100 Thieves Get Their Clean Victory in 2022 LCS Summer Split 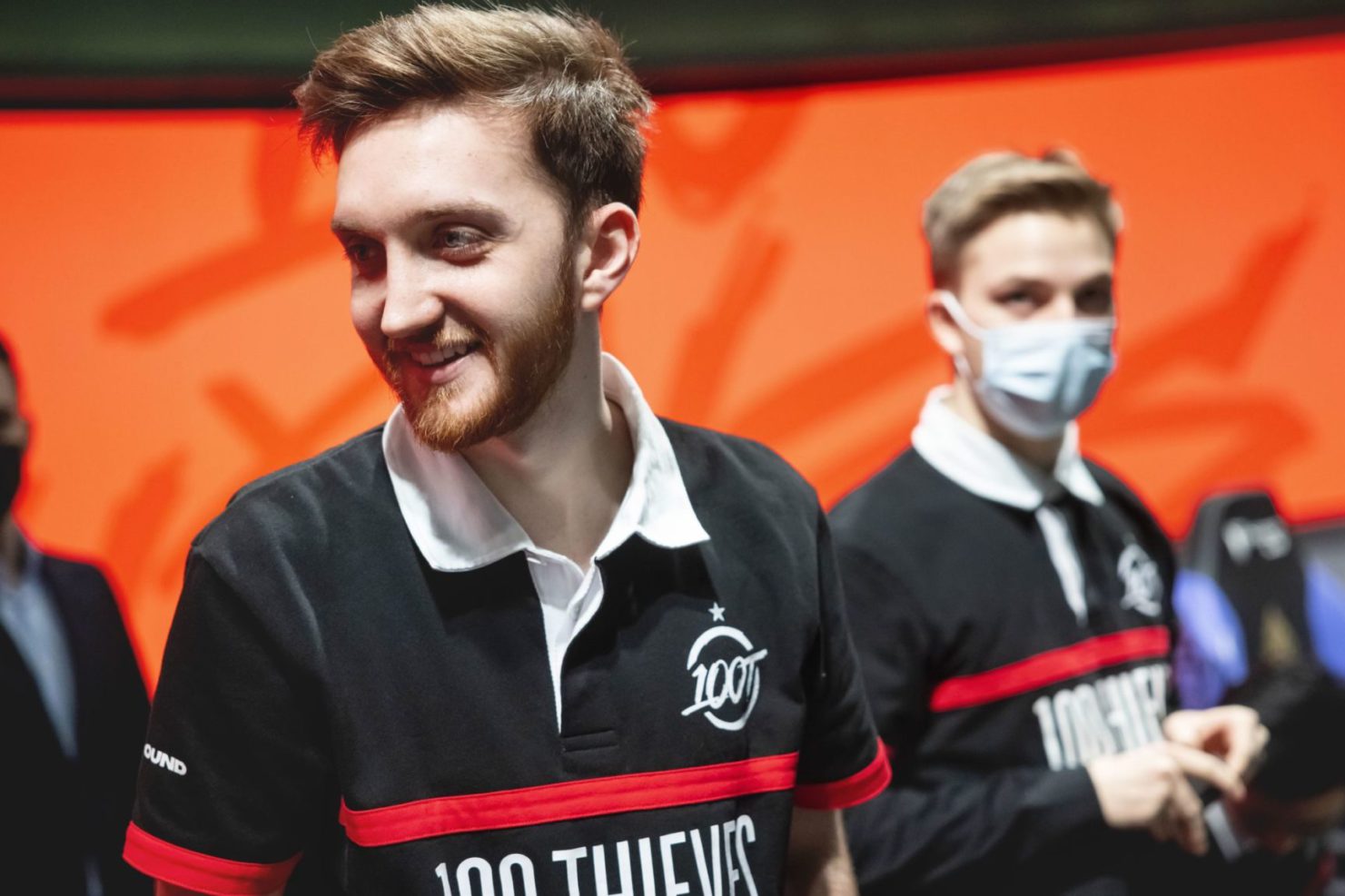 After an excellent victory over FlyQuest last week, TSM fans briefly believed they could have a chance to start their first winning streak of the year. However, 100 Thieves quickly dashed those aspirations with a convincing 27-minute triumph. After taking a step back from pro play due to wrist issues, star top laner Huni made his stage coaching debut. With years of experience under his belt from his time with teams like Fnatic, T1, and TSM, the 24-year-old veteran stepped under the spotlight with his young squad. Unfortunately for him, his inexperienced lineup was outplayed by the more experienced roster of 100 Thieves.

Throughout the game, TSM tried to find success by controlling multiple objectives around the map. This was easier said that done, however, since every 100 Thieves laner had an advantage over their opponent. Whether it was Ssumday bullying away Soul with his superior Gnar poke or FBI dominating the 2v2 phase with Huhi, TSM never had proper priority over the map for them to take objectives without losing players in the process.

TSM secured Rift Herald, but lost the ensuing teamfight because Closer was able to force Soul away with a well-timed gank. As a result, TSM had to take a lopsided skirmish leading to more gold for their opponents. In a similar fashion, TSM went for a dragon take at the 22-minute mark, only for them to get destroyed in the following teamfight, leading to a free Baron buff for 100 Thieves.

The Thieves were simply far more coordinated and confident in their teamfight execution, setting up easy engages with Lissandra’s ultimate, Trundle pillar, Gnar ultimate, and Tahm Kench knock-up. FBI also provided enough late-game damage due to his massive early-game lead, and lead the way with six kills and four assists with no deaths.

100 Thieves remain in the race for the top of the standings, tied with Team Liquid in second place with a 7-3 record. TSM, on the other hand, must pick up the pieces after another disappointing loss to start off their week. They’ll have a chance to redeem themselves when they take the stage against Immortals tomorrow at 5:30pm CT.