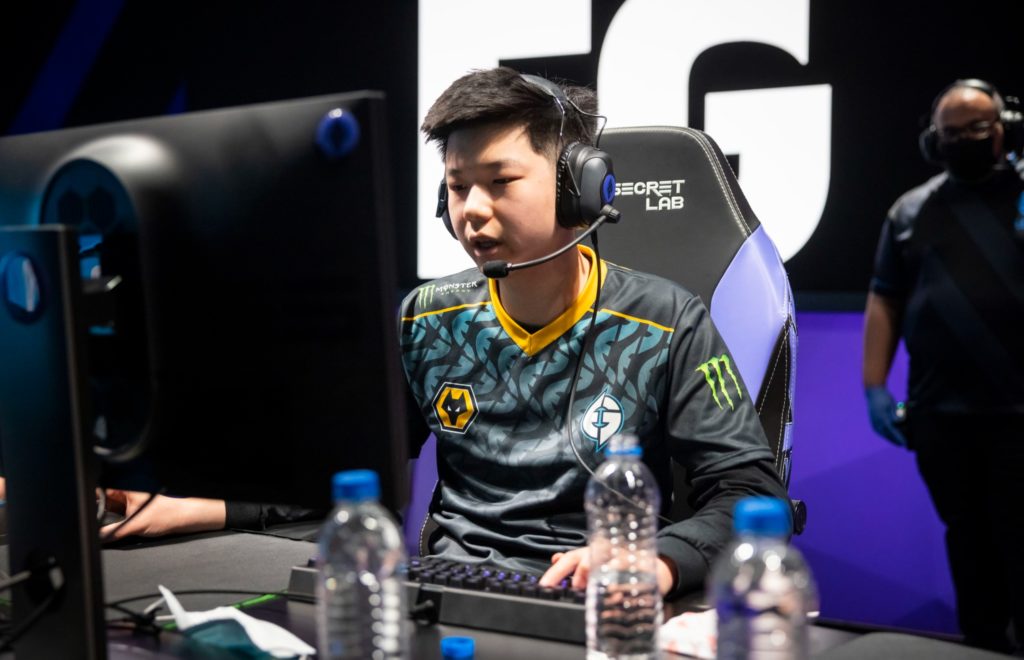 The third week of the LCS Spring Split set the bar for the 2022 season for those who enjoy bizarre storylines and topsy-turvy results with their pro League of Legends.

We’re only six games through the schedule, and it’s already looking like week three of the season is going to be a tough act to follow. In a span of 24 hours, Cloud9 parted ways with the most talked-about coach in the league’s history after just four games, Evil Geniuses and Immortals locked themselves in an hour-long Chronobreak, and TSM continued the worst opening stretch of games in their franchise’s history after losing five of their first six games.

The LCS is turning into a must-watch event, with underdogs like FlyQuest and Dignitas rising up to stake their claim on the top half of the playoff race, while titanic organizations like 100 Thieves and Team Liquid continue to dominate the apex of the league. It’s hard to believe, but we’re already a third of the way through the Spring Split. And with the first “superweek” of the split coming up this weekend to close out the season’s first round robin, LCS fans should expect to get a clearer look at which teams are built for the playoff race.

We asked our staff of League writers to rank the teams of the LCS after three weeks of play in the 2022 LCS regular season. Here are our LCS power rankings heading into the long-awaited superweek.

TSM and CLG face off this week in what is surely the most underwhelming chapter of the LCS’s oldest rivalry. But because it has been such an intense rivalry over the years, and with last place in the standings likely awaiting the loser, you can be sure these two teams will play harder than they have all split.

This week, TSM have to prove that funneling Tactical with gold and resources isn’t the only way they can win, despite his record-setting capabilities. With the changes targeted at roaming enchanter top laners finally hitting pro play, they might have to adapt or die.

CLG jungler Contractz has, so far, been the exact opposite of what fans of his team (and of the LCS in general) were hoping he would be as the presumptive in-game leader of a young team. Contractz had just come off a string of games on Evil Geniuses at the end of the prior split that demanded he be a starter in the LCS. But this year, his 35 deaths through six games are the most by a wide margin, and he holds a league-worst 1.14 KDA (also the worst by a significant margin). Thankfully for them, Immortals, TSM, and EG could not be an easier batch of teams to face this week—at least according to their combined 5-13 records. If CLG go 0-3 this week, wrap it up and pray for next split. This team needs one, ideally two, convincing wins this week.

It’s not all doom and gloom for Immortals—far from it. Thanks to TSM’s and CLG’s combined 2-10 record and EG stumbling to a surprising degree out of the gate, Immortals’ prospects don’t look too shabby given their 2-4 record. They’ve already played (and beaten!) EG and 100T, and face CLG, FlyQuest, and Golden Guardians this upcoming superweek. Those are all very winnable games, albeit to varying degrees. Revenge has shown he is a piece worth building around, and the rest of the talent and experience on the roster, perhaps none more important than AD carry Wildturtle in this meta, will likely keep Immortals afloat. Playoffs might be a stretch for this squad, but don’t expect them to go quietly into that good night.

In a tumultuous week three with teams dramatically rising and falling, Golden Guardians and EG have stalled out. As EG fell two places in the power rankings and Golden Guardians remained stagnant with a 1-1 week, the pair of teams find themselves in the periphery of the playoff picture.

Golden Guardians followed their breakout week two with two decisive games, the team falling on both sides of landslide results. The up-and-coming squad had its worst showing of the split against 100T, failing to secure a single neutral objective and accruing a 14,000-gold deficit by the end of the match.

Former LCS Lock In finalists EG find themselves two spots down with a 2-4 record. EG have struggled throughout the regular season thus far in nearly every metric, however, week three exacerbated these issues. In week three, EG posted the lowest combined K/D (0.36), a zero-percent Herald control rate, and a negative gold-spent difference (-1.26).

EG have clear potential, contending with current top teams in the LCS previously though have fallen hard since the start of spring. Most of EG’s ailments come from late-game decision-making, as the team’s gold deficits ballooned in the final 10 minutes of both games in week three. While EG have plenty of ground to make up for, it is not an impossible task for the squad.

Cloud9 entered the 2022 LCS Spring Split as a team many were looking forward to seeing perform on stage. At the helm of the multi-time LCS champion organization’s League team was Nick “LS” De Cesare, an influential figure in the scene for years known for finding alternatives to meta quarrels. LS has constructed a team of returning C9 veterans, as well as a handful of up-and-coming Korean talent, all meshed together into a version of C9 unlike fans had ever seen—that is, until this past weekend.

Minutes before their League team was to perform on stage, C9 revealed that LS had been let go from the organization, and that Max Waldo was being promoted to the team’s head coach. The move was attributed to coaching differences LS had from the structure C9 had established over years. This resulted in a more standard meta team composition in their match against CLG, one that the team did not appear too comfortable on, ultimately handing CLG their first win of the split.

Their next match against TSM looked sloppy once more, marking the worst early game C9 had endured thus far in the Spring Split. Though C9 ultimately took advantage of Blaber’s ability to steal multiple game-changing objectives, scoring him a 46.7-percent kill participation, the game required a backdoor Teleport to secure a victory.

The immediate future for C9 is anything but clear now that their performances as a team are being overlooked in favor of controversies regarding this major coaching shift. Due to this shaky weekend of faltering performances, C9 fall in our power rankings but have a lot of time to make things right once more under the watchful eye of Max Waldo.

It was a heated point of discussion among our power rankers this week as to whether FlyQuest truly are the second-best team in the LCS like the standings say they are. By the time the votes were counted, just one-tenth of a decimal point separated FlyQuest from 100T in our staff’s vote, with FlyQuest settling for third in our rankings.

Still though, FlyQuest have plenty to be proud of three weeks into the regular season. With five wins in six games under their belt, the team’s meteoric rise to contention has left all premonitions of a 10th-place finish any preseason seers and analysts (like ourselves) might have had. And, to sweeten the pot, the toughest part of the first round robin is behind FlyQuest at this point, with games against Team Liquid and 100T in the rearview mirror. This weekend, FlyQuest’s superweek opponents include the quickly sliding Evil Geniuses, a flip-floppy, relatively beatable Immortals squad, and a discombobulated, structurally shattered C9 that are coming off one of the wildest weekends in their org’s history. If there was ever a time for FlyQuest to prove they have the edge on practically the entire league, it’s now.

As for Dignitas, they didn’t necessarily earn their way up our table this week. It’s rare for a team to climb two spots in the rankings after posting a winless week. But with teams like EG and C9 seemingly falling apart in the span of three days, it’s easy to fall upwards while going 0-2 if you’re Dignitas. This weekend, they’ll look to get back on course, despite a relatively tough schedule that features games against C9, Liquid, and 100T.

No one should be surprised to see these two teams at the top of the food chain in North America. Liquid and 100T came into the 2022 Spring Split with a very small amount of uncertainty, boasting proven, star-studded lineups with players who’ve all won a regional championship before.

Liquid have hit their stride in week two with the arrival of CoreJJ and are looking downright scary. This team looked strong from the first minute of their games onward, and has some of the smartest minds in the game when it comes to their macro play. Through their last weekend, they maintained an average difference of 3,065 gold at 15 minutes and were untouchable as the game went on.

100T, on the other hand, might have squeaked into a top two position after beating CLG but losing to FlyQuest. They’re still one of the best teams in the league and they’re still a strong betting favorite to have a deep postseason run to defend their title. But right now, they’re about to be challenged by a surging FlyQuest squad that have won five of their last six games. Granted, FlyQuest have had a fairly easy schedule so far with 100T being the only team they’ve played in the top four, while the Thieves have already taken on Liquid and EG.

This coming weekend will be telling for 100T’s status as a contender, if they want to gain some ground against the top two teams in the league.