After Fight For Ocean Soul, Evil Geniuses Edge Out Liquid 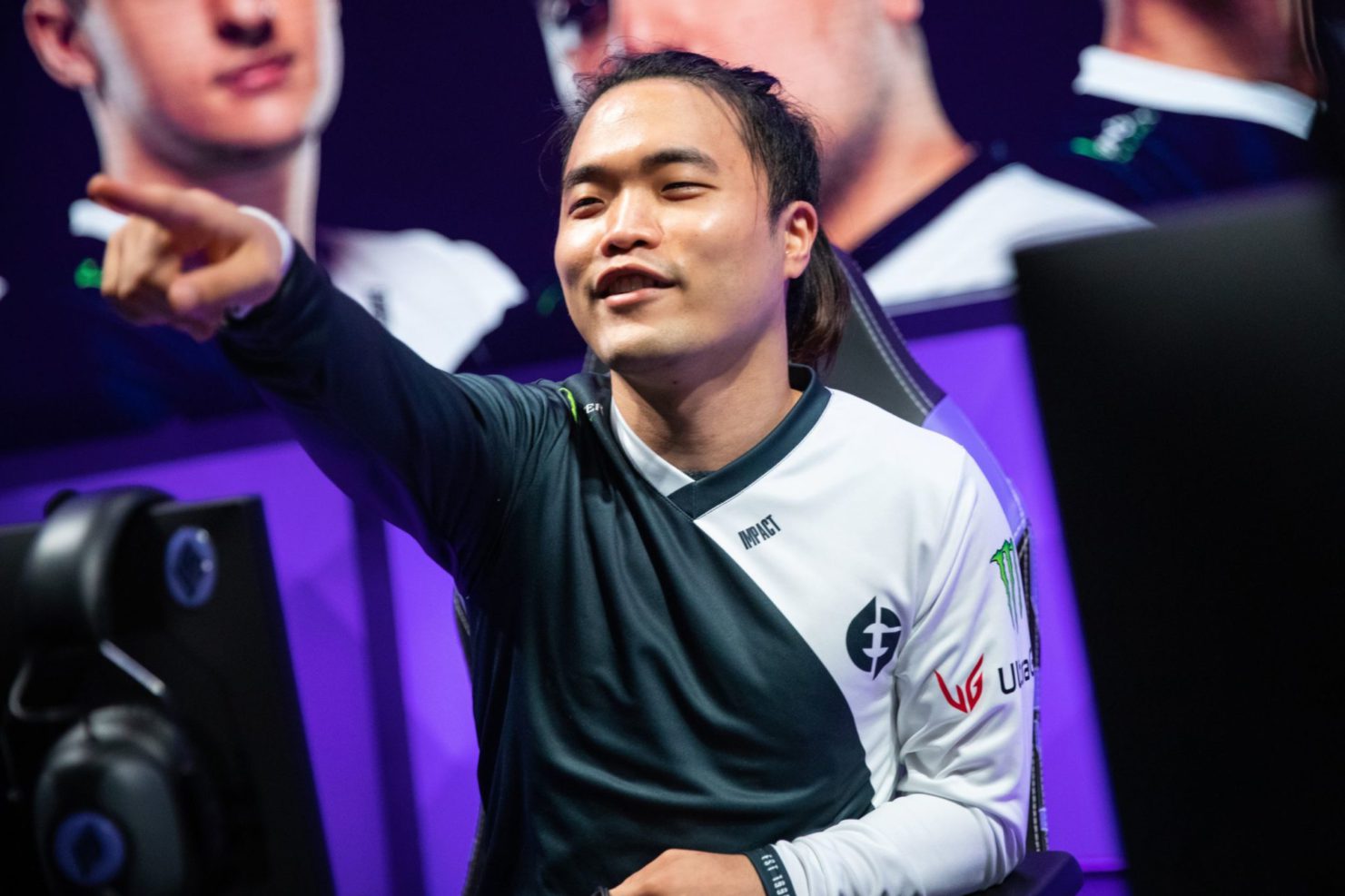 As the early game tempo was set, Team Liquid displayed a deep lineup of players. However, following a game-changing fight for Ocean Soul, EG played spoiler, resulting in an exciting conclusion to the highly anticipated showdown between the two.

In their second game of the day, Liquid swapped out the bot lane of Hans Sama and Team Liquid Academy support Eyla for counterparts Yeon and team captain Corejj. The team looked towards taking down EG, a heavy favorite for the LCS Lock In Tournament.

The highly anticipated match began but was paused shortly after kickoff due to a bug investigation, resulting in a Chronobreak offer to Liquid, which they declined. The game continued, and the incident was soon followed by a solo kill from EG’s top laner Impact.

On the other side, Liquid Academy bot laner Yeon got off to a very strong start on Aphelios, garnering a 4/1/1 scoreline at the15-minute mark after winning a fight at Rift Herald. The advantage wasn’t enough to snowball a lead, though, and EG used efficient map movements to mitigate any damage done. Both teams battled closely throughout the game and continued to trade kills and objectives throughout the mid-portion of the game.

Liquid felt like the favorites throughout the game due to their constant tempo advantages following even fights. That outlook lasted until EG’s new support Vulcan found an amazing engagement on the Rakan, leading to them being able to ace Liquid and grab the Ocean Soul, bringing the game back to even ground again. The teams battled for mid-priority as abilities and auto-attacks were thrown out to little damage on both sides.

HUGE fight for @EvilGeniuses as they take control of Ocean Soul! #LCS pic.twitter.com/FkKdOd9FV1

The game was then brought for one final Elder Dragon fight as EG’s rookie mid laner pushed for the Nexus on Corki, barely unable to land the final blow on the Nexus, as EG top laner Impact tried to run away from the enemy base and the flanking Liquid. But an over-the-wall kill from EG AD carry Danny onto Corejj let EG make a second push towards the Nexus, this time ending the game.

The game was a nice teaser to what LCS viewers can expect from the upper echelon of the league. With both teams playing with most of their intended starting lineups, the day two highlight did not disappoint with both teams showing how strong they can be in 2022.

Liquid now look towards their game against CLG tomorrow, when the preseason favorites look to take down the rising stars on day 3 of the LCS Lock In Tournament. Meanwhile, the day is not over for EG just yet. After an exhilarating first game of the tournament, they will also look to take down the exciting new CLG lineup in today’s final match, which kicks off at 7:30pm CT.