All you Need to Know About the Downfall of Nobel Esports 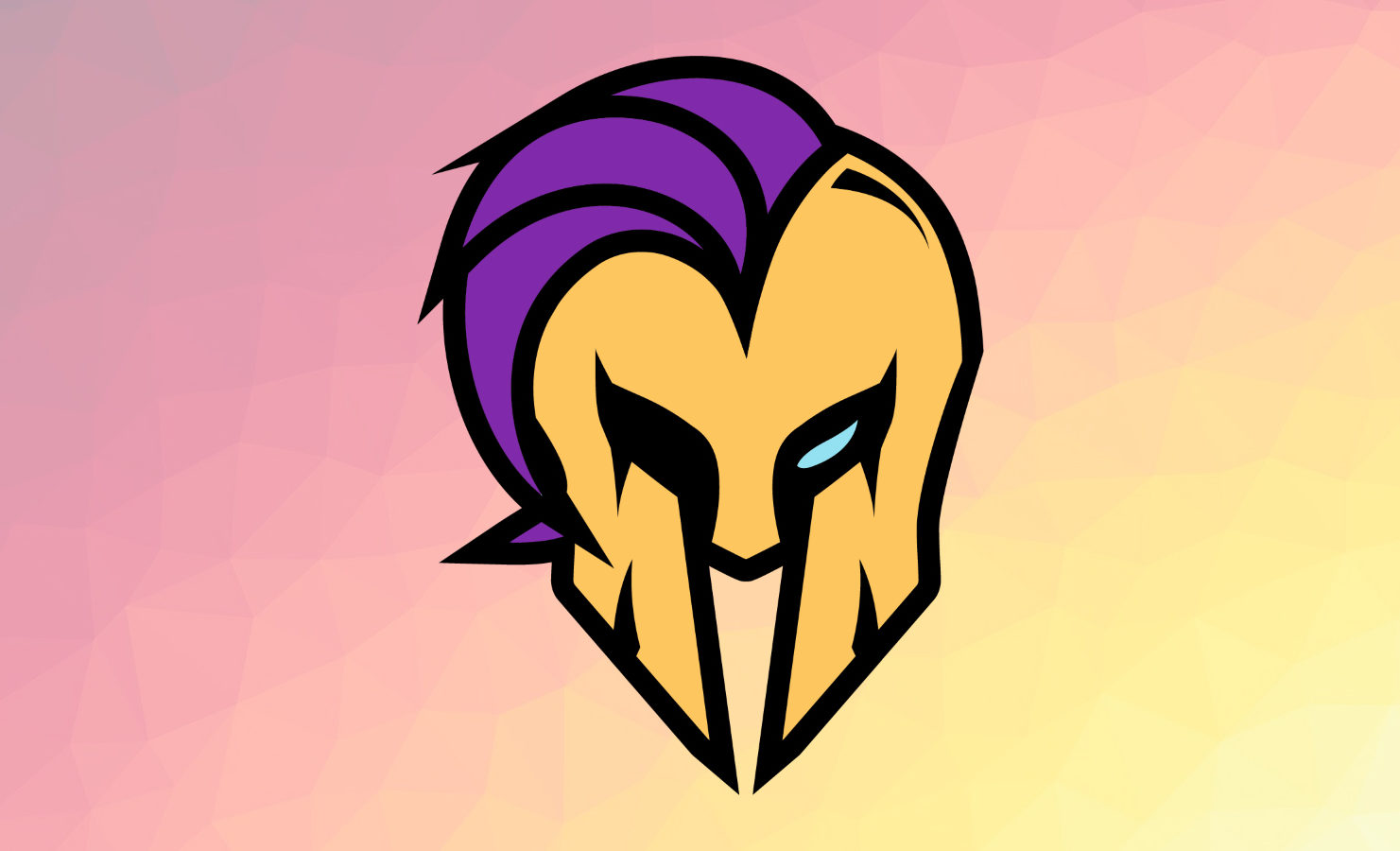 Former employees spoke about the chaotic, crypto-tinged climate that led to a public organizational implosion. All elements of the esports business went black after social media managers took over the company’s Twitter account to demand unpaid payment. Its Twitter account was disabled, and staff at all levels tweeted their resignations, as well as the several outstanding balances owing to them by Noble.

The public meltdown may have been entertaining for internet denizens, but for Noble’s staff and signed players, it was a catastrophe months in the making.

Multiple former employees, including Noble’s CEO, have shared their stories with Dot Esports in an effort to bring the company’s missteps—attributed mostly to its cryptocurrency-obsessed owner—to light.

Noble has weathered multiple scandals over the years, from the improper division of Halo prize money to extensive accusations of sexual harassment against the organization’s former founder, Paul “Recon” Radil.

In July 2020, Florida investor Kyle McDougal purchased all of Noble’s assets, effectively removing Recon from the company and giving it a clean slate. This $200,000 purchase and promise of a new start came at the behest of former employee Cory “Fenix” Carruth, who rejoined as CEO under McDougal. Fenix had previously left the company after a Rocket League deal fell through and accusations about Recon surfaced.

With ample capital from McDougal and Fenix’s scouting abilities, the organization started racking up deals and new teams. This push toward new frontiers was more of a red flag than a symbol of hope, however.

Noble acquired mobile gaming teams in India near the end of 2020. One team, for PUBG Mobile, was put up in a rented house and given $20,000 worth of new iPhones, Fenix told Dot Esports. That cash flow soon stopped, however, and the players couldn’t contact McDougal, according to Fenix and prior reports from AFK Gaming. When the players started messaging Fenix for help, McDougal’s solution was unconventional.

“[He said] ‘If they want, they can sell their phones for their salary’ and I was like, ‘Nope, that’s not how esports works,’” Fenix said. It was the first of many signs, according to multiple sources, that McDougal’s handle on the organization’s money wasn’t stable and his treatment of employees was less than stellar.

After scandals involving the Indian teams got increased press, McDougal wanted to sell Noble, according to Fenix. Around February or March 2021, “he said he wanted to sell Noble because he didn’t want to pay for anything anymore. He’s done,” Fenix said.

As Fenix searched for possible buyers, including the Tampa Bay Buccaneers, McDougal began contacting cryptocurrency companies using the Noble Esports Twitter account. While initial tweets to the organization were deleted, Fenix later reached out to Safemoon with a brand-appropriate tweet. As a result, the crypto company was in talks to purchase Noble, but a deal wasn’t made.

McDougal was inspired to create his own token from the experience, however, and Nobility Token was born. Seven percent of the token goes to holders, two percent is put back into the system, and another two percent is put into an “esports wallet” for eventual tournament pools.

With supporters like FaZe Clan co-owner David Chen on board, it was heralded as a success. For employees of Noble, however, it signaled the eventual demise of the company.

“Things got rocky around the time the coin was created. It pretty much was built off the back of Noble,” said an employee who wished to remain anonymous. “It started to become that we could not do anything for or with Noble without it being tied back to the coin.”

Partnerships manager Dan “Dizbog” Goodman, whose Feb. 7 farewell message encouraged other employees to speak out against Noble, corroborated that claim. “[McDougal] cared too much about Nobility. Any and every partner I tried to bring Noble was automatically in his conversation,” he said.

Numerous game publishers, such as Epic Games and Activision Blizzard Entertainment, did not approve of tournaments held with their titles if cryptocurrency was involved, multiple sources said. This got Noble into hot water with representatives of those companies more than a few times.

Favoritism was openly shown to those who worked with Nobility. Graphics artist Vincent “Caolo” Bubolo, who worked for Noble for six months, says he’s one of the only employees who has been paid for his work in 2022 solely because he’s also contracted with Nobility.

After asking for a raise in the esports division, an opportunity arose near the end of 2021 for Caolo to do additional work for Nobility and double his salary. He signed a six-month contract and “was never once asked to do anything for Nobility,” he said. “Just because I signed with Nobility I got double my pay to do the same work I had been doing. If I hadn’t, I wouldn’t have even gotten a raise.”

“Nobility was built off the back of Noble, but Noble was not being nurtured individually in the ways it needed,” an employee said.

After Dizbog’s farewell post circulated, a member of Noble’s social team posted a message on the company’s Twitter that demanded payment for all of the company’s employees. Noble’s Twitter was temporarily deactivated soon after, an action that multiple employees attribute to McDougal.

This is, apparently, not an isolated incident. “In the past, he has used the Twitter and Instagram accounts to express personal opinions about politics and cryptocurrency and delete the social media team’s posts that he didn’t like,” an anonymous employee claimed. “He has consistently shown a lack of responsibility or consideration for his employees’ work on the Noble brand.”

A former employee accused McDougal of liking posts supporting former President Donald Trump using the company account, which the creative team later had to unlike once supporters noticed.

Multiple employees—who all wished to not be identified for fear of retaliation—recounted an event in which McDougal berated them for spreading a “political agenda” when they made a post about Trans Visibility Day. He later deleted their post.

“Noble was a place with a lot of heightened anxiety,” one employee said. “[We] often felt that we were not allowed to do our jobs correctly, and lower management often felt they could not advocate for us without risk of termination. All of us on the content team have either experienced or witnessed verbal abuse from [McDougal].”

When a former employee needed to take a mental health day, Fenix claims that McDougal’s response was, “[They’re] taking a mental health day? What a pussy.” Fenix was later reluctant to reveal his own struggles within the team as a result.

End of the line

Fatal issues started to arise in the Noble organization near the end of November 2021 as the holidays approached, multiple sources attested. Feeling neglected, staff stopped posting updates and the “quality dropped,” Dizbog said.

Most importantly, the responsibility for payment shifted from Fenix to McDougal at the end of 2021. In a statement posted to Noble’s social media after the Feb. 7 firestorm, McDougal said the system was switched over to “a company bank account,” which was also flagged for using cryptocurrency. This bank account is McDougal’s personal account, according to Fenix.

Before that point, Fenix was in charge of payments, which were made through PayPal. Because of the amounts, they had to be “okayed” by McDougal, who allegedly dragged his feet on the matter. “I’m paying [the employees] through PayPal and it freezes up and he gets mad while he does it,” Fenix said, saying McDougal often questioned the monetary value of staff members and players.

Neither Fenix nor any of the other sources knew why, exactly, the payment process was moved to a physical bank account. Multiple employees, however, said that PayPal fees were a problem but never hit the “tens of thousands of dollars” McDougal claimed in his statement.

In January and early February, payments began to stop and, predictably, players and staff members began to complain. When a high-level employee repeatedly brought up unpaid invoices in their ranks and asked for receipts, they were targeted to be fired by McDougal. This idea was expressed to Fenix.

Instead of firing them, Fenix offered up his own pay for a month to keep two of his employees off the chopping block.

While many members of Noble’s staff saw the Feb. 7 meltdown coming, some were left in shock. One content creator says she’ll get nothing after being promised a contract at the end of the month. Many more are still waiting for long-promised payments.

One artist, Niki Carver, is still waiting on her December paycheck from Noble. Communication in January was “sparse,” she said, but no messages have been answered in a few weeks. Caolo, however, was paid for December and was even paid on time for January 2022, something he attributes to his work with Nobility.

Designer Jaida George did contract work for Noble in July 2021 and then helped design the company’s merchandise line at the end of the year. Though her original July contract said she’d “receive payment for [her] services within 48 hours of a reasonable request,” she didn’t receive payment until Feb. 8 after publicly talking about her experience with Noble.

Noble’s former players, like Brandon “Toti” Insfran, have also posted about the money the company owes them.

Multiple sources said the organization owes Fenix at least $15,000. While the CEO didn’t give an exact number, he said Noble does have an outstanding balance for his work.

Every source that spoke with Dot Esports said that Fenix tried his best to do right by his employees during his time at Noble. “Cory fought for us for so many months,” Dizbog said.

“I had a lot of good stuff with [Noble], but unfortunately it was overshadowed by a lot of the bad shit,” Fenix said. “I’m sad because Noble took it on the chin and Noble got destroyed from it.”

One overarching feeling was reflected by all of the sources we contacted: that of survival, together. “Every single person played a part in turning this shit around,” Fenix said. “It was a team effort.”

“My message above all else is—despite everything that’s happened—this org was not corrupt and I can attest that almost everyone cared deeply,” an anonymous content creator said. “I won’t let one man’s greed erase that.”

At time of publication, McDougal has not responded to Dot Esports’ request for comment.