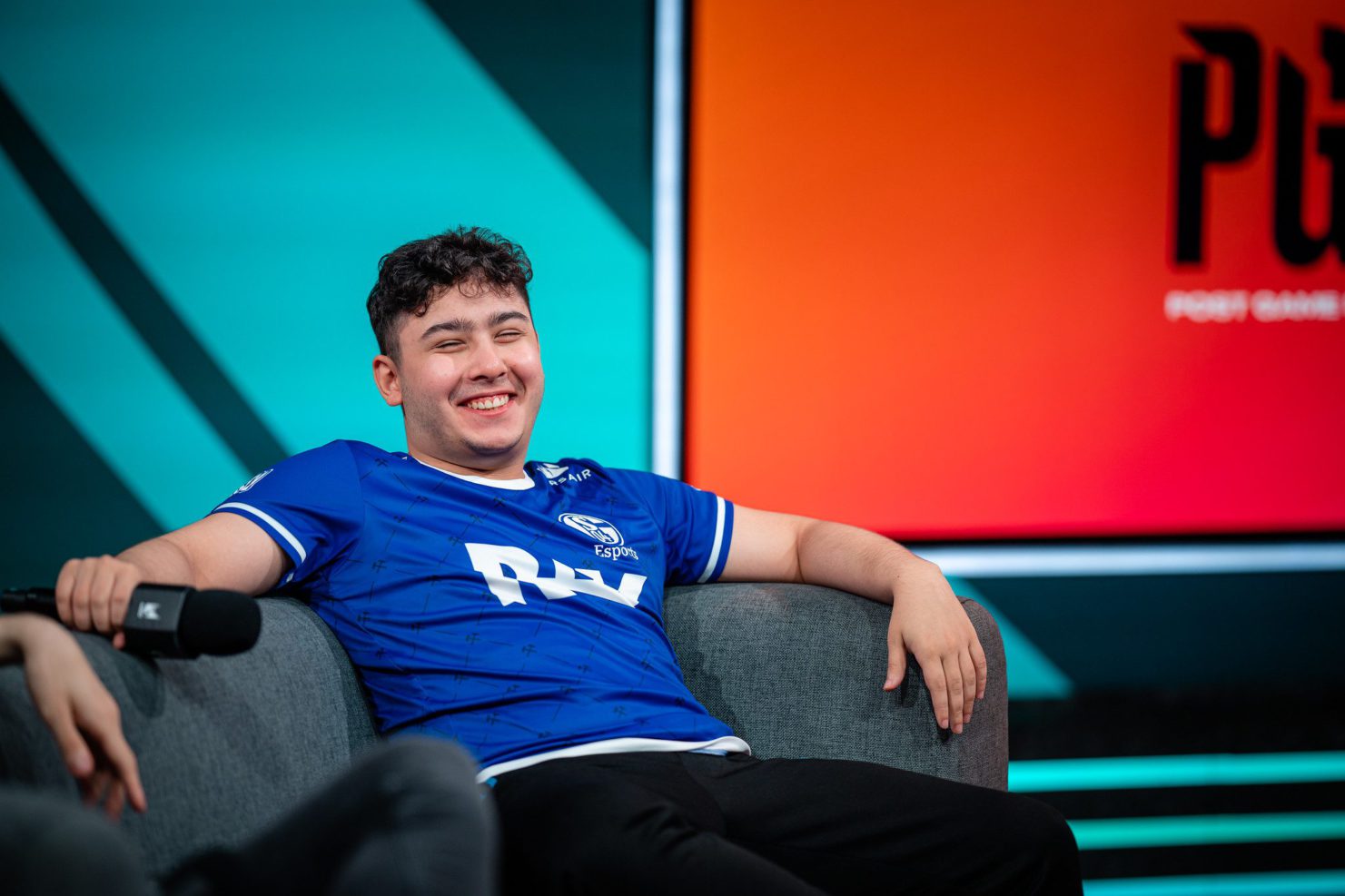 People seem to remember those who win and hold the trophy above their heads in every competitive sport. The feeling of being an afterthought, on the other hand, can weigh heavily on the minds of those who weren’t so fortunate—especially when they’re witnessing it happen in real time. Nothing seems to be able to stop the freefall at that point.

For G2 Esports’ new top laner Broken Blade, this feeling is all too familiar. The 21-year-old League of Legends pro spent the 2021 LEC Summer Split on a last-place Schalke 04 roster that was set to disband at the end of the year, and that experience gave him a much different perspective on the game, as well as an appreciation for the team he has now.

“It’s always hard when you’re losing,” Broken Blade told Dot Esports after G2’s game against SK Gaming in week six. “It’s never easy, especially for teams where not much is expected from… I think it is way easier to keep on winning once you are winning just because of the atmosphere that’s going on, so you always have that good mood.”

The toll that losing has on teammates can be intense since the effect can echo across every part of their lives and the relationships between teammates. Broken Blade said Schalke “had some rough moods in the team when scrims weren’t going as good,” which led to worse results. This also means that when a losing team does finally get the victory screen at the end of a game, it not only floods the team with joy but also lifts a weight off of them momentarily.

Over the past few weekends, underdog squads like SK and Astralis have scraped together a few big wins to keep their spirits high and competition fierce at all levels. Even though G2 dropped a game to SK, Broken Blade thinks not having any pushover rosters is good for the league as a whole since it forces everyone to maintain a high level of play.

“I think SK has players that are still hungry to win, and that is really good for competition,” he said. “Obviously we lost today, which sucks for us, but I think it’s generally good for the league. It’s a nice [and] refreshing thing to see when an underdog team beats one of the better teams in a good fashion as well.”https://95616a84bc75ced3e522b6ee184b4ce0.safeframe.googlesyndication.com/safeframe/1-0-38/html/container.html

Now, after having experienced a losing season with Schalke, Broken Blade is ready to hone himself with his new teammates on G2. They haven’t been together for too long, but he and his team have already shown how strong they can be with a limited amount of time and practice.

Two key players who have helped bring the talented top laner into the fold were the team’s superstar mid-jungle duo, Caps and Jankos—the only members remaining after G2’s big roster shuffle at the end of 2021. As the longest-tenured players in the organization and two of the most successful players in European history, they’ve been a boon to Broken Blade’s improvements as a player, both on and off Summoner’s Rift.

“It was pretty easy in the beginning because they’re both really open-minded and well-spoken players,” Broken Blade said. “They can speak very well and it’s really easy to get to know them, and talk about the game. They both talk about the game a lot, so it was easy for me to introduce myself to the team. I think it’s been great so far and I’ve been enjoying it.”

Since Broken Blade slotted in well with G2’s powerful mid-jungle, this has given the players and coaching staff the agency to experiment around their new bottom lane over the past couple of weeks—and the top laner confirmed that these strategies have worked well in practice.

Support player Raphaël “Targamas” Crabbé did spend one split in the league with Giants Gaming in 2018, but he and AD carry Victor “Flakked” Lirola are considered to be part of the league’s freshman class of rookies. Together, they’ve held the fort down as one of the LEC’s most promising combos and are a huge part of G2’s future.

With such young prospects joining the team, however, Broken Blade believes the team still has a lot of potential—and a lot to work on—to become the best version of themselves by the time the regular season ends. For example, one of the most important things the young star wants to maintain as the year goes by is the rapport he and the team have together.

“I think it’s really important to have good relationships outside of the game,” he said. “Everyone here tries as much as possible—not only the players, [but] also the staff, they’re all really well placed in the whole environment that we have. Everybody is different, right? So everyone tries to adapt to each other and each day goes by and we learn something new, which is great because we haven’t been playing [together] for so long.”

There’s still a lot of time left before the season kicks into overdrive for the playoffs, but G2 look poised to make another run for the championship. And yet, there is still a lot of room for success and failure.

League is a fickle mistress sometimes, and even the best of teams can suddenly stumble from their comfortable perch at the top of the table. But if you’ve already tasted the bitter notes of defeat like G2 and Broken Blade have, you’ll do everything it takes to stay above the clouds.