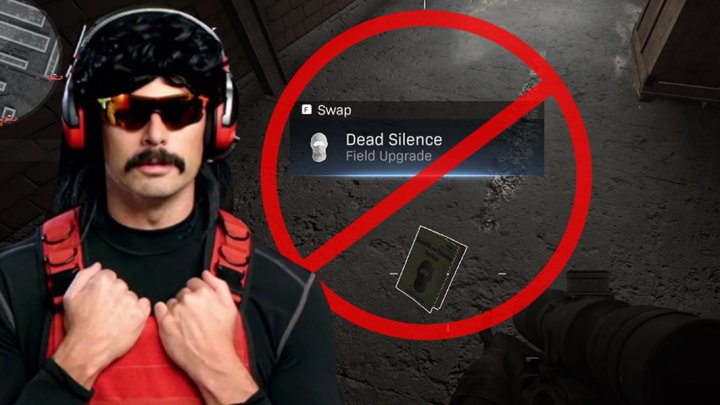 This time around the Doc has been talking about Raven Software, the developer behind Warzone, and how they lied about nerfing Dead Silence, a perk that’s not exactly loved by the community and has been a sore topic of discussion. While some changes did seep through as Warzone moved on to the Pacific era, Dr Disrespect still isn’t happy about the state of the perk, still thinking it’s a bit too effective.

In his most recent stream he got caught out by someone sneaking around using the perk, which led to him blasting the developers about the perk. “I thought they nerfed it? No, they just did fake f***ing PR for the game, to sell the new season. […] How many times do we have to say that we don’t want it. It’s still there! For whatever reason it’s still there, I don’t want it in the game anymore.”

The rant ended with Doc discussing that he’d be uninstalling the game, but he’s thrown that threat around before. He certainly isn’t the only player that is still having issues with the Dead Silence perk and fans have been pushing for further chances. We’ll have to wait and see if Raven Software is willing to nerf the perk even further.