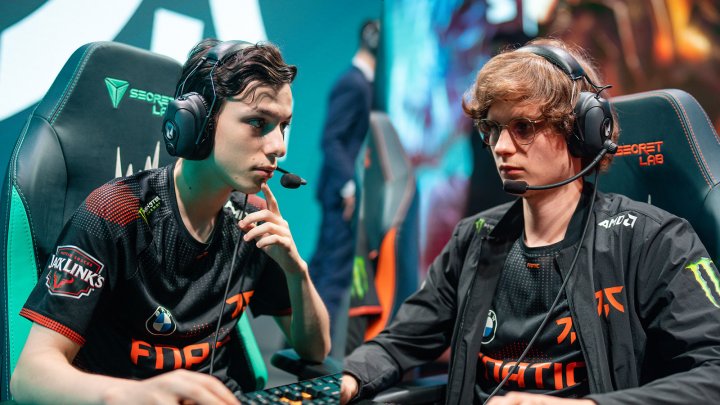 The feud between Upset and Adam doesn’t seem to be over, as Upset’s wife is reportedly getting harassed by angry fans.

Things didn’t go according to plan for Fnatic at Worlds 2021. Bot laner Upset had to leave last-minute due to an emergency in the family, with the reason behind his absence not disclosed to the public or his teammates. Adam took issue with the situation and in a twitlonger, said he doesn’t think there was a valid reason for Upset to not participate in their Worlds matches. Things have escalated further since, with the drama reaching new heights.

Now top laner Adam, who left Fnatic recently to join up with new LEC team BDS, has changed his in-game name to ‘Lonely Wife UwU’, as a jab towards Upset’s wife Paula and the current situation. Paula took to Twitter and said: “Thanks to this kid, I receive death threats almost every day for no reason.”

Upset himself also chimed in on the situation again following Adam changing his in-game name, calling his actions ‘disgusting’, saying he has tried to resolve the situation to no avail. “Offered to talk to him in person multiple times since, which he ignored every time. At this point he just wants drama, but very disgusting to fuel this hate towards her even more and avoid any real conversation.”