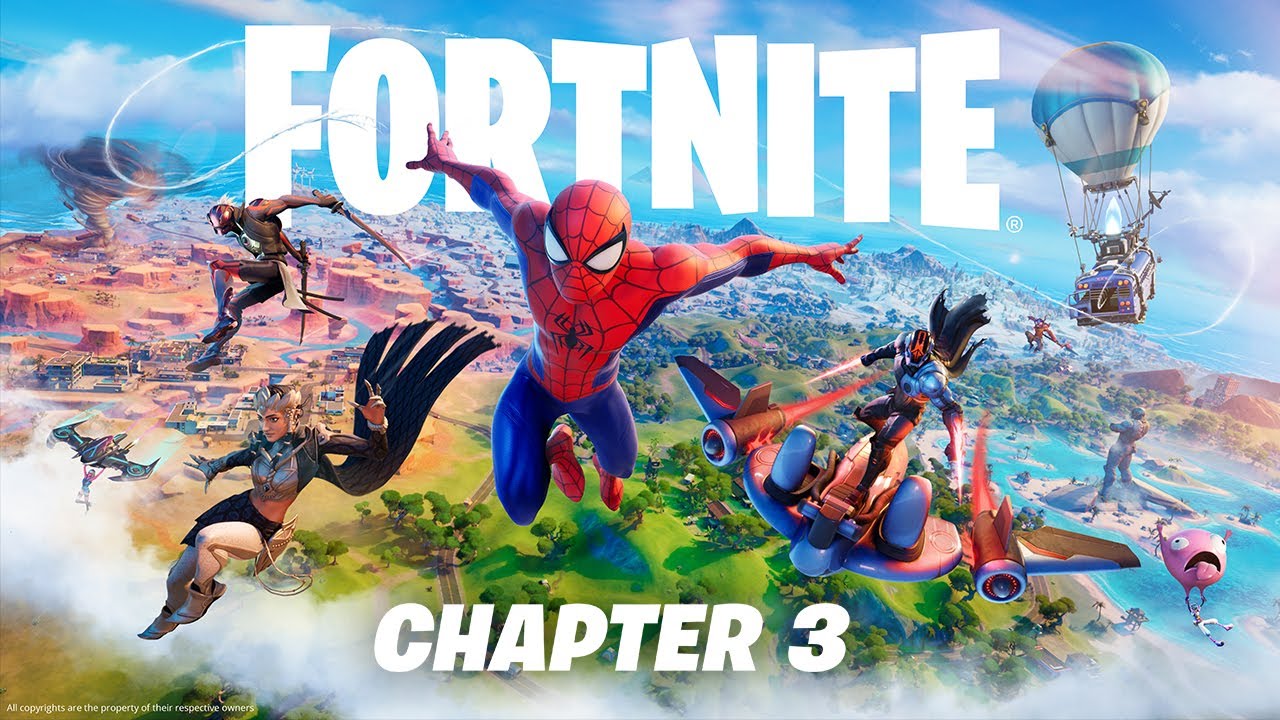 Fortnite is the game that has spawned a slew of collaborations and crossover events. Epic Games essentially established a new standard for intellectual property collaboration. The Polish version of the Season 1 premiere trailer for Chapter 3 was accidentally released, giving fans a sneak peek at what’s in store.

Although being taken down pretty quickly the damage had already been done, and the trailer now lives on for everyone to see. The trailer shows us many things, including appearances from Spider-Man and Gears of War’s Marcus Fenix. With Spider-Man in the picture, a new gadget might be coming soon, making everyone fuel their inner web-slinging.

Among other things and changes, is the upgrade to Unreal Engine 5, making the game look better than ever. New animations and visual effects are added, such as chopped down trees that don’t disappear like before but leave behind a distinct mark.

As is tradition, every new Chapter introduces a new map. As opposed to the previous maps, the new one seems to be much larger and seems to have a climate for everyone to enjoy, whether that is a desert, a rainforest, snow, or anything else. Get ready for the elements as well because a tornado might be ravaging your drop zone without warning.

A huge addition is a slide, which should work similar to Apex Legends’ sliding system, adding another skill that goes hand-in-hand with the building.

Epic Games continues to build Fortnite lore and continues to add new weapons and gadgets in its game to keep it fresh.