IEM Cologne’s 2 German Teams Are Out of the Tournament 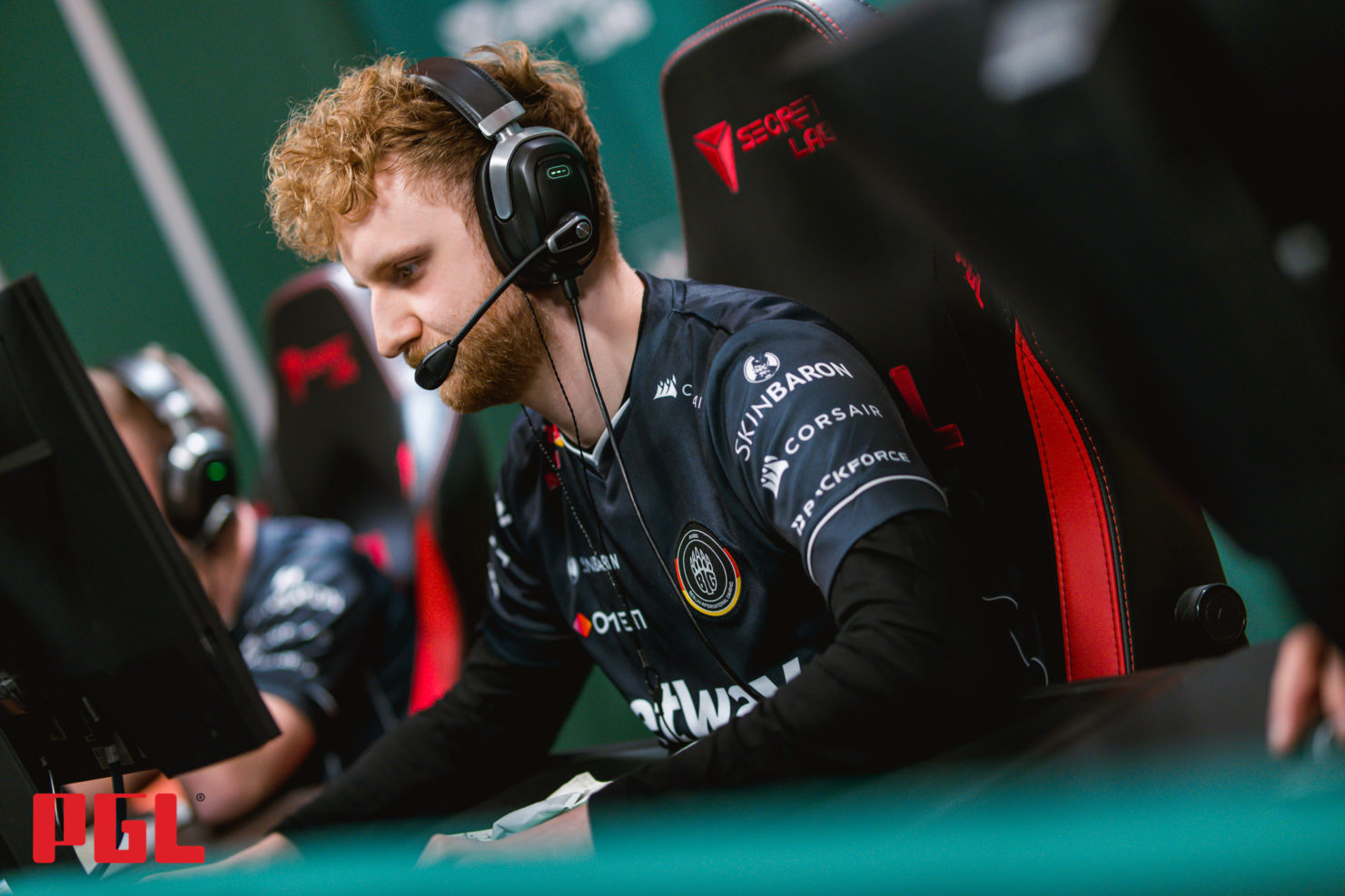 Johannes “tabseN” Wodarz and Florian “syrsoN” Rische lead BIG’s full-German lineup at the moment, and Timo “Spiidi” Richter and Fritz “slaxz-” Dietrich play for Sprout on its CS:GO squad. Only Jon “JDC” de Castro from MOUZ is now still eligible to progress to the IEM Cologne main stage and playoffs.

BIG currently fields a full-German lineup headlined by Johannes “tabseN” Wodarz and Florian “syrsoN” Rische, and Sprout has Timo “Spiidi” Richter and Fritz “slaxz-” Dietrich on its CS:GO team. Now, the only German player who can still advance to the main stage and playoffs of IEM Cologne is Jon “JDC” de Castro from MOUZ.

Sprout were in a great spot to advance and knock out Vitality after they won Vertigo (22-20), but the French-Danish powerhouse took down Sprout on Dust II (16-11) and Overpass (16-10) thanks to stellar performances from the former Astralis duo of Emil “Magisk” Reif and Peter “dupreeh” Rasmussen.

BIG, on the other hand, were expected to at least reach the main stage of IEM Cologne after they put up impressive showings at IEM Dallas, Pinnacle Cup Championship, and Roobet Cup during June. The all-German side, however, started their match against Astralis with a tough 16-14 loss on Nuke and tied the series on Dust II (16-13) in another hard-fought map. BIG seemingly ran out of gas on Overpass, while Astralis had Benjamin “blameF” Bremer and Kristian “k0nfig” Wienecke paving the way for their 16-11 victory.

This loss to Astralis is a tough way for BIG to finish the first half of the CS:GO season. They have been doing well since the addition of Fatih “gob b” Dayik as their head coach in May, but the roster has been plagued by issues over the past two weeks. Josef “faveN” Baumann was ill and had to be substituted by former main team player and current academy player Nils “k1to” Gruhne.

The play-in stage of IEM Cologne will finish today after Imperial vs. 00 Nation and TYLOO vs. MOUZ. The main stage kicks off tomorrow and the tournament ends on July 17.