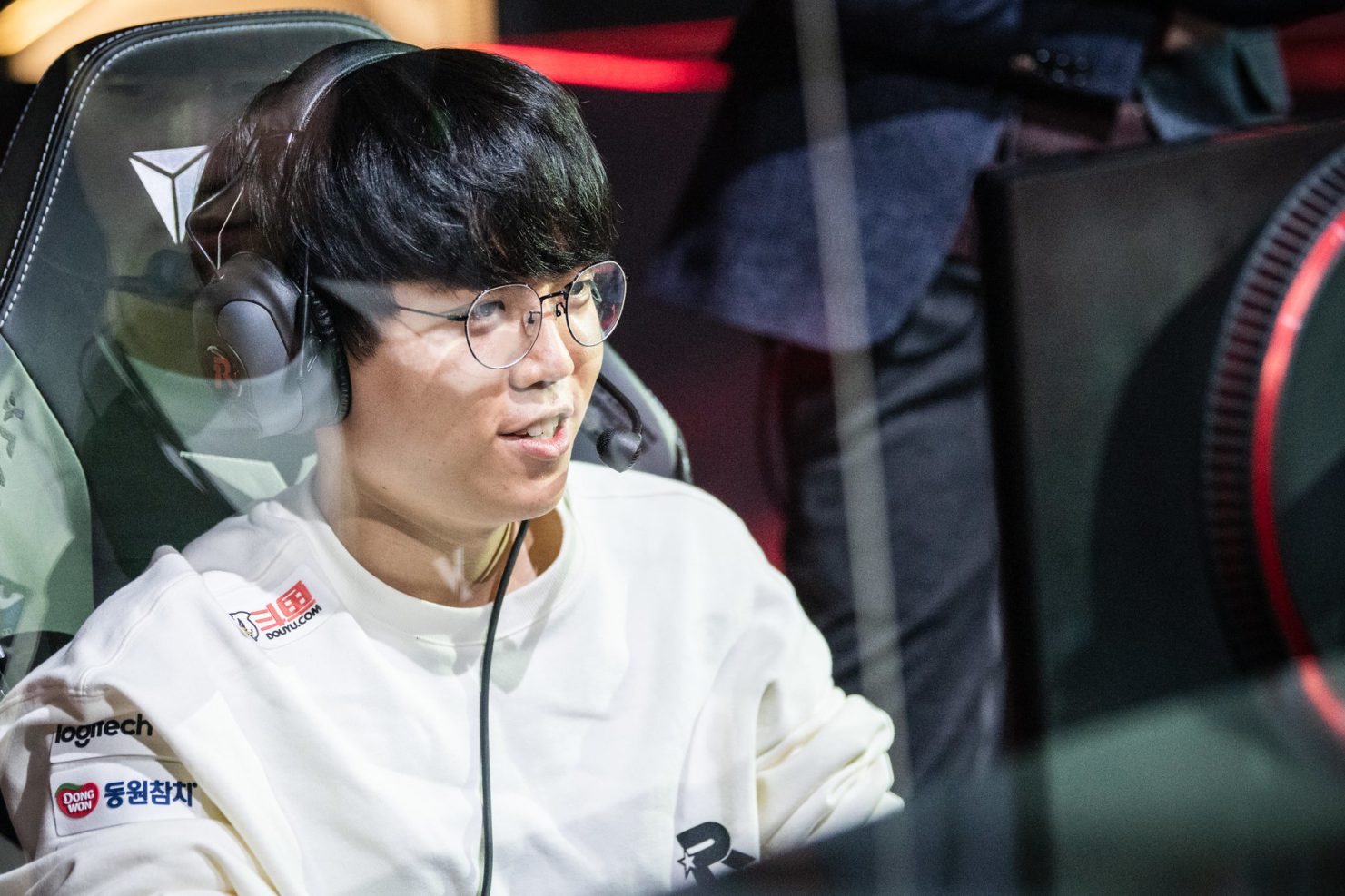 After a 2-1 victory over Nongshim RedForce in the last days of the 2022 LCK Spring Split‘s regular season, KT Rolster has moved back into a playoff place, improving to 7-10. Similar to their logo, KT’s season has been a rollercoaster of emotions. Initially, they began the split strong with a 4-4 record and in a firm hold as the LCK’s fifth-best team. But after a six-series losing streak, they fell down as low as eighth place and with a 4-10 record, and on the precipice of losing a spot in playoffs.

Since then, KT has#ve bounced back. And heading into their game against Nongshim RedForce, all the pressure was on them to win a crucial match to grab their seventh win of the split. While it would not have technically eliminated them from the playoffs race, it would have left control out of their hands and into Fredit BRION and Kwangdong Freecs control.

In game one, KT and Nongshim RedForce battled closely throughout the early game as each fight went back and forth while the gold remained even. KT’s AD carry Aiming was nearly unstoppable on the Kaisa pick, to which he dealt 30,000 damage, the most in the game. In the end, however, Nongshim RedForce AD carry Ghost was able to carry the late-game team fights as KT was left stunned in the team fights.

Down one game against an opponent, they should have been heavy favorites against, KT’s next two games progressively got better to the point where they ended the series on a resounding 25-minute win.

Game two’s first 15 minutes ran similar to game one as both teams battled evenly for map control and pressure. It was not until Aiming took over the game for KT through Jinx’s late-game scaling that helped KT override any pressure Nongshim RedForce acquired through Canna and Ghost. Instead, Aiming took control of the late-game team fights on Jinx and ended the game with a scoreline of 6/1/4.

And in that final deciding game, KT looked unstoppable right from the stretch as KT support Life’s roams on the Karma helped catapult an early-game snowball for KT. This helped both VicLa’s Galio and Aiming’s Caitlyn to build up gargantuan leads over their opposing lakers and ultimately end the game and series in 25 minutes.

After a tumultuous mid-season slump, KT may be close to completing their around the world come back to exactly where they were at the beginning of the split, in fifth place.