LEC Spring Playoffs: The Rivalry of Fnatic and G2 is Back 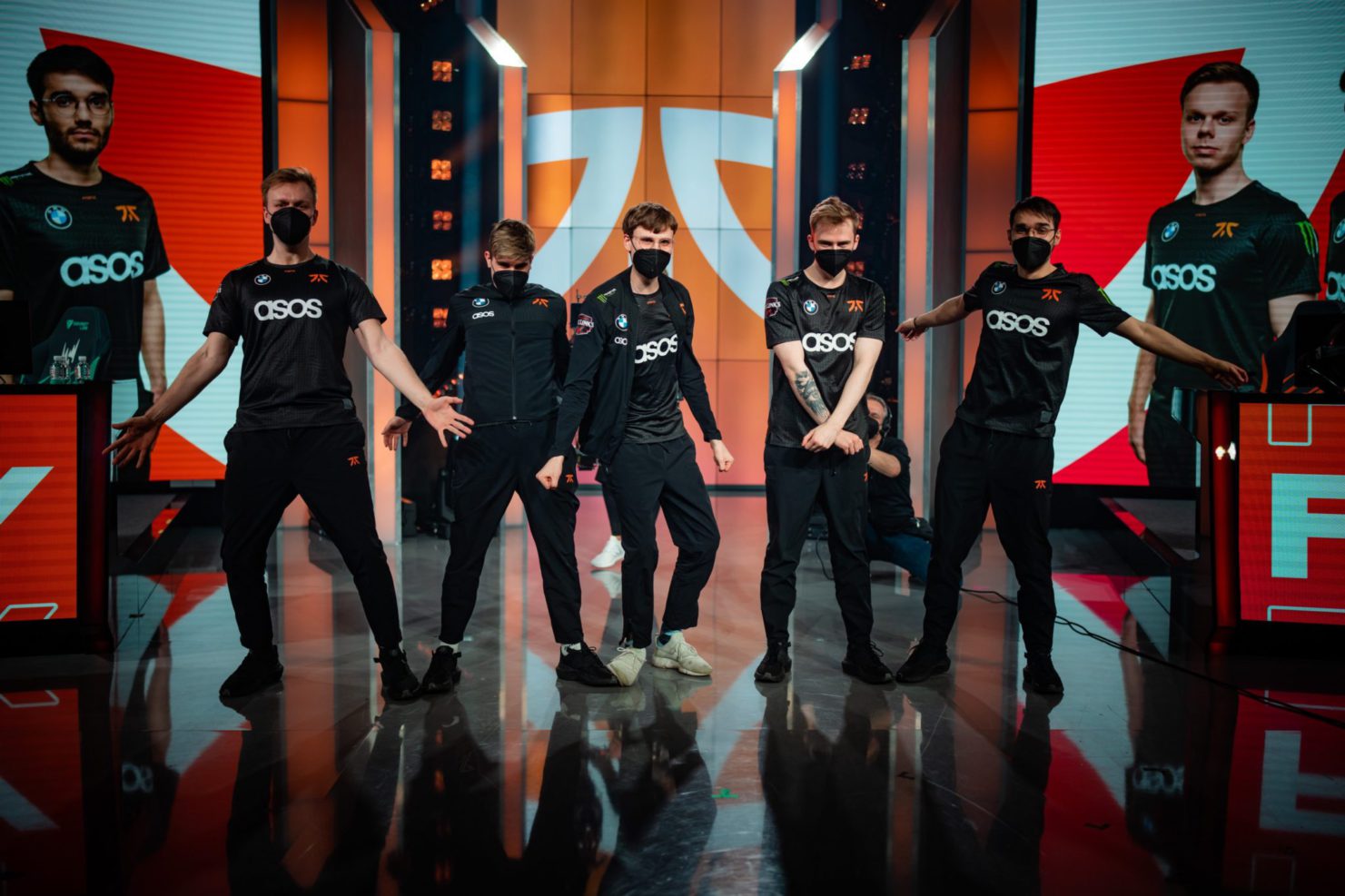 Despite the fact that both Fnatic and G2 won their best-of-one matches during the regular season, Fnatic won their matchup for the 2022 LEC Spring Split Playoffs today. The rivalry between these two companies is legendary in the LEC, and the flame of competition has been fanned with the two new lineups they brought in for the Spring Split of 2022.

The first game shook League of Legends fans from the draft, in which several unusual picks immediately ignited the excitement of the viewers. As in many matches of this importance, a tense start to the game delayed the clashes between these two teams for a while due to a slow and steady early game from both G2 and Fnatic.

However, this slow start only resulted in a sudden explosion from Fnatic in the mid game, where all team members dominated the map by applying pressure and being more dynamic than their opponents in all lanes. G2 banked on BrokenBlade’s fantastic execution in the top lane only to be robbed by the dominant bot lane of Upset and Hylissang.

The first game of the series crowned Fnatic as winners and sparked a sense of revenge in G2, who came into the next matchup with a well-defined plan to bring down their opponents. Despite an even state of the game at 20 minutes, G2 dominated the Rift, leaving no opportunity for Fnatic to take control of the map and pushing them back every step of the way.

With a combination of shields, armor, and impenetrable defense systems, G2 showed versatility and fantastic game mechanics across the map and soon confined Fnatic in their base. Letting the pressure build and remaining patient, G2 waited for the misstep by Fnatic that would have signaled their doom and crumbled their opponents’ base to the ground. The Samurais proved completely different in the second game, showing adaptability and tying the series.

Having reset the advantage gained by Fnatic with the first game win, G2 had a chance to get back on their feet, but their historical rivals had other plans in store. Fnatic dominated game three from the first minutes, getting massive advantages from an initial move made by G2 that ended badly for them. To recover from the gold and kill gap created by their mistake, G2 tried to chase Fnatic around, but they ended up overcommitting, opening up a window for Fnatic to get back at them. At 10 minutes, Fnatic had 10 kills on their side.

With a proactive style, Fnatic pushed all lanes and had the game in the palm of their hands. Despite G2’s best efforts to find picks and profitable opportunities, Fnatic still had the upper hand until the destruction of the enemy Nexus. Showing a strong dominance in the third game of the series, Fnatic moved to match point.

The two old rivals gave their best in the last game of the series, putting fans at the edge of their seats with the highest form of mechanics and skills in the landscape of the European league. The two teams exchanged blows without reservation, not tilting the scales toward either side.

With one last chance to take the match to game five, G2 pressured Fnatic, scoring several solo kills and starting intense teamfights near the dragon’s pit. Fnatic seized any opportunity to gain ground, however, increasing their presence on the map with aggressive ward positioning and rotations. Fnatic pushed the pressure to its peak, putting the team only one dragon away from the Mountain Soul.

After 27 minutes of gameplay, 10 kills per team, and a meager gold lead for Fnatic, all that was needed was a spark for the two legendary opponents to begin a teamfight as grandiose as their rivalry. Fnatic came out on top in the clash of the titans, conquering the drake’s soul and pushing relentlessly towards the enemy Nexus. G2 could do nothing against Fnatic’s advance, who would score another victory against their historic rival after more than three hours of intense fighting.

With this win, Fnatic solidified their position in the Spring Playoffs, reaching the upper bracket final against Rogue, victorious from the first match against Misfits. Winning the next match would mean qualifying for the Grand Finals of this Spring Split and, possibly, reaching the 2022 Mid-Season Invitational.