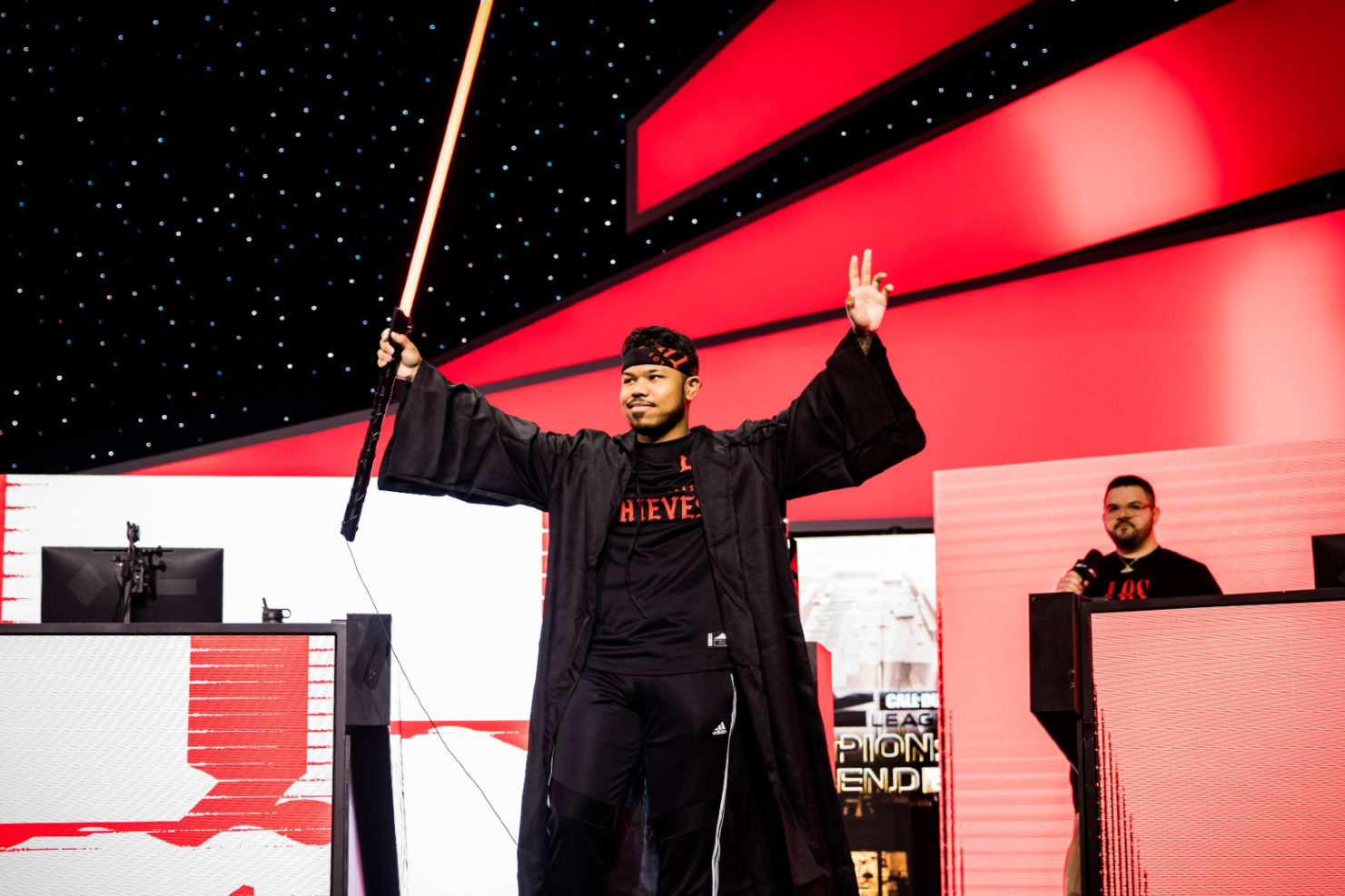 The L.A. Thieves were in danger of missing the playoffs prior to Champs because to their erratic play. But the Thieves overcame their difficulties and won the trophy at the Major Four in New York. Fans weren’t sure if L.A. would be able to maintain its winning ways going into Champs, but the Thieves disproved everyone’s predictions by making it to the championship game via the upper bracket.

The Thieves were given a map veto advantage coming into the grand final as a reward for making it through the upper bracket. This meant the Thieves got two of their best maps all year: Gavutu Hardpoint and Control. L.A. made the opening Hardpoint look effortless as they won both gunfights and rotations to take an early advantage. That advantage snowballed into a 250-187 victory to start the series. Berlin Search and Destroy, another top map and mode for the Thieves, was as one-sided as the first Hardpoint. The Thieves outgunned FaZe at every opportunity and had everyone on the team drop over six kills. Envoy had an impressive performance by ending the map with eight kills and five deaths for a 1.6 KD.

Gavutu Control was a lot more mixy than the Hardpoint had been and FaZe pushed Thieves to a round five that came down to key holds for the Thieves to pull away with a 3-2 win. With a 3-0 lead in the series, the Thieves needed just two more maps to do the unthinkable and dethrone FaZe. L.A. held on during the Tuscan Hardpoint, where FaZe initially held in the lead. All four members working together in tandem, however, gave the Thieves a 250-212 win. Envoy once again was putting on an MVP-caliber performance with a 1.23 KD.

Atlanta avoided the dreaded 5-0 loss with a Bocage Search and Destroy win, which they had swept the Thieves on the last time they played it. One critical round allowed the Thieves to miss out on a 6-0 Search loss, but FaZe still came out with a 6-1 win to stay alive in the series. Berlin Control was the sixth map of the series, a recent favorite of the Thieves who had excelled on it at the previous event. A nail-biting Control went the distance to a round five and Atlanta secured it to claw back two maps in the series.

The final match of the series was a Tuscan Search and Destroy that came down to a round 11. Atlanta FaZe fought hard but came up short, losing the Search 6-5 and being unable to complete the ultimate reverse sweep.

This victory marks the first championship ring for Kenny, Envoy, Drazah, and Octane and the L.A. Thieves’ second CDL trophy. Kenny was also named the MVP of CoD Champs 2022.