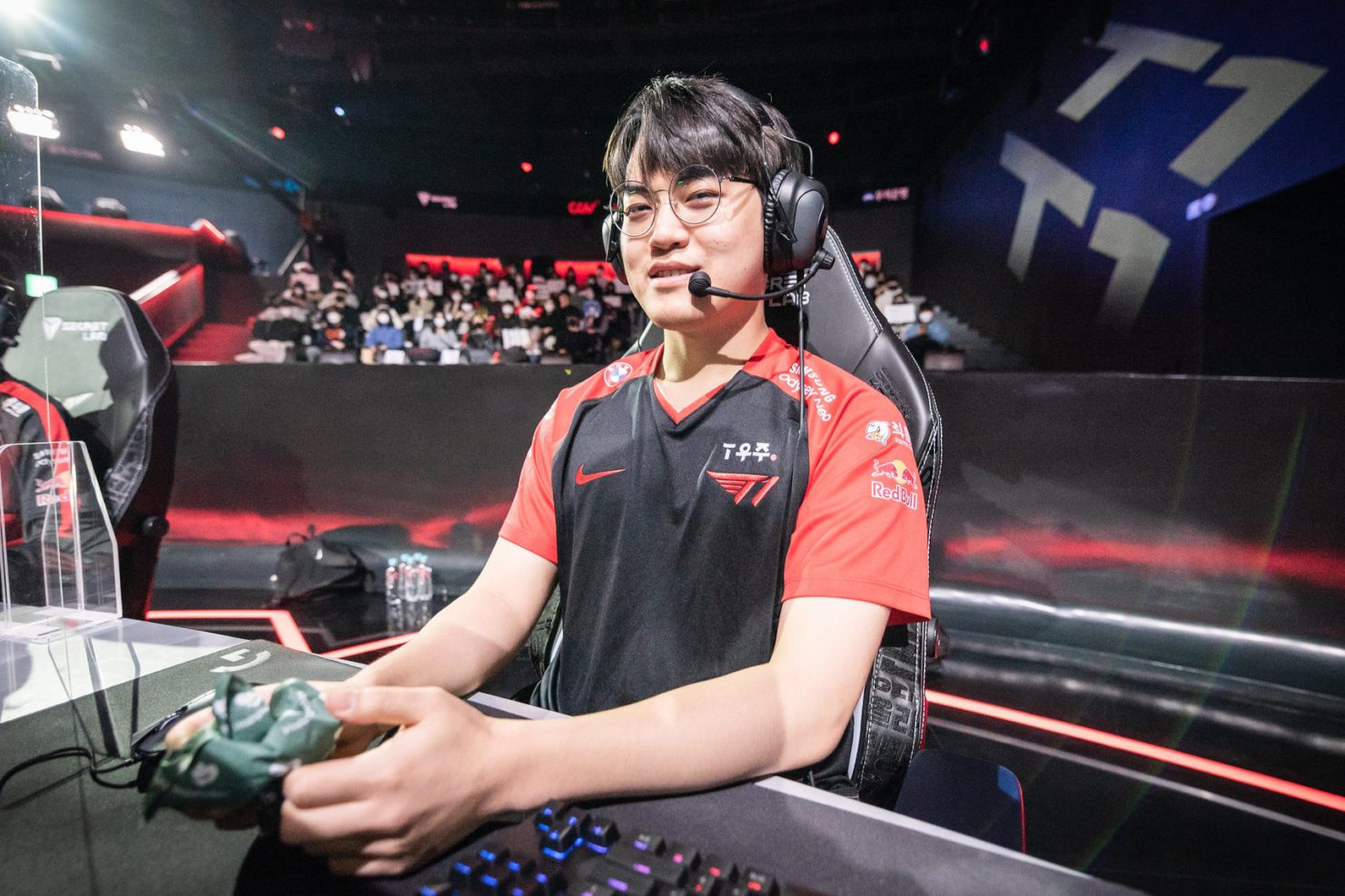 In their final matchup during the 2022 LCK Summer Split, Kwangdong Freecs defeated T1. In that tight series, the Freecs had staged a comeback to win. The comeback tale in today’s series between these two clubs was likewise comparable. However, T1 was on the winning team this time. Fans got to watch some interesting gameplay from both teams as they gave it their all.

Game one showed us why Viego has been one of the meta junglers in League of Legends since his release. Halfway through the match, the Freecs were able to ace T1’s champions.

Ellim’s Viego got a quadra kill in this teamfight, the penta being denied by Teddy’s Kalista. The game slipped out of T1’s hands when they gave away two Barons after being beaten in both teamfights. With this, the Freecs were one up in this series.

The bottom lane saw most of the action in the early part of game two. Whether it be T1 Oner’s Lee Sin or Freecs’ Ellim’s Jarvan IV, both the junglers ganked the bottom lanes to ambush the enemy team’s AD carry.

The match turned in T1’s favor after they secured the first Baron. From there, Freecs just fell behind as they kept losing turrets. Losing the second Baron and getting aced was the nail in their coffin. It allowed T1 to register a win and make a comeback in the series.

The last game of this series was the most intense one. Freecs built up a gold lead in the early and mid-game by winning teamfights. Unfortunately for them, T1’s Faker’s Taliyah and Gumayusi’s Draven started melting the enemy team as soon as they picked up their core items.

In the fight for the Hextech Soul Dragon, Gumayusi’s Draven dealt more than 8,000 damage in a 20-second teamfight. With this buff, T1 aced Kwangdong Freecs and ended the game with a win.

Claiming the top spot at the 2022 LCK Summer Split with a 10-1 record, T1’s next match will be up against Fredit BRION on July 23 at 3am CT. Kwangdong Freecs are seventh on the table with a 4-7 record. They will face Liiv SANDBOX on July 24 at 3am CT.