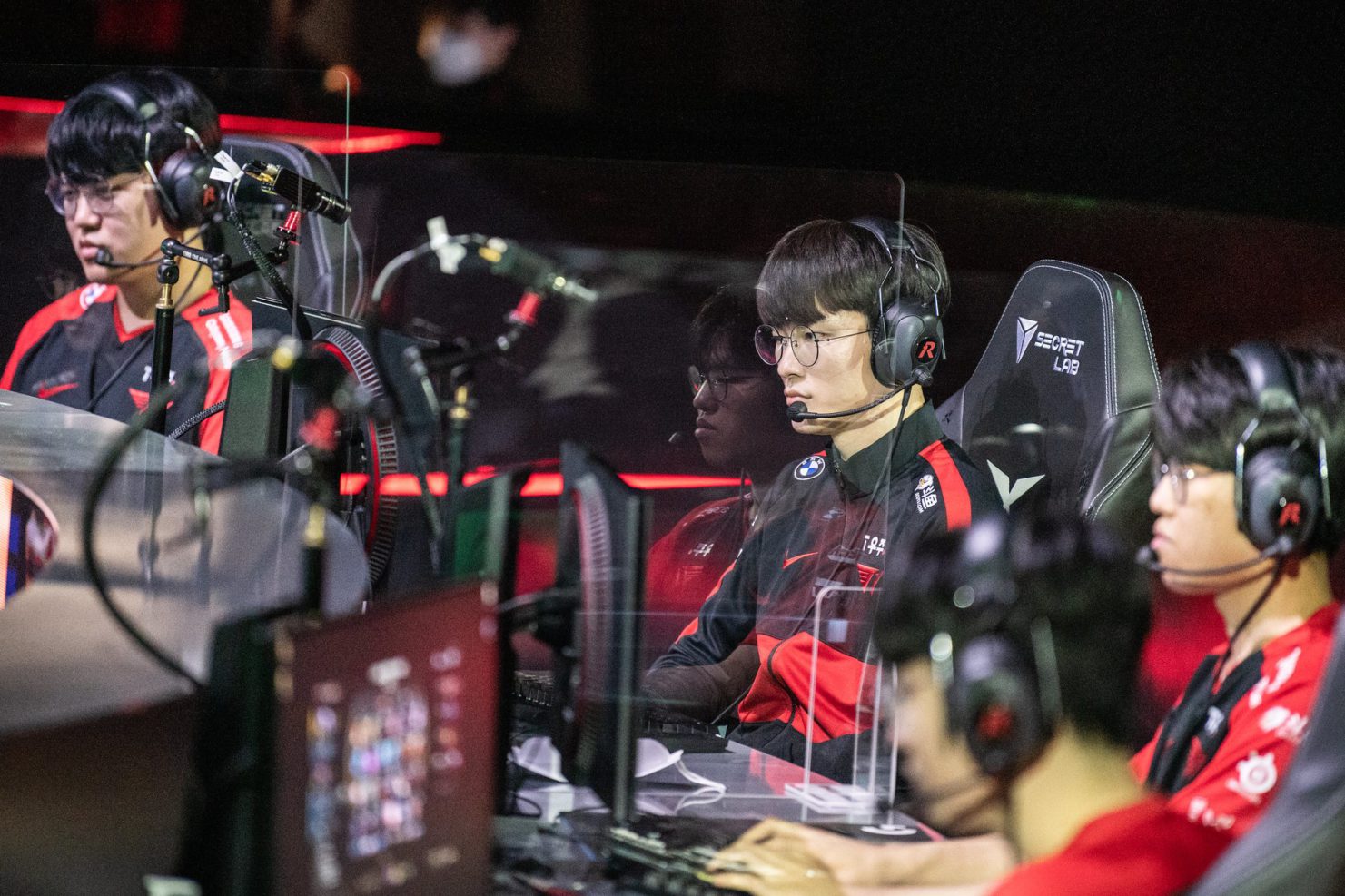 T1 has opened the second week of the 2022 LCK Spring Split with another clean sweep, this time over DRX, demonstrating that they are still strong challengers at the highest level of competitive League of Legends.

In today’s best-of-three series, T1 clearly identified their win conditions and snowballed their way to victory in both games. They ended the first game in 27 minutes with an aggressive composition including Samira, Camille, and Diana.

In the second game, they nibbled the objectives and maintained pressure while waiting for their scaling composition to reach its peak power. The team eventually closed out the series with a successful engage, thanks to T1 top laner Zeus on Fiora.

On the other side, DRX continued to struggle in the Korean league. Support BeryL showed some clever engages on Rell, unexpectedly turning the tide of a few fights, but it wasn’t enough to put a dent in T1.

Faker flexed his world-renowned champion pool in the series. The player has picked six different champions in seven games so far. But he notably picked Tryndamere for the first time in over eight years today.

T1 now stands at 3-0 in the LCK standings, joint with Gen.G. DRX has meanwhile dropped down to the bottom of the table with Kwangdong Freecs, where they sit with zero wins to their names.

One of the bottom-of-the-table teams will remain winless after they face off against each other on Sunday, Jan. 23 at 5am CT. But just before that series, T1 will play against SANDBOX at 2am CT.