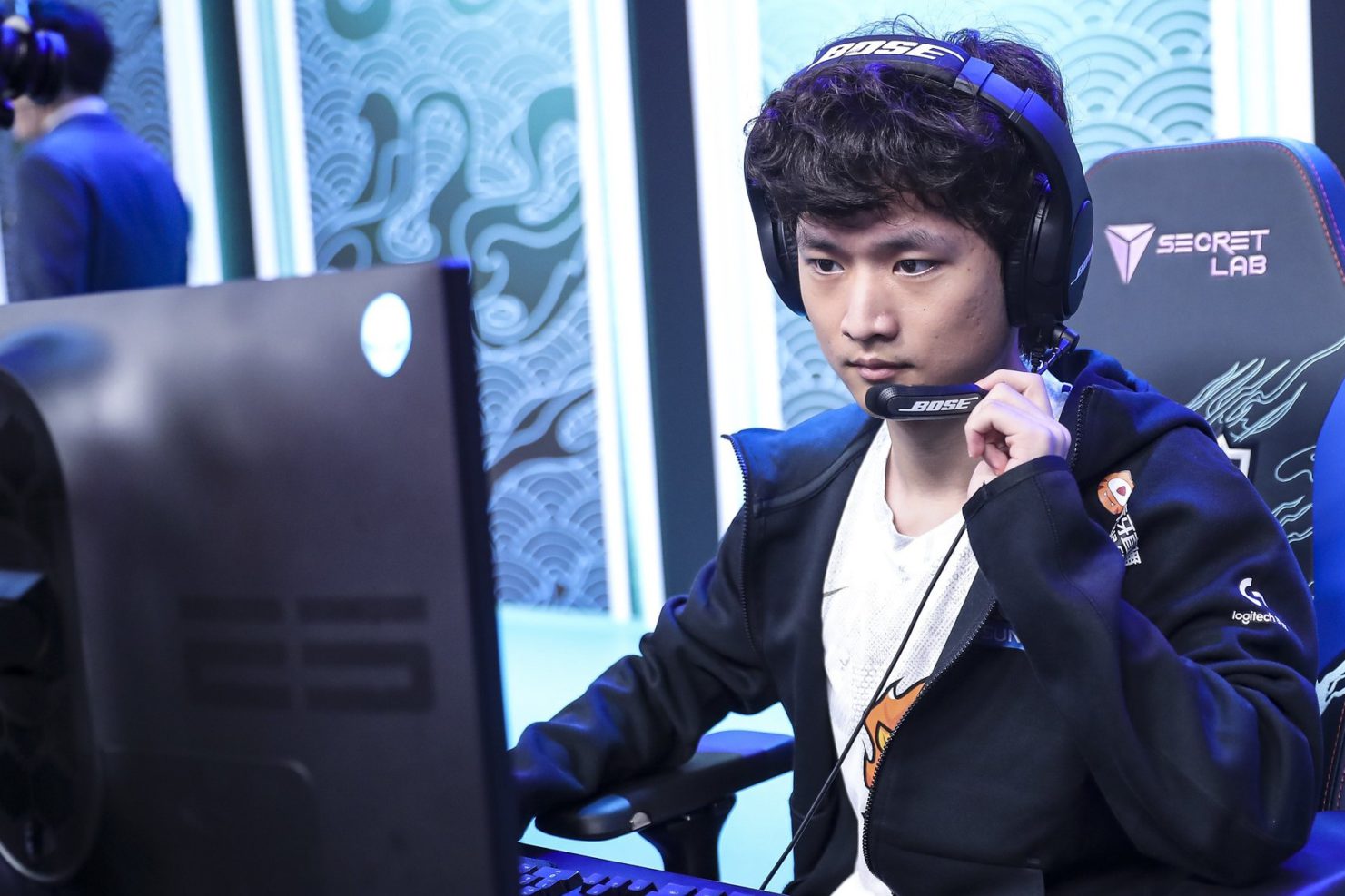 After a difficult three-game series between the two LPL juggernauts, Victory Five has suffered their first loss of the 2022 LPL Spring Split to Weibo Gaming. One of the most anticipated matchups of week three was a fight between longtime Invictus Gaming teammates TheShy and Rookie. The series started off with a rather dangerous selection from V5, as they let Weibo get both Caitlyn and Corki, two power picks in the current meta. To counter the damage heavy carries, they picked a dive-heavy composition with selections like Samira, Xin Zhao, and Nautilus.

Game one began instantaneously as V5’s Rich challenged TheShy after hitting level two first, as he narrowly got the solo kill with just three HP to his name. As a result, TheShy was zoned out of the top lane and forced back after nearly dying once again. Tempted by the potentially missed wave, he stayed as V5 jungler Karsa’s perfect jungle path assisted Rich as the top laner got his second kill in under four minutes.

V5 had complete control of both the top and mid lane, with only the bot lane for Weibo holding an advantage in the early game. But V5 jungler Karsa was everywhere on the map, as he applied his early game lead to a dire bot lane situation and brought it back to an even point.

Weibo’s AD carry, however, still remained a threat on the treacherous Caitlyn pick as the game remained even at the 30-minute mark. And shortly after Weibo support On attempted to find an engagement onto V5 AD carry Photic before immediately dying.

To make matters worse, Huanfeng was then caught out of position by Rich as V5 was able to grab the baron. With four dragons to their name and a baron buff, V5 was able to carry that lead to a 35-minute victory.

Game two began, and right away it became clear that Weibo’s win condition was through Huanfeng, as jungler SofM prioritized the bottom half of the map, allowing Huanfeng to freely apply pressure to Photic, grabbing the first tower at 15 minutes.

Weibo was able to build off of this lead from Huanfeng, grabbing every single dragon at spawn, a baron around the early 20-minute mark, and eventually the game in a short 26-minute decimation from the Weibo AD carry as the match entered the deciding game.

In the final game, Weibo was able to win the draft, maintaining their bot lane picks from game two by grabbing Xayah and Rakan, while also being able to grab Corki for Weibo mid laner Angel. With Karsa on the Gragas, the early-game pathing was more passive.

It was not until the eight-minute mark where a fight broke out in the top side river near mid lane to where V5 was able to grab a two for one, followed by the Rift Herald. This was then followed by the first tower going to V5, which was shortly followed by the bot turret going to Weibo.

With two sides of the map each controlled by one team, the final game became a battle for mid priority, and at first, it was going the way of V5. The Corki rockets from Weibo, however, zoned out V5 from certain objectives like dragon in the mid game.

This led to a repeated pattern at the 30-minute mark when Weibo created a fight around the objective, where Weibo was able to kill the entire V5 side. With no members left on the side of V5, Weibo was able to grab the series win, as they improved to 4-1, as V5 dropped down to seventh place with a 3-1 record.

Huanfeng was the clear standout of the series as the win condition for Weibo was centered around his early-game lead on Xayah in games two and three. Furthermore, even in their game one loss, he was still the only win condition in that game as well. Weibo will play one match in Week Four as they look to improve their record to 51 against FunPlus Phoenix, who currently stand at a 3-1 record with a new lineup built around LWX.

Meanwhile, V5 will play two matches in Week Four and will look to secure a 2-0 against the struggling OMG and bottom-dwelling Invictus Gaming. The final day of Week Three will take place on Jan. 27 starting with TOP vs. OMG, followed by the competitive battle between Bilibili Gaming and Royal Never Give Up.