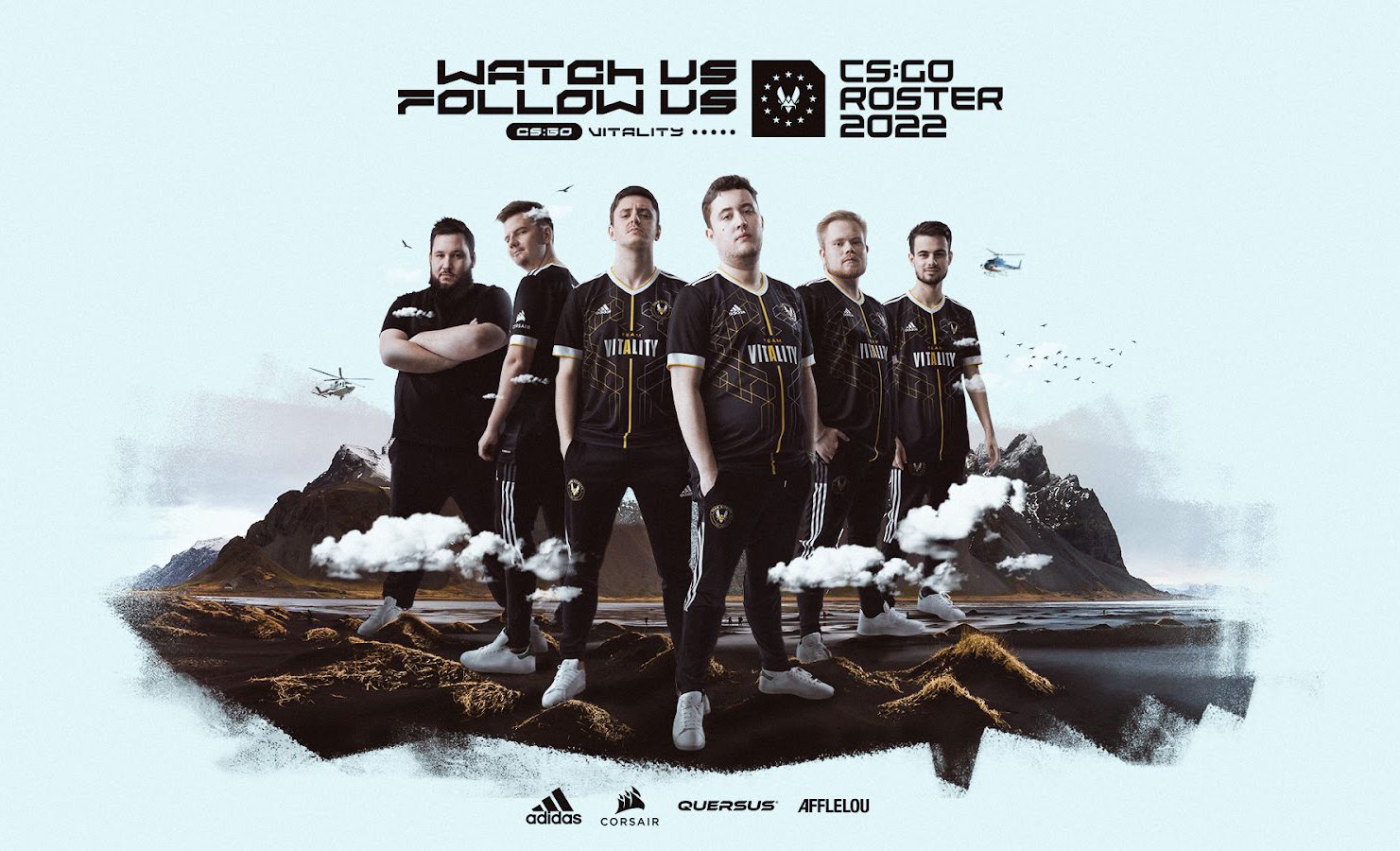 The Danish trio will compete alongside two-time best CS:GO player in the world Mathieu “ZywOo” Herbaut, Dan “apEX” Madesclaire, and Kévin “misutaaa” Rabier, who are all French. The roster overhaul comes after a disappointing season in 2021 in which Vitality struggled against the world’s best throughout the year. They impressed the most at the end of the year when it was already known that players Richard “shox” Papillon and Jayson “Kyojin” Nguyen were on their way out.

We're more than ready to compete at the highest level: 2022 here we are. #WatchUsFollowUs pic.twitter.com/tHJYZBJAYQ

Dupreeh, Magisk, and zonic played a key role in Astralis’ success over the past few years. The Danes are undoubtedly the most dominant CS:GO team of all time, having won countless trophies, including three CS:GO Majors in a row between 2018 and 2019. They were benched in November following the PGL Stockholm Major and signed with Vitality after their contracts expired in December. Vitality’s co-founder and esports director Fabien “Neo” Devid expects the Danish trio to elevate the current status of the team.

“Since the beginning of our entrance into CS:GO, we have been working with intensity to get to the top and nurture some of the best talent France has to offer,” Neo said in an official statement. “It’s now time to think internationally and create a new CS:GO culture of European talent with legacy athletes. As proven winners, dupreeh, Magisk, and zonic have what it takes to move us from not just being a strong contender, but the best CS:GO team in the world.”

The signings of dupreeh, Magisk, and zonic were made possible because of a recent 50 million euro (roughly $56.7 million) investment from esports venture fund Rewired.GG. Vitality has also made big moves in League of Legends, having signed star mid laner Luka “Perkz” Perković from Cloud9 in December.