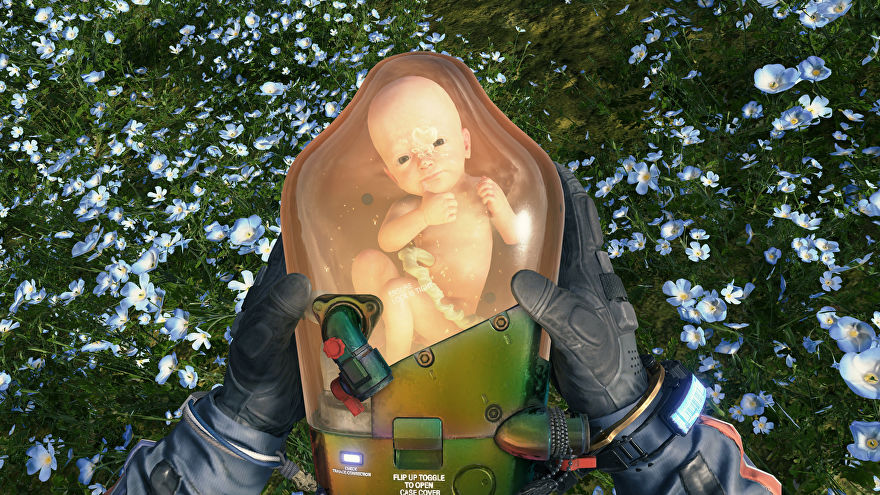 Following a PlayStation debut in September, Death Stranding Director’s Cut is now confirmed to be headed to PC this spring. The expanded version of the Kojima Productions stumbling simulator whacks in new items, missions, and oddities, ranging from a robot you can ride to a racetrack. It’ll also be one of the few games to support Intel’s new XeSS upscaling fanciness.

More than rebuilding or reworking the game, the Director’s Cut mostly adds a load of new stuff. It does have some handy features, like a new route guide which can suggest several different paths of varying difficulties, for folks who want help resisting their urges to march in a straight line towards their objectives, terrain be damned. But mostly it’s newness like a long-range ‘maser’ stungun, a firing range to practice violence, a cargo catapault to launch packages, a booster pack which can slow Sam’s falls, and a racetrack to zoom around. It also adds the Buddy Bot who can run around carrying packages for you, or even carry you. Plus other bits and pieces.

Hideo Kojima himself has objected to The Man applying the ‘director’s cut’ label.

“A director’s cut in a movie is an additional edit to a shortened version that was either released reluctantly because the director did not have the right to edit it, or because the running time had to be shortened,” he tweeted after its PlayStation announcement.

“In the game, it is not what was cut, but what was additionally produced that was included. Delector’s Plus? So, in my opinion, I don’t like to call ‘director’s cut’.”

The PC version will also support Intel’s new Xe Super Sampling technology. It’s a similar idea to Nvidia’s DLSS or AMD’s FSR, using fancy upscaling to boost performance by processing a game at a lower screen resolution then processing it to look all high-res and nice. In theory, it might offer performance gains at little loss in image quality. While DLSS and FSR are locked to GPUs from their respective creators, XeSS can work with either—as long as you have an Intel CPU which supports it.

Death Stranding Delector’s Plus is coming to PC via Steam and the Epic Games Store simultaneously in spring 2022. Depending on how they count seasons, it could be as late as mid-June.

On PlayStation, folks who owned the original could get Delector’s Plus at a big discount. I’ve asked PC publishers 505 Games if the plan is the same here, but not heard back yet. I’ll let you know if I do. You’d certainly hope they’ll offer it cheap.