“Alien: Hope For The Future” Is Nearly Complete 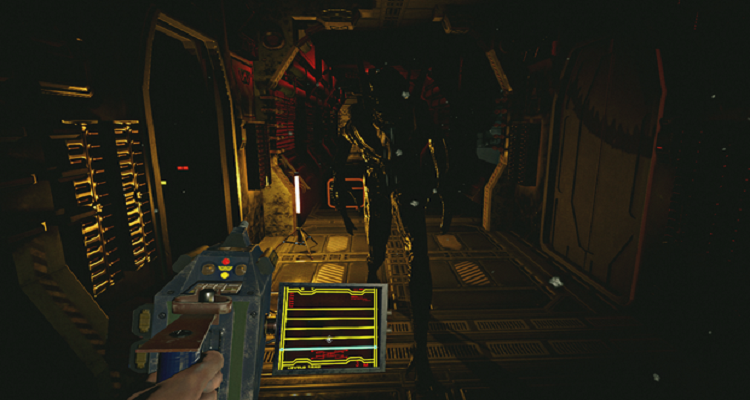 Will It Be The Alien Isolation Sequel That We Need?

I know that most of us haven’t heard of this game so let’s talk briefly about it. Alien: Hope For The Future is a fan game inspired by the Alien series and appeared on Patreon.

“Alien: Hope For The Future” is being created by a Russian developer known as IIapagokc. Taken from his description about the game

“Alien: Hope for the future – is the Immersive sim project with elements of survival-horror and tactics. This is not a commercial, fan project, which is being developed by one man, me.

So how all this genres are disclosed in the game.

Survival – it is all clear. You need to survive. To find some supplies for you and other colonists. To avoid xenomorphs etc.

Horror – it is all clear even here.A small colony on the edge of a galaxy, alien organisms threatening all livings in the colony.And every day the situation is becoming worse.

Elements of Tactics – you will face some situations with different solutions. For example – you will need to barricade a specific territory (to stay safe for 1 night) or you can defend this territory from Xenomorphs.Your and your colonists life will depend on right positioning of defenders and which approaches will they barricade. The game got nothing in common with the plot of the canonical book “River of Pain”. The story is about doings which are taking place in “Hadly’s Hope” colony, before and during xenomorph incident. In the main campaign your will be playing as on of the colonists who didn’t figure in films, games etc.”

So What Happened After 3 Months of Development?

1.A: This isn’t a final version, which will be available for beta-testers
(the backers, who support the project. They already have recieved some of the demos to test).

2.Q: What’s the difference between the test and the final version?

2.A: In the test version all the dialogues and NPC interations will be unavalible.

4.Q: What will be avalible in the demo? (Locations, various types of gameplay, etc.?)

4.A: In current and final versions there will be three locations availible for the players: the street and the bar of the colony, residential complex (three levels), transitional corridor between the complexes,
hydroponics department. Engineering level, beneath the complex,
where the main gameplay happens.
As I’ve mentioned before, there will be three demos in the end,
which will introduce you to three different types of gameplay.
In this particular part we have survival-horror type of gameplay.
You will face the Alien. You will have to acomplish the tasks, hide, hack the stuff and try to save yourselves (in the final version, you will also have to save some other colonists).

5. Q: When the final version of the demo will be avalible to download?

5. A: When all the tests of the current version are completed and
all the bugs and flaws are fixed, all the dialogues are recorded – only then I will be able to talk about the final version.”

“I can’t say for sure when the demo will be completed on 100% yet,
but this moment is getting closer.”