Among Us x Halo Crossover: The Master Chief Looks Sus 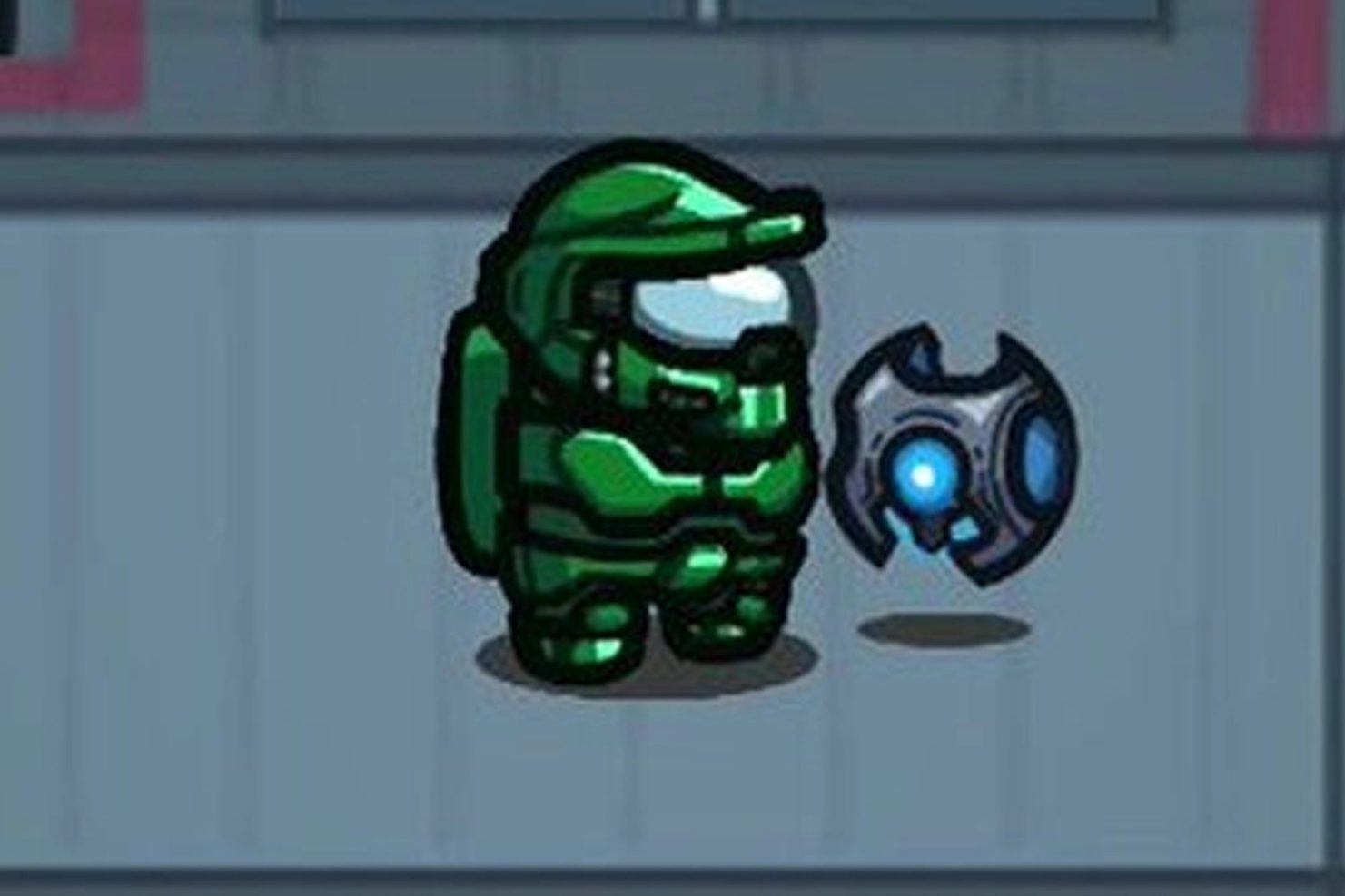 Innersloth has confirmed that a new Among Us x Halo crossover will be added to its backstabbing multiplayer game “very soon,” with a new crewmate costume based on the Master Chief and a pet floating Monitor.

The popular social deduction game may not have the breadth of licenses to play with as Fortnite but indie game Among Us has had a few crossovers, including League of Legends Arcane and most recently Ghostface from Scream – although we can’t imagine that anyone would trust a player wearing that.

Conversely, everyone trusts Master Chief John-117 from the Halo series, so it’ll surprise a lot of players when the FPS game‘s iconic green Spartan turns out to be the Imposter all along. While Innersloth hasn’t provided any specific details, the crossover seems to feature an armless Master Chief outfit alongside a floating A.I. Monitor pet – the blue light and shape suggest that it’s a simplified version of Halo 1’s 343 Guilty Spark. Presumably, the set will cost around $1.99 like most Among Us costumes.

The most entertaining part about the announcement is the Twitter exchange going on between the accounts for Among Us, Halo, Xbox, and Game Pass. We’re pretty sure Game Pass is the Imposter.

Over the weekend, Among Us actually got sabotaged, but the servers are fortunately back online now.