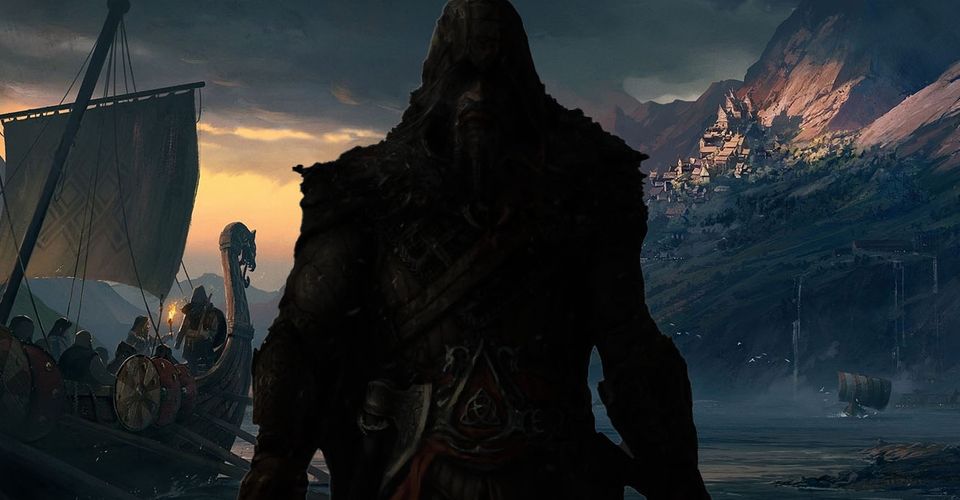 Ubisoft teased in a live stream the new poster and the new setting for their upcoming Assassin’s Creed installment. Assassin’s Creed Valhalla will be set in the Northern parts of the world at the time of the Vikings wars against the Anglo-Saxons forces.

Ubisoft live stream was about a designer working on a new poster for the Assassin’s Creed Valhalla game.

From the poster, we can see that the game will have ships and naval combat. As well as ground battles against warriors who dress like the Germanic Anglo-Saxons.

The Northern era and the Norse Mythology aspects that come with it is an interesting setting for Assassin’s Creed. However, it puts Ubisoft in a narrow corner head to head against God of War. Which is the latest Norse Mythology RPG game. However, if Assassin’s Creed sticks to the true events of the Vikings wars and avoids any fictional mythology. They will avoid that comparison that could certainly bring the game down.

Who are the Anglo-Saxons?

“The Anglo-Saxons were a cultural group that inhabited Great Britain from the 5th century. They comprised people from Germanic tribes who migrated to the island from continental Europe, their descendants, and indigenous British groups who adopted many aspects of Anglo-Saxon culture and language. The Anglo-Saxons established the Kingdom of England, and the modern English language owes almost half of its words – including the most common words of everyday speech – to their language.”

“Historically, the Anglo-Saxon period denotes the period in Britain between about 450 and 1066, after their initial settlement and up until the Norman conquest. The early Anglo-Saxon period includes the creation of an English nation, with many of the aspects that survive today, including the regional government of shires and hundreds. During this period, Christianity was established and there was a flowering of literature and language. Charters and law were also established. The term Anglo-Saxon is popularly used for the language that was spoken and written by the Anglo-Saxons in England and eastern Scotland between at least the mid-5th century and the mid-12th century. In scholarly use, it is more commonly called Old English.”

Ubisoft announced at the end of their live stream that the Assassin’s Creed world premiere reveal trailer will be revealed on April 30, at 8 AM PDT. Stay tuned to Ubisoft’s youtube channel to watch the new trailer when it comes out.