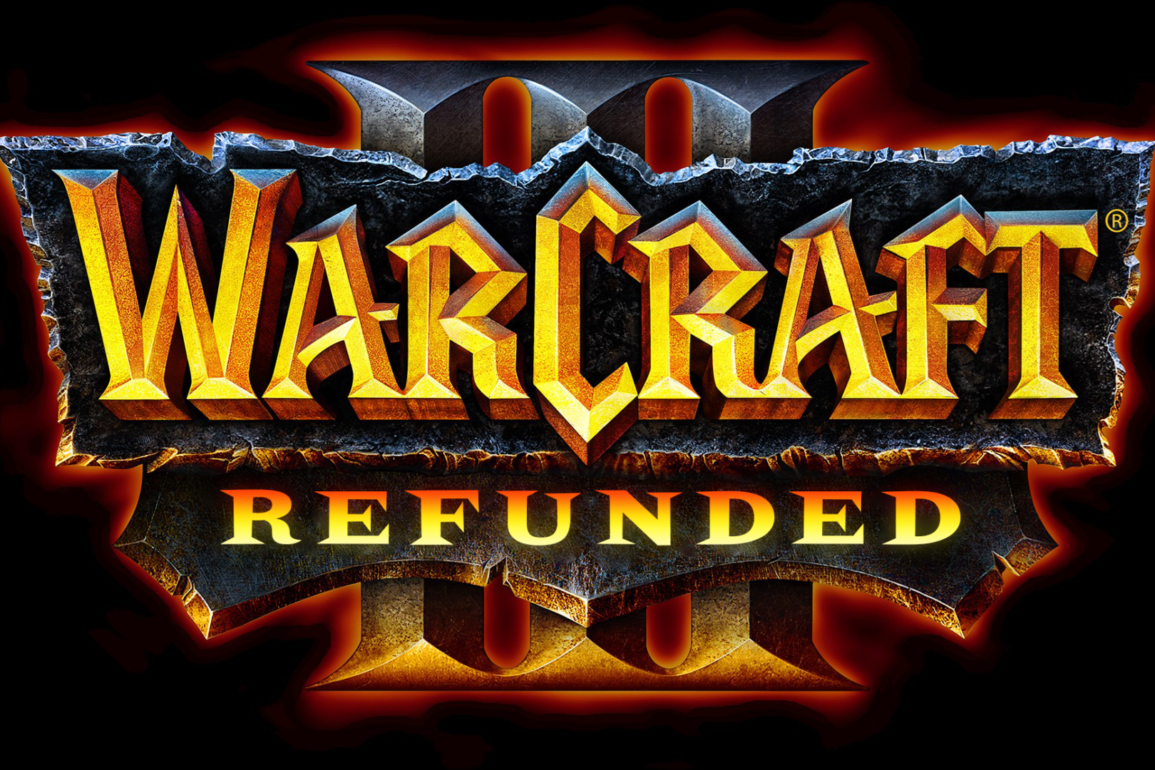 Warcraft 3 reforged destroys every expectation, brings down Blizzard and exposes them as the con artists they are. It is not the first time Blizzard tries to milk their titles or steal something that isn’t theirs

Blizzard managed to make billions out of six titles only. Warcraft, Starcraft, Diablo, Overwatch, and Hearthstone, and Heroes of the Storm. Warcraft was a huge success that Blizzard made sequels. The sequels were even more successful. Especially Warcraft 3 that contained two campaigns: Frozen Throne and Reign of Chaos. After the Outstanding success of Warcraft and its strong multiplayer community. Blizzard decided to continue the legacy of Warcraft as an MMORPG called World of Warcraft. People were skeptical about it at first but it turned out as a really great game. They even incorporated the full lore of Warcraft, made background stories for each character and improved the overall setting of the Warcraft series.

And they kept adding new features and story DLCs to keep the game going. Until they had nothing else left to do. So they decided to re-sell the original World of Warcraft as a new game, WoW Classic.

People were not really mad, I mean, We all love WoW, every gamer has at least one friend that plays WoW. But that wasn’t everything Blizzard had in mind for their biggest title.

Warcraft 3 and the early stages of mods and MOBAs

Blizzard games are known for mod support which allows developers and players around the world to create their own custom games and try different things. Back in 2003, a developer by the name of Eul started a community mod by the name of “Defense of the Ancients” or “DotA”. His mode was a huge success and when he retired, other developers continued his project and made DotA a popular mod that spawned the MOBA genre (Multiplayer Online Battle Arena). One of the developers that worked on DotA, Steve ‘Guinsoo’ Feak, was hired by Riot Games to develop a new MOBA called League Of Legends. Then the current developer of DotA went on to work with Valve and made Dota 2, the modern sequel to the original DotA.

Blizzard couldn’t take the success of these games easily, it is their game, Warcraft 3, that spawned the greatest esports titles right now, Dota 2 and LoL.

So Blizzard went on and made their own MOBA game, Heroes of the Storm. And it wasn’t really a huge success, because it is simply a boring game with poor mechanics. During that time, Dota 2 started their own mod support. Creators can now make their own custom games inside Dota 2 and play them online with friends using Steam’s dedicated servers. Users immediately started creating other popular mods from Warcraft 3 inside Dota 2 like Footmen Frenzy, Tower Defense, and more.

One particular mod that surprised the community was Dota Auto Chess, a new style auto-battler game created by the Chinese “Drodo Studio”. The mod had over 7 million players so it definitely caught Valve’s attention. After an agreement with Drodo Studio, Valve made their official auto-battler game, Dota Underlords. Then Riot liked the idea and made their own Teamfight Tactics which became very popular in just a few weeks.

Blizzard announced a remaster of the amazing Warcraft 3. Fans were waiting in line for the game. Especially after the great success of WoW Classic and StarCraft: Remastered. Owners of the original Warcraft 3 were also excited since Warcraft 3 was pretty much dying in the online multiplayer world.

But one thing Blizzard fans learned is that Blizzard is always fair. They screwed Diablo, so they must be fair and also screw Warcraft.

In Blizzcon 2018, Blizzard announced a full remaster of Warcraft 3 with new voice over and cutscenes, new graphics, character models, textures, and character animations. They even showed us this amazing trailer.

Instead, they just reskinned the whole game and called it a day. They did not make any new cutscenes and most of the promised features are not there. There are better re-skin mods on the internet that you don’t even have to pay 30 dollars for. Here is a video comparison from IGN.com

Fans who wanted to play their classic mods again were greeted by a very discouraging text in the game’s user agreement:

“Custom Games are and shall remain the sole and exclusive property of Blizzard. Without limiting the foregoing, you hereby assign to Blizzard all of your rights, title, and interest in and to all Custom Games, including but not limited to any copyrights in the content of any Custom Games. If for any reason you are prevented or restricted from assigning any rights in the Custom Games to Blizzard, you grant to Blizzard an exclusive, perpetual, worldwide, unconditional, royalty-free, irrevocable license enabling Blizzard to fully exploit the Custom Games (or any component thereof) for any purpose and in any manner whatsoever.”

Blizzard is literally making sure that no one can make another hit like Dota without them getting profit. And according to what we see here, they want ALL of the profit. This is a new level of corporate greed. All your creative work inside Warcraft is not even credited to you, it is Blizzard’s property. Even more, owners of the original Warcraft 3 were surprised to see that the game now changed to Warcraft III reforged launcher. They can no longer play their own Warcraft III, They are only allowed to play reforged after they toggle a setting inside the game to switch back to the old graphics of Warcraft III.

Needless to say, the new launcher lacks many features that were present in the classic Warcraft 3. The new client does not support many of the original online features. There are no online ladders, no clans, no player profiles, and no automated tournaments. Reforged does have skill-based matchmaking, but now there’s little way to track your progress against the broader community. This also means that classic Warcraft 3 players fall under the same agreement of the new Warcraft 3: reforged.

Blizzard has officially managed to screw 2 of their big titles. Now all they need to do is destroy Starcraft and Overwatch. And then announce their bankruptcy.