Brutal Orchestra: Now You Can Kill Demons And Paint Walls With Their Blood 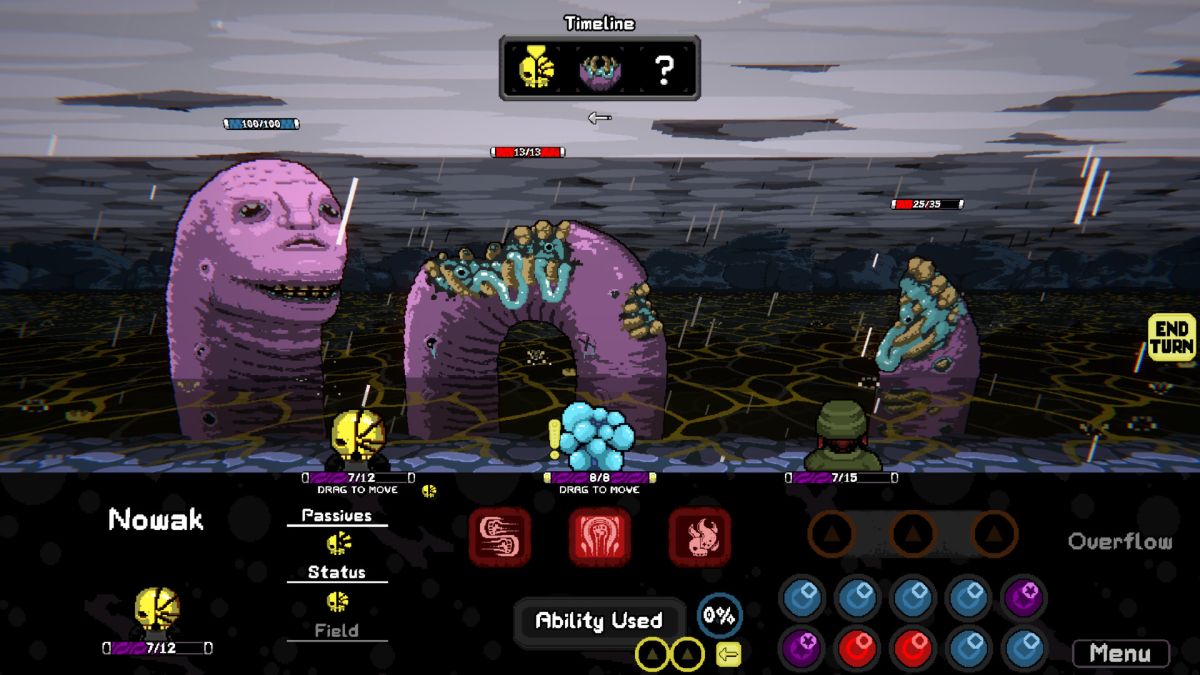 The turn-based strategy roguelike puts you up against an ever-stranger purgatorial pandemonium. Okay here’s the setup for Brutal Orchestra: You’re dead, someone killed you, and you can’t do anything about escaping purgatory but you can definitely set yourself up for revenge when they arrive here too.

Building a party of 20 other weird underworld rejects, you’re guided across a purgatory landscape inspired by the bizarre paintings of Hieronymous Bosch and Pieter Bruegel, where demons are fish inside a human skinsuit or have trumpets in their butts, and honestly, those are the much tamer ideas in here.

It’s a tactical and strategic battle system, one where you move characters between five positions to attack or avoid attacks, trying to get optimal faceoffs with your enemies’ own five units. The whole system is powered by pigment, the goopy blood and/or viscera inside your enemies. Every character skill costs pigment of a certain color combination, and you get more pigment by hitting enemies whose health bar is that color.

What’s great about that system is that you can mess up by killing enemies in bad order, leaving some of your characters unable to get more resources to act. You can also mana burn yourself, as having too much pigment deals damage when you act.

It’s fully released and quite polished. I’ve only spent a few hours with it, but this might be my new roguelike obsession. You can find Brutal Orchestra on Steam and on itch.io.