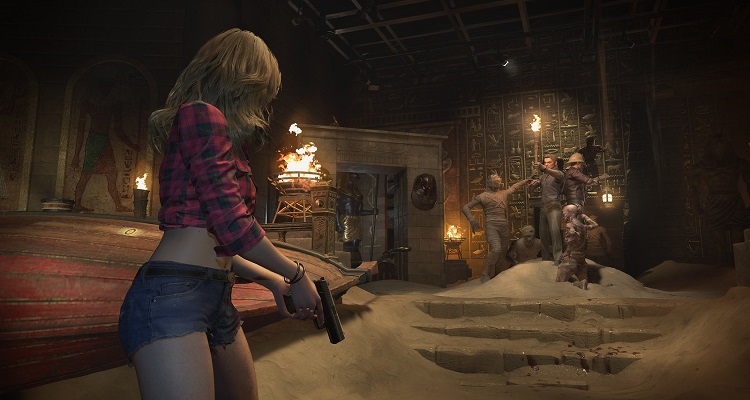 It has been sometime since we last heard about this game

Let’s “STARS” with the first piece of information

“Two new Masterminds are joining the cast of Resident Evil Resistance. Each bringing their own unique brand of fear to the asymmetrical survival horror experience as they attempt to stop the Survivors from making their escape. We’ve got fresh new details on Alex Wesker and Ozwell Spencer, joining series newcomer Daniel Fabron and the infamous Annette Birkin.”

Synonymous with Umbrella itself, Ozwell is one of the company’s founders. Who refuses to face his own mortality while forcing others to face theirs. Since Resistance is a non-canon entry in the Resident Evil series, the team behind the game was able to have a bit of fun with who they included as a Mastermind. They decided to turn to the series’ long history and characters who haven’t had much time in the limelight. Here’s Peter on the matter.

“Ozwell has been a shadowy antagonist throughout most of the Resident Evil series. So we thought it would be fun to bring the father of all bioweapons and Umbrella itself to the forefront. We didn’t really see him before Resident Evil 5, and this gave us a chance to have some fun and make him a playable character – even if he’s only playable via the Mastermind’s cameras.”

The first map is the Abandoned Park. The description is as follows “A horror-themed park located on the outskirts of Raccoon City. It was left abandoned when zombies and bioweapons overran Raccoon City.”

The second map is the Casino, “An entertainment facility for thrill seekers… and insidious Masterminds. Its still-operating slot machines and chips strewn across the floor. They tell the eerie tale of how hastily it was deserted during the collapse of Raccoon City.”

The Full information can is here in Playstation blog.