Chinese-themed Cities in Ballads of Hongye 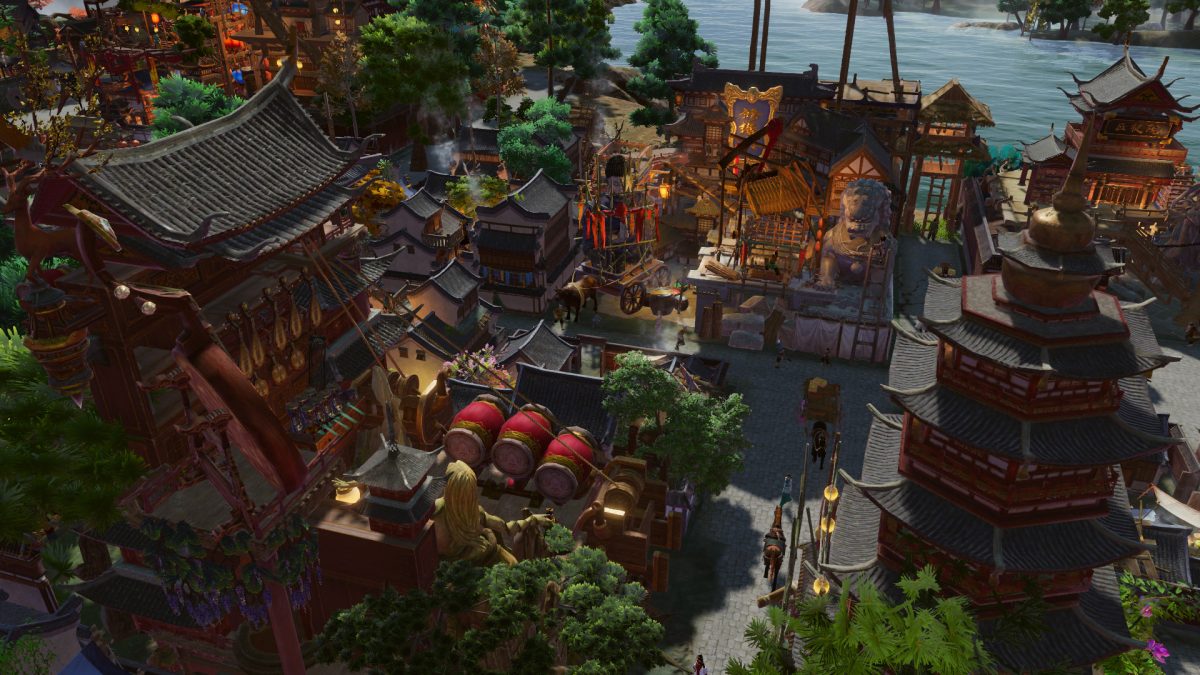 The newly released alpha trailer for Ballads of Hongye immediately grabs your attention with its magnificent Chinese architecture and bright UI. With a fairly eye-catching announcement, developer Seasun Games has announced the alpha test, which will begin on April 18. With a plethora of gorgeously animated structures based on historical Chinese designs, this next city builder intends to exhibit old Chinese architecture.

As the magistrate of your town, you are tasked with racing against time to complete objectives in order to expand and upgrade your settlement. Ballad of Hongye places a focus on time-limited challenges, and should you not manage to complete your agreements in time then the potential resources will be lost.

Challenges will offer players a randomly generated building plan, setting out the buildings and industry that must be used in order to complete the task successfully. Players will also have to contend with seasonal weather as well as natural disasters such as plagues, droughts, and famines. Of course, there will be plenty of potential ways to contend with these issues by building appropriate infrastructure such as fire stations and the intriguingly named Insect Rack.

The Seasun Games devs are promising more story reveals as the game progresses, such as finding out who is responsible for blocking your urban restoration plans. Ballads of Hongye is currently loosely slated to arrive in Summer this year, but keys for the alpha test beginning on April 18 can be obtained by joining the game’s Discord.

In the meantime, be sure to fill your craving for the best city-building games on PC by clicking that link.Network N earns commission from qualifying purchases via Amazon Associates and other programs.