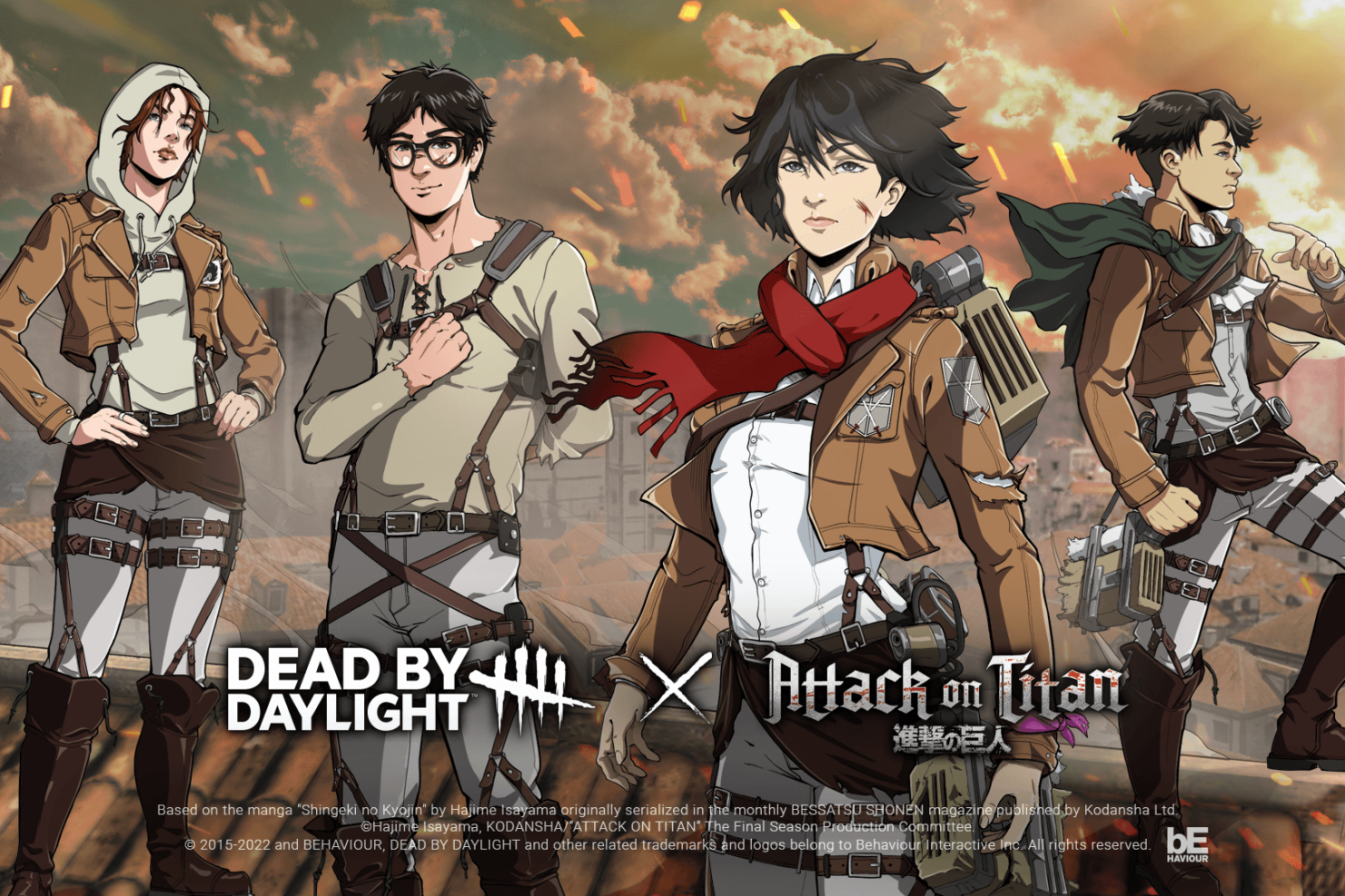 This anime and horror crossover, called Dead by Daylight Attack on Titan, is currently available online. Behaviour is offering a special discount on the new Attack on Titan outfits through July 26 as well as the opportunity to earn charms with an Attack on Titan theme simply by signing in and finishing a few challenges.

“The anime’s visuals and narrative had a significant, lasting effect on many of us, Dave Richard, Dead by Daylight’s creative director, said in a press release. “This is one of our heftiest Collections, with 10 Outfits designed for both Killers and Survivors. Our approach to assimilating the iconic 2-D anime into our 3-D world was thrilling and challenging as we wanted to honour the original art direction, while remaining true to the essence of Dead by Daylight.”

And for the killers, we have:

It’s not the longest time to complete challenges or buy the new outfits, but if it’s anything like other Dead by Daylight crossovers, we may see Attack on Titan come back soon. The Stranger Things DLC is rumored to be coming back sometime in the near future, potentially alongside a bigger patch that adds custom map making.

And if you’re after something with a bit more narrative drive, Behaviour has you covered there too. The Dead by Daylight dating sim is slated to launch sometime in summer 2022.