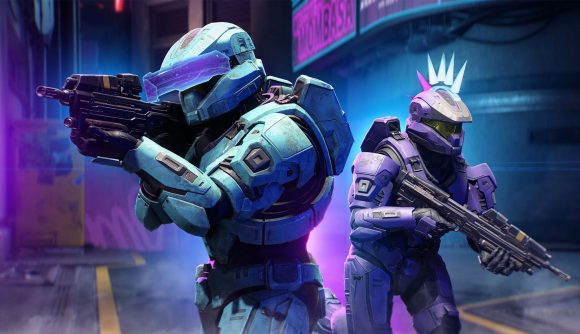 The Cyber Showdown event in Halo Infinite has ended, and with it, the limited-time Attrition mode. Attrition, on the other hand, is a game that players enjoy. Like, really. 343 Industries’ developers are aware of this, and are pondering how to best bring the mode back into regular rotation — possibly with an Attrition-only playlist.

“The team is going to bring back Attrition in a more consistent manner such as its own playlist or part of a new one down the road,” multiplayer designer Andrew Witts says on Twitter. “Thanks for playing and providing feedback on its debut. We love the mode too and we’re happy to see such a positive response to it.”

Attrition is effectively a much more intense version of the traditional Slayer team deathmatch. You kill your opponents until the other team runs out of lives, but on the final set of lives you don’t immediately die when you get taken down – instead, your teammates can revive you. That keeps the comeback potential strong, and the entire match feeling high-stakes.

For now, Fracture: Tenrai is back through February 8, giving you another week to level up toward that samurai armour set.

While Halo Infinite has its core gameplay down, the multiplayer game’s rollout of modes and live service elements have been less well-received. The devs recently announced plans to change store prices, and fixes for the Big Team Battle mode have been in the works for some time.