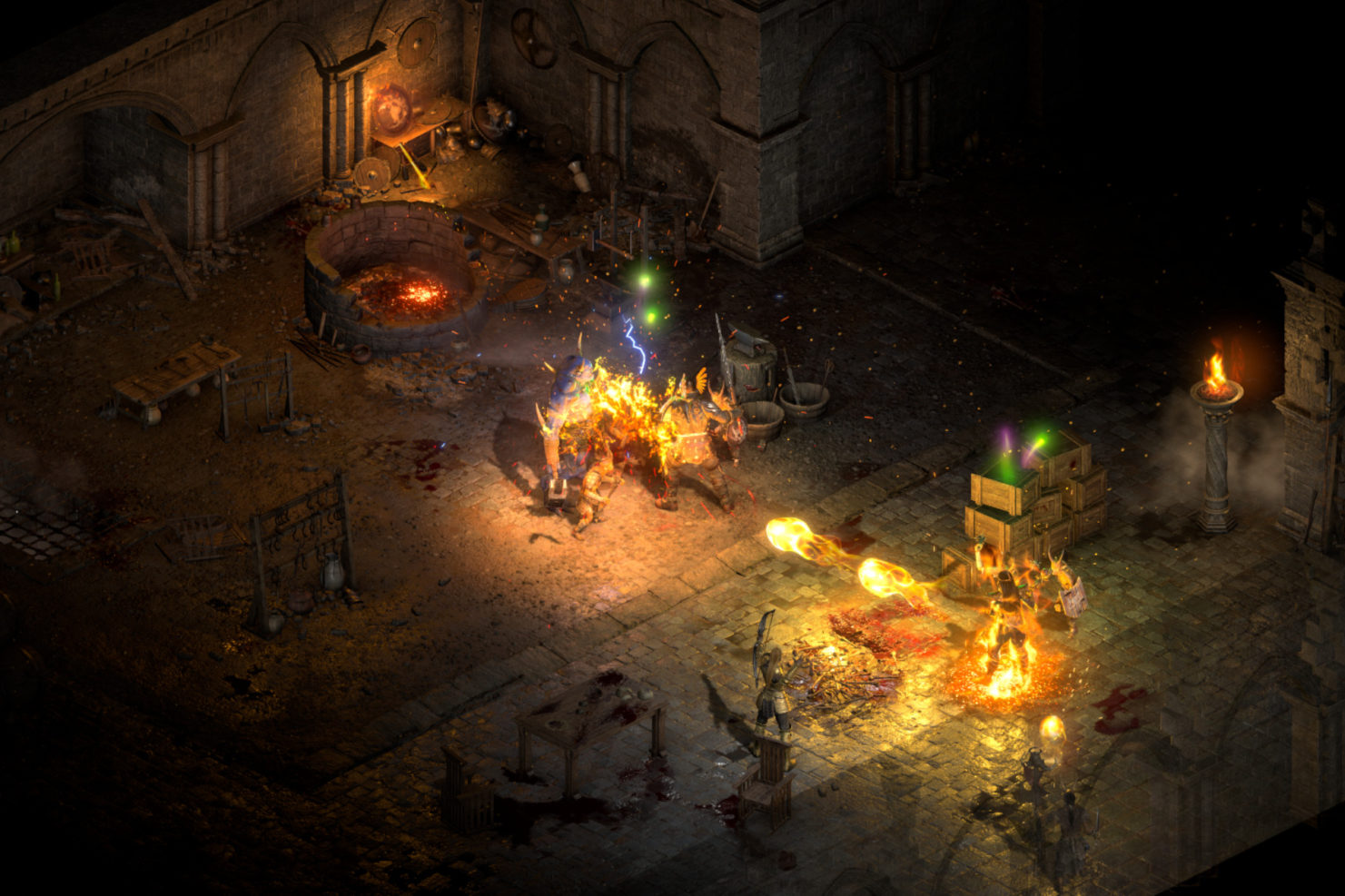 Ghostlore is a self-styled ‘eastpunk’ action-RPG that incorporates creatures from Southeast Asian legend into a Diablo 2 and Titan Quest-inspired gaming experience. There’s a system for customising items and characters, as well as dynamically generated terrain with vintage 2D isometric visuals. If that has piqued your interest, the independent game is now available in Steam Early Access. But if you want to learn more, stay a while and listen.

The world takes inspiration from developers Andrew and Adam Teo’s home country of Singapore, alongside other neighbouring lands like Malaysia and Indonesia. While it’s notable in the Ghostlore’s architecture, it’s especially present in the food, which you can gobble down to boost your stats. The real treat, though, is the demons. The Penanggal, for example, is a monster from Malay folklore that “comprises nothing more than a disembodied head and dangling entrails”.

Ghostlore has some excellent build potential, too. You can mix and match abilities from three-out-of-six character classes to create something truly busted. The Adept is your martial artist, the Hashashin is an assassin who relies on speed, and the Sentinel can communicate with animals, to name a few of them.

You can also boost your stats through the Glyph system, which involves magical symbols that you can inscribe onto your body to gain buffs and new powers. There’s only so much space for them, though, so weigh up what’s worth using.

You’re also getting local co-op to play with four other buddies on the same screen. If you’re feeling generous, you can use the Shrine of Balance to help others by sending them equipment. If they use your gear, you’ll get a better chance of scoring good loot.

Naturally, though, any new PC game wouldn’t be complete without mods, you’re getting Steam workshop support, too.

Are you looking for more neat games like Diablo on PC? All you have to do is follow that link.