Fallout 76 Wastelanders Update is out now on all platforms 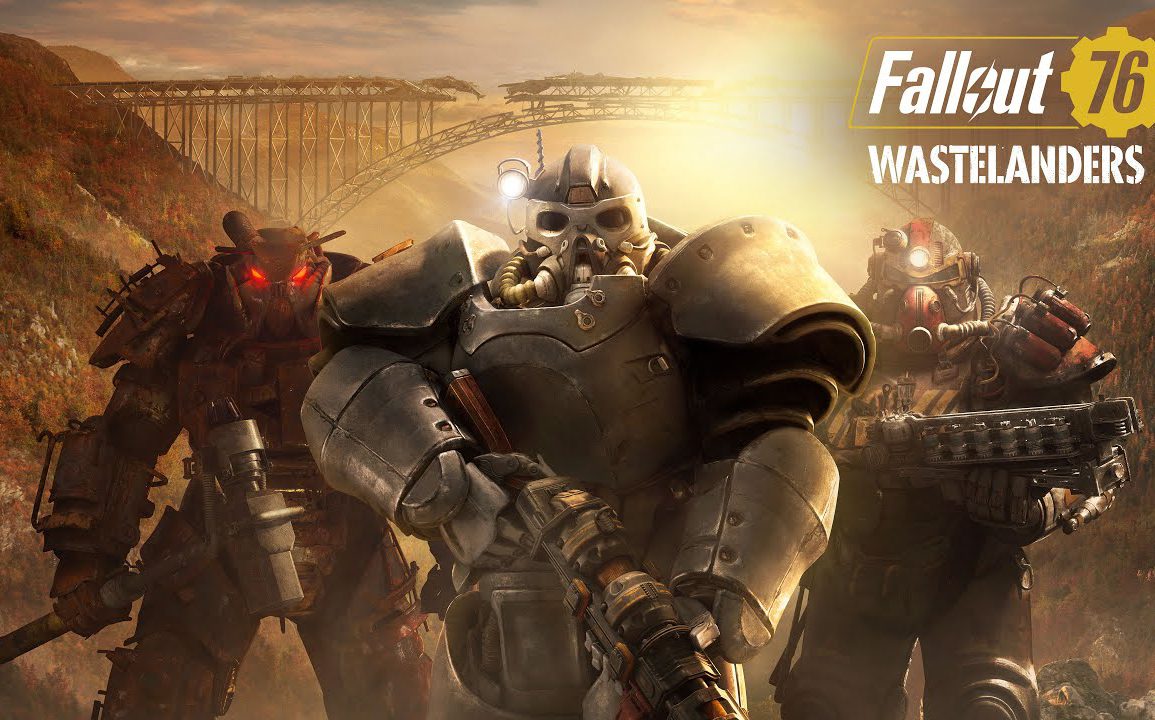 Todd Howard returns with 16 times the detail update for the absolute garbage fallout 76. The Fallout 76 Wastelanders update will bring many new features and a storyline to the game which could possibly fix the game. But I don’t trust Bethesda so I am a bit skeptical about this update.

What is the Fallout 76 Wastelanders release date?

The update was planned to be released earlier but development took a bit longer than Bethesda expected. It will be released today, April 14, on all platforms.

What is new in the Fallout 76 Wastelanders update?

The update can very likely be the thing that fixes the game forever. The update has a brand new story for the players to go through with dialogue choices, branching storylines, and consequences for your choices. You will be rubbing shoulders with two new factions. The Settlers and the Raiders.

According to the Playstation Blog:

“The Wastelander questline is really two separate stories. The first story arc you get immediately after leaving Vault 76 and it’s centered around a new watering hole called The Wayward. The Wayward is run by the friendly (and sometimes grumpy) bartender, Duchess, who has a fair bit of trouble she needs help getting out of.”

“Duchess points players to Fallout 76’s base questline, as well, and players can mix and match between doing the new storyline and the original. The original quests also have additional life breathed into them with new NPCs here and there, plus full conversations with some of the launch characters (like Rose and MODUS).”

“The second quest arc (and the meatier of the two) starts in Sutton after players have hit level 20. In this quest, you’ll meet the Raiders and Settlers and get to the bottom of the mysterious treasure of Appalachia. Although the Wayward line doesn’t get you to level 20 by itself, doing the original questline plus exploring the Forest and Toxic Valley should get you there in no time at all.”

There will be companions you can romance

The settlers and raiders will each have unique companions available, and you’ll be able to romance them and win their favor through dialogue and by completing their personal quests. As is Fallout tradition, your companions will have opinions on your actions and may approve or disapprove of the things you do.

The companions, however, won’t be able to follow you everywhere in the world of Fallout 76. “The following part, right now, they’re basically going to be in your camp,” Gardiner said. “Or in towns. We have technical limitations there, frankly.”

Will there be new multiplayer events in Wastelanders?

A new multiplayer event, Radiation Rumble, is a Public Event geared for level 50+ players who want to help scavengers mine the irradiated Emmett Mountain Disposal Site. Besides braving the toxic goo, the site is teeming with enemies eager to kill anyone they come across. If all the scavengers die, then the mission is a bust, so it will require coordination between some players defending the scavengers and others mining ore. All of this while the clocks (and the Geiger Counter) are ticking.

Wastelanders will also introduce new weapons and armor that will be available to all players.

What is the price of Fallout 76 Wastelanders DLC?

The new DLC is completely free for all players who already own fallout 76. If you do not own the game you can buy a copy now and it will include all updates and DLCs up to this point.

Check out the story trailer of Wastelanders:

Follow our blog for more gaming news and reviews.