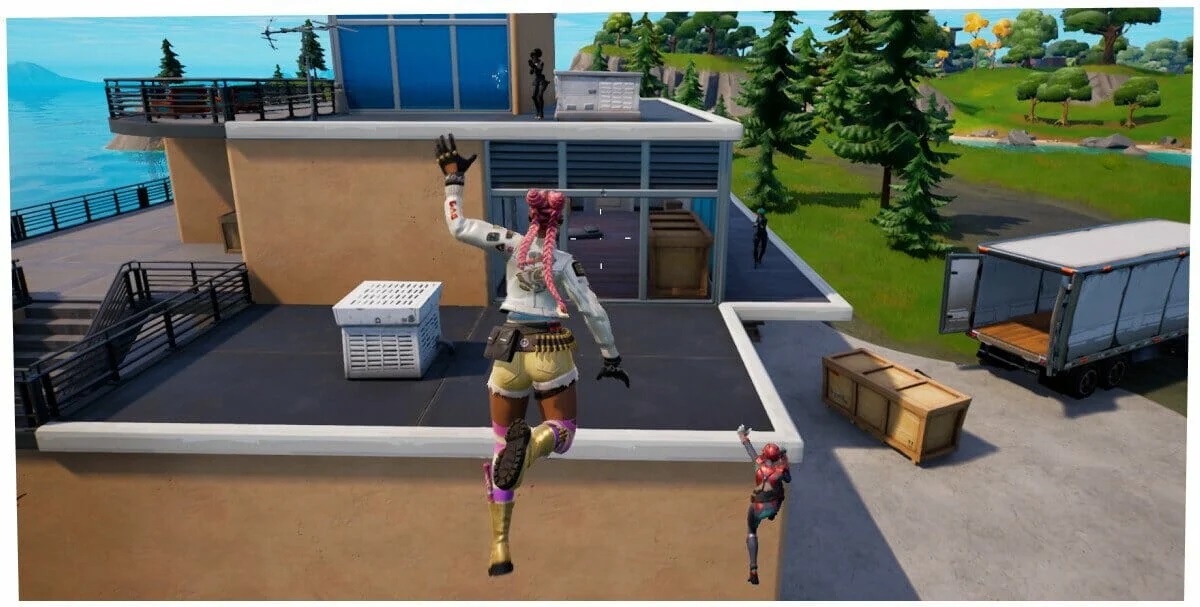 With the release of Chapter 3 Season 2 today, it appears like Epic Games is finally integrating Fortnite parkour, allowing players the ability to climb ledges in one of the finest battle royale games on PC. Unfortunately, it comes at a price: in the game, you can no longer swing like Spider-Man.

Fortnite is well-known as one of the best building games around, but one of the most common uses of the building ability – at least, for me anyway – is just to make a staircase to access low-level roofs. Rival games such as Apex Legends and even PUBG Battlegrounds feature parkour climbing already, so it’s odd that Fortnite still hasn’t.

As spotted on Twitter by Fortnite leaker HypeX, a short video of Fortnite gameplay shows two players jumping and climbing onto rooftops, so Epic is finally adding parkour into the game as part of Chapter 3 Season 2 – which starts today, of course, when the servers finally work.

It certainly doesn’t appear ambiguous, as a player character is clearly climbing up the ledge – something that’ll make fans of Lara Croft and Nathan Drake very happy. Epic is even removing building for nine days, presumably to give players a chance to get to grips with this new mechanic.

However, the reaction to the removal of the Web-Shooters is a little more impassioned. As soon as Fortnite got the ability to climb walls, it loses the ability to swing between them Spider-Man-like. We guess no Spider-Man game can be perfect.

The removal of the Web-Shooters is all the more annoying given how heavy Epic has gone in with the Marvel collaboration in the Fortnite Chapter 3 Season 2 Battle Pass – which even includes Spider-Man villain The Prowler. How are we supposed to fight him without our Web-Shooters?