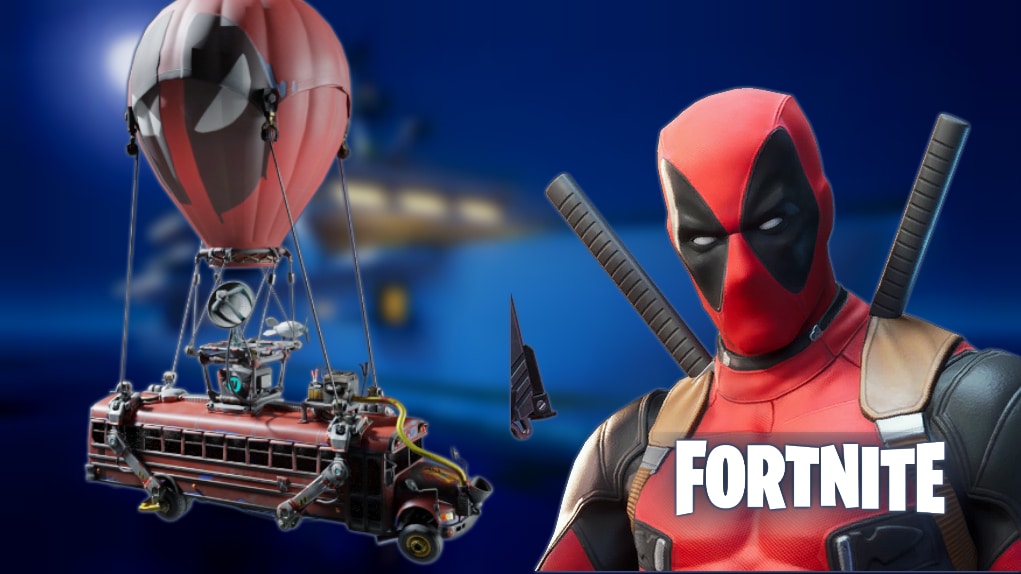 It is no longer a secret that Epic Games Studio is planning something involving Deadpool and Fortnite. The new Fortnite Deadpool event will be out this April. And it includes tons of new challenges and the new Deadpool Skin.

When will The Fortnite Deadpool Event start?

The official Deadpool Twitter account announced that the Deadpool event will Start tomorrow, April 3rd. Also, the announcement hinted some special changes to the game by saying “music, tacos, and whole lotta Deadpool” which is just a clue on how the new update will come packed with many Deadpool related activities and challenges.

There will also be a new weapon, the Deadpool hand canons, and an alternate style of the Deadpool skin, the unmasked Deadpool.

As mentioned here on Fortnite Intel:

Fortnite players were excited and surprised to see that Deadpool would be the Season 2 secret skin. Since then, we’ve been counting the days until he eventually comes to the game.

It’s now Season 2 week 7, which means it’s traditionally the time for the secret skin to be revealed. Deadpool’s calendar tells us as much too, with this Friday circled.

We got a boat-load of leaks – no pun intended – about Deadpool in the v12.30 patch. Here’s everything we know, so far.

According to the v12.30 leaks, Deadpool will be taking control of The Yacht when he enters the game, this Friday.

We’ve seen what The Yacht will look like under Deadpool’s control, complete with the Midas statue revealing itself to be the superhero, himself.

What will the henchmen be like when Deadpool takes over? We don’t know, just yet. According to the game files, however, we’ll be able to disguise ourselves as Deadpool at The Yacht.

Does this mean that the henchmen will be Deadpool as well? That would be incredibly confusing, but it’s possible.

Since Deadpool is taking over the Yacht, it’s assumed that his mythic Hand Cannons will replace the mythic Heavy AR, although Meowscles could be relocated to another area of the map.

Thanks to the usual suspects, we have the statistics of Deadpool’s Hand Cannons before they enter the game. Here’s a breakdown from @iFireMonkey.

As many fans predicted, Deadpool will also be taking control of the Battle Bus. Not only that, though, but he’ll also be the theme for the supply drops.

These changes will probably last for a week or two – until the next patch comes out. Either way, it will be an exciting welcome to one of the more popular skins in the game. Let’s hope that the Deadpool Bus music is bearable, at least.

What do companies have in store for their games?

What do you think about the new Deadpool and Marvel collaboration with Fortnite? Although I am not a fan of the game, but it is good to see companies provide free content to players especially at the times of the coronavirus quarantine. Epic games especially are taking good care of their game and keeping it on top.