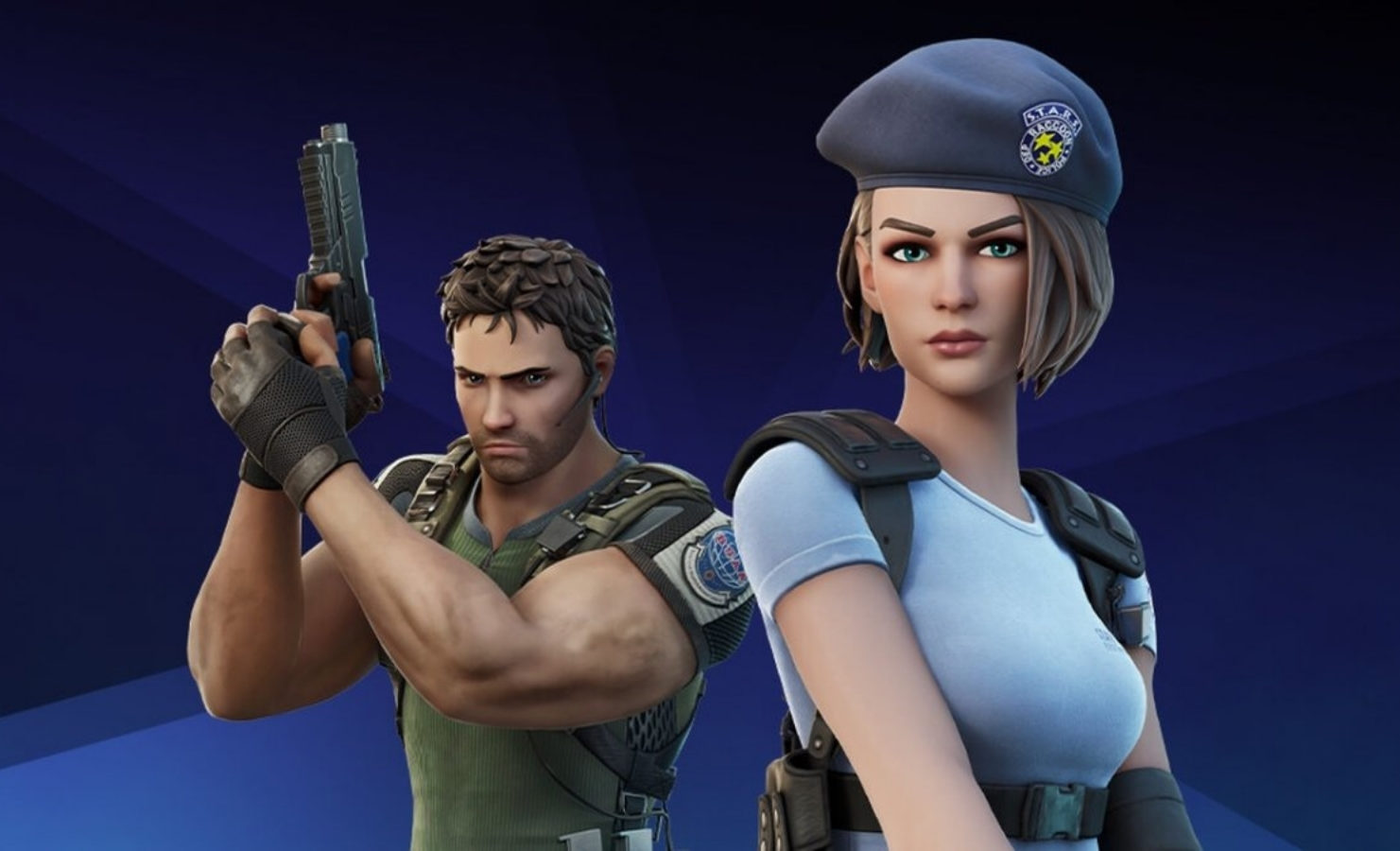 Fornite launched a surprise for all Resident Evil fans. There will be a crossover between the two games, as a celebration of Halloween. The Fortnite x Resident Evil bundle boasts original stars Jill Valentine and Chris Redfield alongside various items that may or may not make any sense whatsoever – like an actual Umbrella umbrella.

Capcom obviously seems to have a good relationship with Epic after bringing family-friendly versions of Street Fighter skins to Fortnite earlier this year, now in time for Halloween – and with all the zombies popping up over the map – the stars of the Resident Evil series have started making their way over.

The Resident Evil S.T.A.R.S. bundle is available in the Fortnite shop now, bringing with it the (ahem) stars of Resident Evil 1 – Jill Valentine and Chris Redfield, with two outfits each. Jill gets her original RE1 uniform and her more recent Resident Evil 3 remake outfit, whereas Chris gets his boulder-punching RE5 outfit and his traitorous government stooge outfit from this year’s Resident Evil Village.

It’s the accessories that are the craziest part of this bundle, not just that it features two harvesting tools and two backpacks. The back bling includes (useless) medical herbs of multiple colors and a wearable typewriter, in case Fortnite adds a savegame function. The two melee weapons are pretty obscure and most fans will probably have to Google them unless they’d spent 7200 points on a melee weapon in RE3.

It’s the Brolly Emote that’s the weirdest thing here, however, boasting a nice little brolly-spinning walk around the map with an actual Umbrella logo umbrella.

The full bundle can be picked up for 2100 V-Bucks right now, which is pretty reasonable given Chris and Jill alone are 1500 V-Bucks separately, and that’s without the gear, emote, and a cool loading screen – featuring undead Tomatohead, who must’ve come back as a zombie after The Batman Who Laughs killed him this week.