Gibbon: Beyond The Trees Demo Spoils Third of the Game 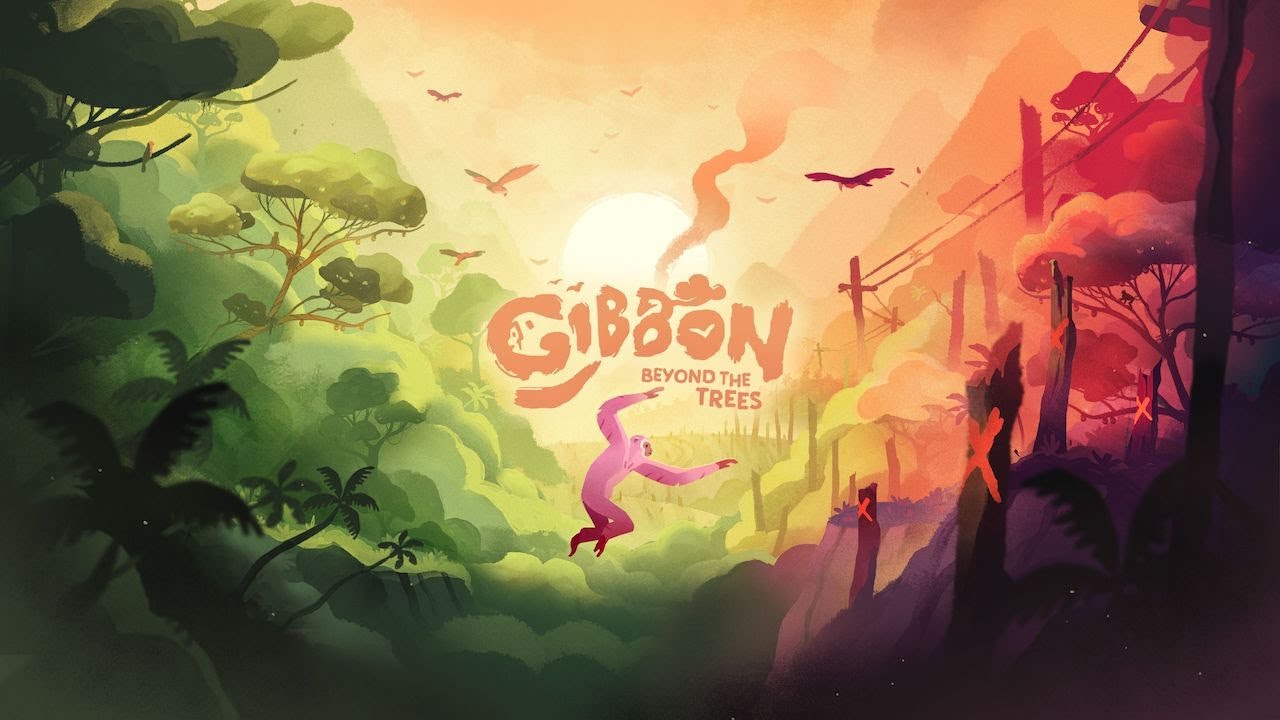 I was immediately on board when Broken Rules unveiled Gibbon: Beyond The Trees, a colourful 2D swingathon, at the beginning of February. Finally, I could fulfil my childhood fantasy of sliding down tree branches like Tarzan from Disney’s Tarzan, all while playing another stunning adventure from the creators of Old Man’s Journey and Secrets Of Raetikon. When I found out it was going to be a part of Steam Next Fest this week, I was astonished.

The developers have stated that the game will be roughly an hour long, and with this week’s demo clocking in at a whopping 20 minutes, part of me is a little disappointed that I’ve already seen a third of it in action. The other part of me, however, is absolutely thrilled, and it’s all down to my gibbon’s sick, speed-boosting backflips.

Like Graham noted in his original announcement post, I couldn’t quite work out how Gibbon: Beyond The Trees would feel in the hands based on the trailer above. It’s being made for Apple Arcade as well as PC and Switch right now, so I knew the controls must be fairly simple to accommodate Apple’s touch remote. Happily, Broken Rules have included a variety of control options on PC. With a controller, everything’s mapped to the trigger buttons, while keyboard users can either use the arrow keys, WASD or a combination of the two. I was playing on a gamepad, and you run by holding down the left trigger, swing by holding down the right, and when it’s time to jump it’s simply a matter of releasing your current trigger to catapult them skyward.

Running is slower than swinging, but hold left trigger on a down slope and your gibbon will enter that aforementioned Tarzan slide, cruising down branches at lightning speed. It’s all very satisfying stuff, combining the momentum-building moments of Secrets Of Raetikon with the stunning, linear environments of Old Man’s Journey. Your fellow yellow gibbon pal is also on hand for some rad assists every now and again, too, as demonstrated below:https://gfycat.com/ifr/MetallicForkedHarpseal

Eventually, though, you learn to backflip by tapping left on the d-pad during a jump, and holy moly, this is easily the most glorious part of the entire demo. Backflips effectively double up as a small boost, you see, providing your gibbon with a burst of speed when they grab onto their next branch. It’s great for getting back into the swing of things (sorry) when you clip a branch or start losing speed, but it’s also just great to watch onscreen. There was a moment during my playthrough last night where I literally couldn’t help myself doing backflip after backflip after backflip. Eat that, Tarzan.

The rest of the demo was equally delightful to play, but it’s clear it won’t all be sick gibbon flips and rad slides. Before my 20 minutes were up, I saw a few early glimpses of the jungle being destroyed by deforestation, as well as deadly fires raging through the undergrowth. In both cases, there were fewer and fewer trees for our colourful gibbons to swing and leap from, and while both of these things are obviously bad for the planet at large, wrenching away such a joyous control system really did help hammer that message home.

I may already be a chunk of the way through Gibbon: Beyond The Trees, but I’m also deeply invested in seeing how it ends, too. Old Man’s Journey took us to some truly lovely places in its similarly brief running time, and from the looks of things, Broken Rules have some equally good pitstops lined up here, too. I also just want more of those heart-swelling backflips and slow-mo assists. Is it too much to hope for an endless runner mode, perhaps?

Gibbon: Beyond Trees is currently dated for early 2022 on PC and you can play the demo for yourself over on its Steam page.