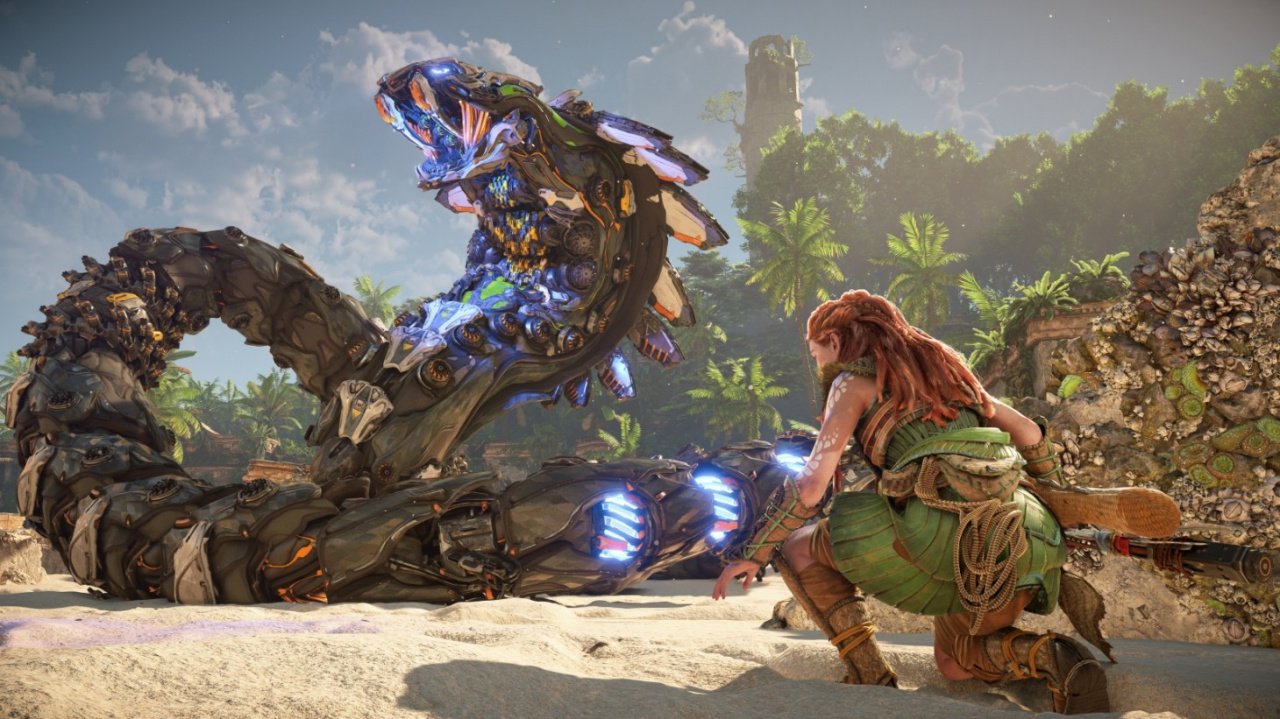 We’ve been harping on about Horizon Forbidden West‘s snake-like machine Slitherfang for a while, and for good reason: Game Informer’s current cover article on the Guerrilla Games sequel continues to tease, and this very brief gameplay footage is mesmerising to say the least. SunhiLegend, we think, has captured it all in spectacular fashion, but goodness gracious, this is mind-blowingly fantastic.

What about attacks, then? Well, the Slitherfang can fire acid out of a cannon in its throat, but you can of course dislodge that with a perfectly aimed arrow into its mouth. It also can fire lightning bolts from its tail, but you can remove this and use it as a weapon against it. That’s not all you’ll need to contend with, however: it can also deafen Aloy by emitting sonic waves from around its head.

As you can see from the clip, the machine is mind-bogglingly well-animated, and it’ll coil up buildings and swat you from trees if you try to stand still. This forces you into constant motion, as you dance around the battlefield looking for openings to subdue its many attack options. The gameplay just looks absolutely superb here: as we’ve mentioned a few times now, it’s going to be the combination of all these different types of enemies, alongside Aloy’s new abilities, that will make this title truly special.