Is It Sonic Frontiers or Elden Ring? 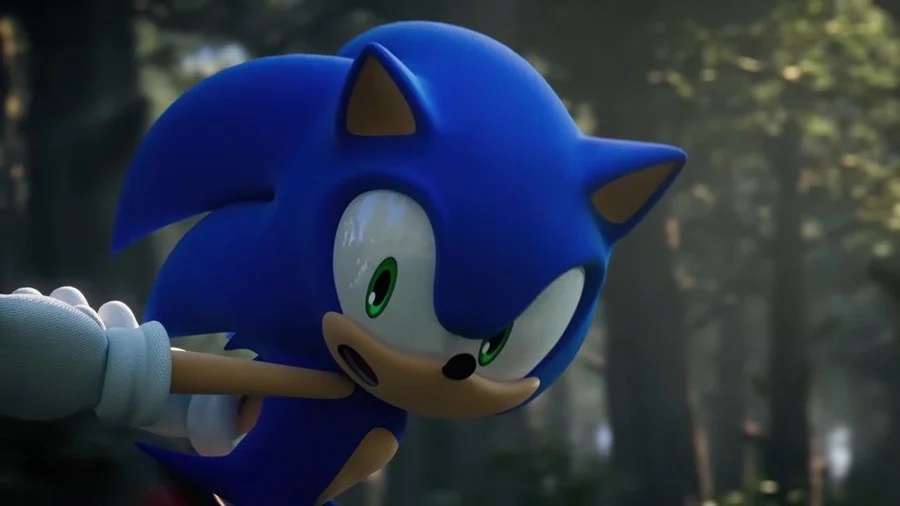 If you’re a Sonic the Hedgehog fan, chances are you’ve already formed an opinion (perhaps very strong) on Sonic Frontiers, the new open-world game starring everyone’s favourite high-speed hedgehog and his pals, by the time you read this. There’s only so much we can say about the roughly 45 minutes we spent playing at Summer Game Fest, but the sections we can discuss – and bear with me here – feel a lot like a Sonic take on Elden Ring.

The demo opens with Sonic emerging from a portal of some kind onto a dreary, rain-swept system of cliffs and meadows, dotted with mysterious stone ruins. Sonic is instructed, in accordance with tradition, to seek out the Chaos Emerald, at which point he’s free to roam – or at least, free to experience a series of onboarding tutorials that teach the fundamentals of traversal and combat.

During my session, I selected the ‘fast controls’ option, which Sonic Frontiers says is designed for players familiar with Sonic games. I played my fair share of Sonic 3: Sonic and Knuckles, I reason, and so obviously that’ll be the scheme for me. This was a bit foolhardy, it turns out.

Playing at shows is never ideal. There’s added stress to not look dumb while playing, the devs tend to be on hand and you want to be asking interesting questions, and you’ve probably just played five strange indie games that bend your brain in fascinating ways immediately before sitting down. I didn’t get to check it against the slower option, but the fast controls in Sonic Frontiers get very fast.

The tutorials come at a rapid clip initially, which is a bit frustrating. Sonic can move tremendously fast, and it’s clear Frontiers is made to let him do exactly that, but he’s constantly interrupted by ponderous establishing shots that set up the next mechanic or input you’re meant to learn.

Still, criticism of Frontiers over appearing to be an “empty world” falls wide of the mark. The slice of overworld I try at Summer Game Fest feels well calibrated to Sonic’s movement – in fact, I found myself too frequently interested in some obstacle course or collectible I’d noticed off to the side to get much of a good, sustained zip going for very long.

The demo includes two minor ‘boss’ fights, and it’s here that I get a chance to click with Frontiers’ combat system. It’s pretty simple – locking onto an enemy will change Sonic’s focus so he moves relative to that enemy, just like in Souls games. Tapping X will have him execute a quick attack that snaps right to the enemy in focus, and the trick tends to be to time them so as not get swatted when you go in for a strike.

That attack also snaps Sonic toward nearby bumpers and lifts, which will send him soaring across huge gaps or up sheer cliff faces as the case may be. Sonic can also use the attack on various floating items in the world that allow him to leap-frog between distant platforms or complete puzzles.

As Sonic explores and defeats enemies, he’ll earn skill shards that eventually unlock new tools and abilities, such as leaving a glowing trail with his footsteps – sprint around a group of enemies, and once Sonic has completed the loop, he’ll strike everything inside. That’s how I’m able to beat the second boss, which works like a whirling Jenga tower made of saw blades – lock on, run to avoid missiles, draw a loop, strike. The bottom section of the tower is bashed out, and after a few rounds of doing this I’ve shortened the nasty bot enough to jump up and strike its head with a normal kick attack.

This skill can also be used to unite elements of an environmental puzzle, often yielding skill shards, rings, or even opening up new areas. And that was just the first skill on the tree.

There’s a complicated embargo to observe regarding the Sonic Frontiers demo, and I can’t share everything I saw during the time I played. It’s already a divisive game, and I’m sure it’ll continue to be in the leadup to release. I’ll say this, though: even playing under less-than-ideal conditions (such as having to use an alien PlayStation controller with Xbox on-screen button prompts), and with a bit of jankiness, the small taste of Sonic Frontiers I played left me interested in seeing more, and the strange and gloomy overworld is just one reason for that.

The Sonic Frontiers release date is set for some time this coming holiday season, and will be available on PC via Steam.