Is There more to Blood Bowel 3 Than Being a Faithful Adaptation? 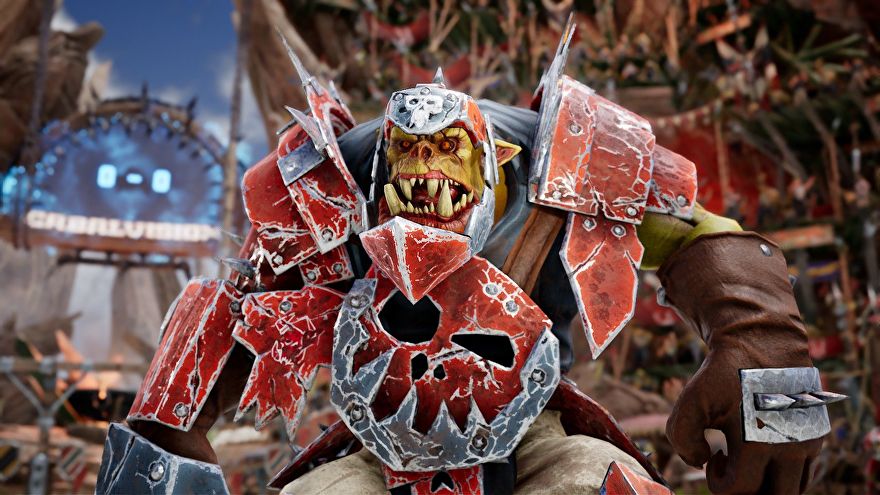 The stage is prepared for bathos, and no fan of the series will be surprised by what comes next. Our protagonist gets catapulted skyward by an ogre’s backhand as soon as he exits the tunnel. He gets more airtime than the ball in the first several minutes of the game. And then he’s a footnote in the grass, prone in the grass as considerably larger – and better armed – humanoids pound the ground around his limp form.

“I’ve made it,” monologues a goblin, donning chainmail and spiked shoulderpads in the changing rooms. “Finally. After all these years of hardship. After everything they told me. I will show them that even I can be the best player.”

It’s an opening cinematic that offers proof that, if two prior games weren’t enough, French developer Cyanide understands the spirit of Blood Bowl intimately. It’s a game that, along with Friday Night Lights, acts as a form of international outreach for American Football. But its world is philosophically opposed to that of Kyle Chandler and Connie Britton; in Blood Bowl, earnest yearning to succeed will only earn you the attention of Nuffle, the god of dice, who delights in knocking back a tryer. This sporting deity – who may or may not be born from a British mispronunciation of ‘NFL’ – doesn’t so much laugh at your plans as unfold a picnic chair, throw a bag of popcorn on the camping stove, and treat your destiny as a feature-length slapstick comedy.

As a coach, you do your best not to tempt the supreme being with the clacking white cubes. Controlling your team from above in the mode of XCOM – or perhaps more pertinently, Space Hulk – you leave the riskiest actions til last. Movement comes first, followed by blocks and dodges, and finally the Hail Marys, literal or otherwise. You do this knowing that the moment an action fails – the dice turning against you with a plastic cackle – your turn will end. Control will be passed over to your opponent, and golly they’ll use it.

This is what Blood Bowl 3 is all about – the same thing Blood Bowl 2 was about, and Blood Bowl before it, not to mention the 1986 board game from which they were all minimally adapted. When Cyanide first started on this journey, Jervis Johnson’s classic Warhammer spin-off was out of publication, and digitising it was an act of cultural preservation. In that context, the extreme design conservatism was welcome. Now, I’m not sure I feel the same way. Despite a deep and masochistic love for the cruel comedy of Nuffle, I’m starting to itch for meaningful change. And in Blood Bowl 3’s closed beta, I’m not finding it.

In theory, this should be the sequel in which the dead game starts breathing again. Over the past half a decade, Games Workshop have started manufacturing new boards and miniatures for Blood Bowl – thanks in large part to Cyanide’s efforts in supporting and rebuilding an audience for glam-punk murdersport. In 2020, the publisher put out a Second Season Edition, with an updated ruleset upon which Blood Bowl 3 is based.

Yet this new iteration smells slightly of mildew and decay, introducing nothing visibly new. That’s unlike 2015’s Blood Bowl 2, which though mechanically identical to its predecessor, had a clear reason to exist: an enormous presentational leap forward. There, for the first time, the action was crisp and punchy, punctuated by XCOM-style cinematic cam shots of dinosaurs punching orcs in the face. There’s no such aesthetic jump to justify the existence of Blood Bowl 3. In some ways, in fact, it feels like a stumble backwards – occasionally indulging in gaudy filters that shoot for scuzzy cool but wind up closer to those apps that turn your photos into fake watercolours.

One new draw is a gaggle of extra teams, a couple of whom showed up for the beta. I first tried the Imperial Nobility, a plumed hunting party which, true to the upper classes, seemed to specialise in dodging consequences with extra dice rolls and exception rules. But they share the problem of every human side in Blood Bowl, and arguably all Warhammer, in that teammates are largely indistinguishable from each other – save for a few stats and skills. That makes them not only boring, but tricky to play; there often isn’t time to squint at individual player cards when taking in the field and planning your next move against a timer.

I fared much better with the Black Orcs, whose roster of goblins and trolls make for more distinctive silhouettes. It’s a team min-maxed to allow for both bullying and bursts of speed, provided you have the right players in the right spots – recalling my favourites, the Lizardmen, who don’t appear to have made the cut this time. There’s nothing quite like setting up for the second half and seeing the grass stained with dry blood – all that red ink telling the story of the throwers and linemen your rival won’t be fielding anymore.

There’s no doubt that Blood Bowl remains a wonderful hybrid of sports and combat, chance and intention, slip-ups and audacious escapes. Yet with matches regularly running to an hour – many minutes of which are spent blocking opponents at the 50-yard line, over and over – it remains a gruelling game too. One in which newcomers devote a long time to losing, and in which advanced tactics are locked away behind a catalogue of punishing fundamentals, all of which must be mastered before meaningful decision-making becomes possible.

It would be unfair to say that Cyanide haven’t experimented with the Blood Bowl formula – they’ve been plugging away at real-time variants and spin-offs for years. But my hope is that they might work instead to boil down the essence of the classic game, in new modes that are both radical and true to the unique turn-based offering at Blood Bowl’s core. Perhaps the studio might channel the forward-thinking and accessibility of its genremates at Firaxis and Ubisoft Milan. But I don’t know if Blood Bowl 3 will be that game.

The first high-level tactic that every Blood Bowl player learns is the cage – a grid of four bodyguards who flank and move with the ballcarrier. The thing about the cage is that, while protective, it’s slow-moving – liable to be surrounded, overtaken, made obsolete. Cyanide have done a marvellous job of protecting Blood Bowl through a time when it was vulnerable. But now the game’s back at full health, I wonder if it wouldn’t be better served by a riskier play.