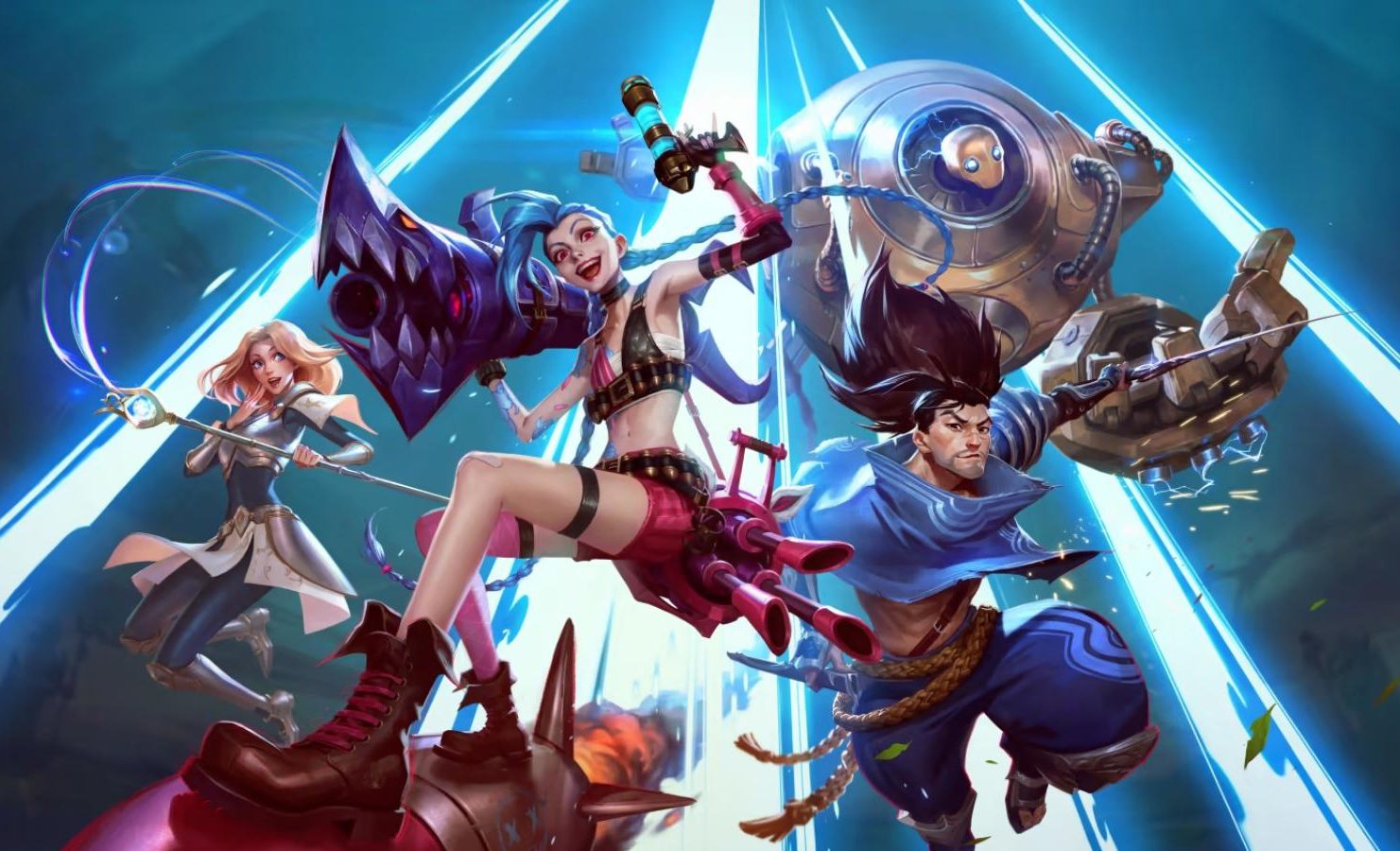 League of Legends, as well as the other games situated in the Runeterra universe, will be treated to a month-long spectacle to mark the premiere of its Netflix spin-off program, Arcane. The Arcane celebrations will offer new skins, Summoner’s Rift improvements, “new interactive experiences,” and more inspired by the show, starting with the MOBA game’s 2021 World Championship final and a live global premiere event in early November.

Called RiotX Arcane, the event will reach across Riot’s flagship MOBA, League of Legends: Wild Rift, Legends of Runeterra, Teamfight Tactics, and Valorant. For League of Legends, there’ll be some free new skins inspired by Arcane for champions Jayce, Vi, Jinx, and Caitlyn – with the latter’s being sort of revealed with Caitlyn’s upcoming visual update earlier this week. You can now get a look at what the character models for these skins will look like via these links here, and there’s some footage of them in action on the League of Legends event’s site there.

You’ll earn these skins through in-game missions that start on November 8, with the Skin Permanent and its corresponding Champion Permanent hitting your Loot tab when you’ve completed the relevant missions. They won’t feature new VFX or VO, but will “channel the style of each champion within the world of Arcane”, Riot says. They’ll be available to buy for 975 RP each after December 9 if you don’t get to them all in time.1.1M183Payday 3 heads to New York, even more Terraria, and Humankind modding tools | Latest PC gaming news

Starting November 6, you’ll see new Arcane-inspired map accents come to all of League’s maps, which will hang around until December 9. There’ll also be some new in-game music, loading screens, and trivia to check out during the event.

Elsewhere, the Ultimate Spellbook game mode is making a return between November 18 and January 20, so there’ll be plenty of zany, random fun to dip into. Plus, Riot will be revealing “two new interactive experiences” in the next week (as of this story) so keep a weather eye out for more on those.

Then, of course, there are the Preseason updates, which will bring new elemental drakes, items, and runes to the Rift. We’ll have those covered in the League of Legends patch 11.22 notes for you to check out in more detail.

For full information on the live premiere event (which will bring some Arcane-themed Twitch drops) and the rest of the event’s offerings, head to the RiotX Arcane site here. The hub found there will evolve week-by-week with new information about the event’s happenings across each of the game’s involved, so you’ll want to keep checking back to find out about the missions, rewards, and updates coming up.