Loot River, the Bloodborne and Tetris Mashup, is Now on Game Pass 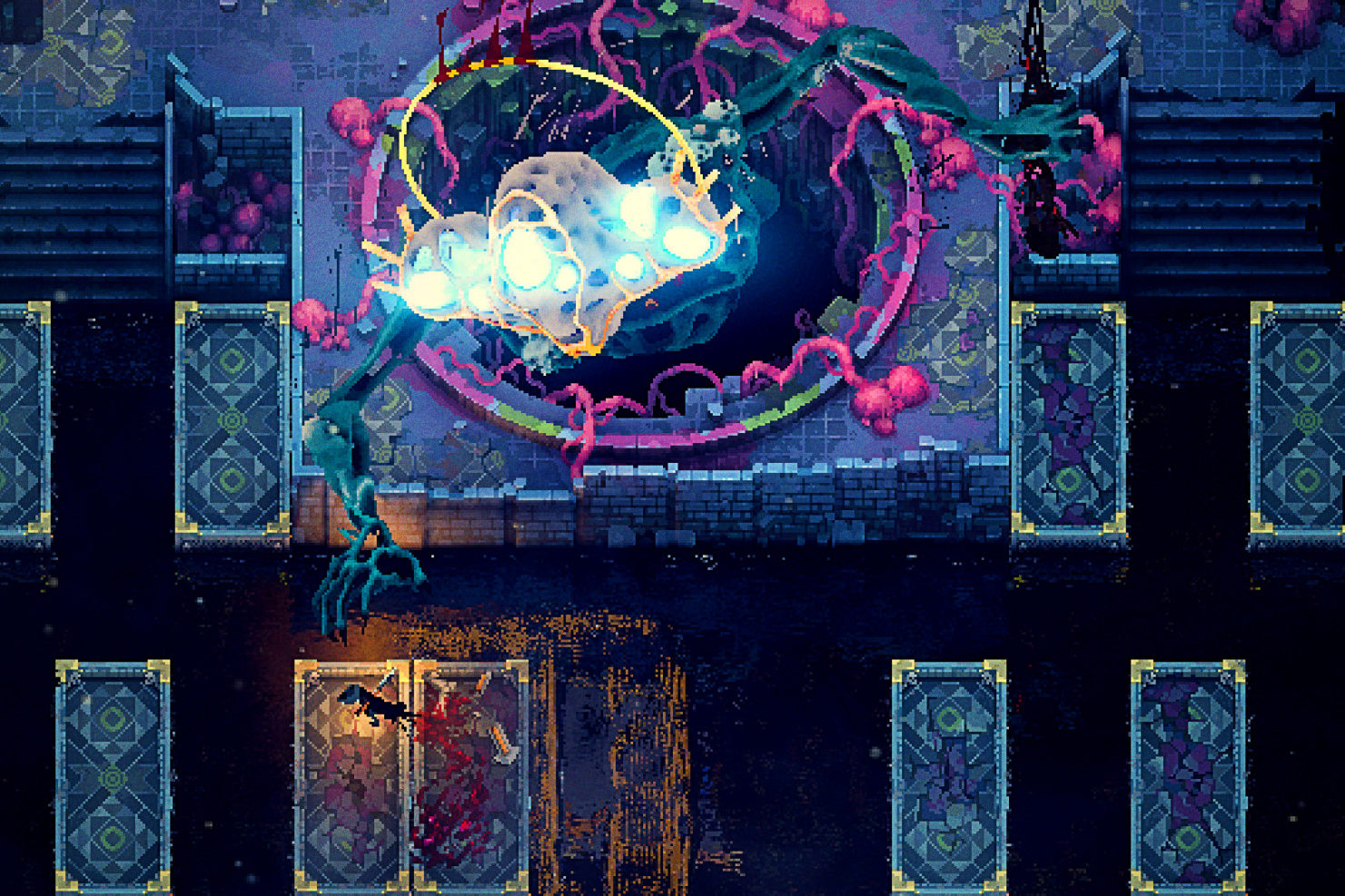 There is a new release. Loot River is now available on Game Pass, and it seeks to break out from the roguelike pack with a unique block shifting feature that looks like a cross between Bloodborne and Tetris. Players explore a series of randomly generated labyrinths made up of little sections of land that may be dragged around the screen to modify the environment and traverse the ground in this top-down dungeon crawling game. Of course, there’s plenty of the titular loot to be found along the route, as Game Pass subscribers can now see now that the game has arrived on Microsoft’s subscription service.

Loot River, created by Slovakian developer Straka Studio and published by the Superhot Presents fund, promises frantic action with a rather distinct Tetris-inspired twist thanks to its shifting environments. By sliding the chunks around the screen, players can outmaneuver enemy groups and deftly jump in and out of combat. Most of the fighting on show is melee-focused, although the trailer does feature some rather deadly-looking ranged attacks as well.

The game’s launch trailer showcases several such moves in action, with certain stretches requiring careful sequential movement of several blocks to progress in a manner reminiscent of traffic jam inspired sliding block puzzle Rush Hour – only featuring a number of hostile creatures out for your blood as you slide the landscape around. Another sequence shows the player rushing to slide their way across a lake as they are chased by a horde of shadowy claws stretching out from one side of the screen.

The sliding mechanics aren’t all Loot River has to offer though – as the name suggests, loot also plays a big part in your adventures. The team says there are 26 weapon types to be found, each with their own unique movesets. Some will excel at certain attack strategies, such as staggering enemies or utilising dashing attacks. Others might feature more distinctive traits – the pike has a long initial range but will break over time, meaning it will get progressively shorter.

Weapons can also feature elemental enchantments, which interact with certain enemy types. Hitting a gas-filled creature with a fire weapon might cause the ground to be smothered with deadly flames. Other equipment will allow for some smart synergies, such as combining a charm that creates a toxic cloud on hit with one that heals the player rather than hurting them when standing in said toxin clouds. Additional equipment and spells can be unlocked over the course of the game using a secondary resource, called knowledge.

Loot River is out now on Steam and is also available on Game Pass. If that’s not enough to satisfy your roguelike demands, the long-awaited sequel Rogue Legacy 2 has recently left Early Access.