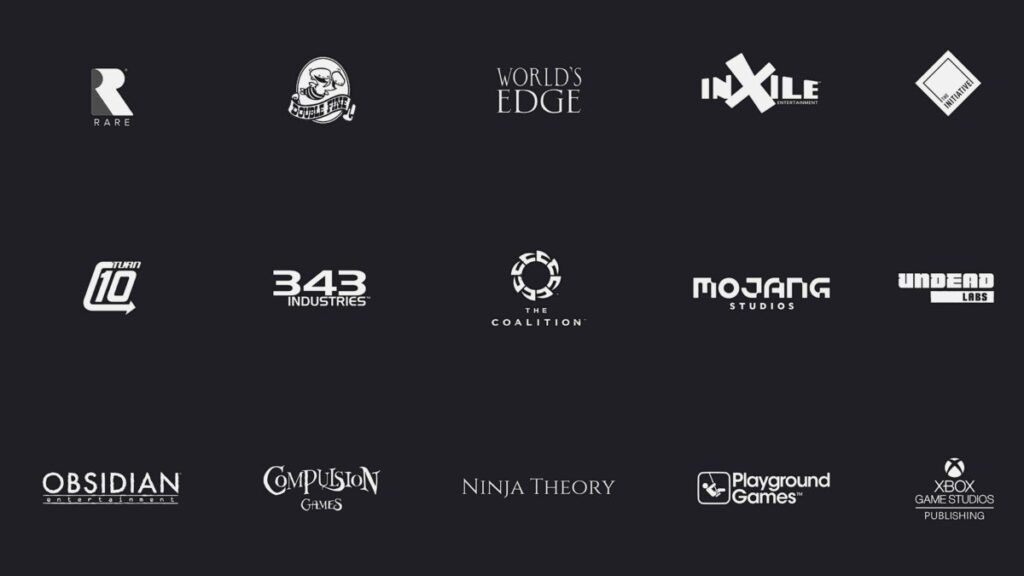 Microsoft held its July 23 Xbox Series X games event, and it featured a ton of game news. Unlike the Xbox Inside May show that was devoted exclusively to third-party games, this event focused heavily on Xbox Series X games from Microsoft’s own studios. With many of Xbox world Premieres such as Halo Infinite, plus announcements for new Forza and Fable games.

The cool part about that stream is Xbox confirming that every single one of these games will be available in Xbox Gamepass on release, take that Sony.

Halo Infinite was the first game shown during the Xbox Games Showcase. Narrated by Cortana – or possibly Dr. Halsey – as we see the Master Chief’s armor constructed, the teaser led directly into a Halo Infinite gameplay demo. It featured the same pilot that we saw in the teaser at E3 2019, with the Master Chief crashing for an emergency landing. The Banished have taken over the ringworld and the heroes will need a slipspace drive to leave. A new grappling hook and a few new weapons were also on display.

Nothing was announced about multiplayer, But the studio confirmed that the game will be playable on 60 FPS in 4K resolution on the Xbox Series X

Fable is finally back, and as rumors suggested, it’s being developed by Playground Games of Forza Horizon fame. The game was premiered with a small fairy who resembled Tinkerbell as she flew into a magical world, but she was quickly eaten by an enormous toad. It looks like the series mild humor is still there.

Senua’s Saga: Hellblade 2 will be set in Iceland and is built using Unreal Engine 5. Only scenes from the old trailer were shown with a dev talk about the development journey that will be fully shown on youtube. It is safe to assume that this game will take at least another year before we get a fixed release date.

Obsidian is not done with Bethesda yet. After proving they can make a better Fallout, they are heading over to The Elder Scrolls setting and trying their hand at a new RPG game.

Turn 10 Studios is early in development on its next Forza Motorsport title, and it was premiered with an in-engine trailer. As expected, it looks to be a near-photorealistic racing game that makes the most of Xbox Series X technology.

Undead Labs premiered State of Decay 3 during the Xbox Games Showcase. It is refreshing to see State of decay take a darker approach given the fact that they are in a zombie apocalypse. The trailer showed a zombie deer eating a wolf…

Crossfire is a well known online free to play shooter. CrossfireX is an upcoming installment that will make a series out of this multiplayer game. Its first trailer showed only an enhanced CS:GO. But now we finally saw the campaign that was mentioned earlier. Not gonna lie, I am excited to play that.

An Xbox console launch exclusive, Warhammer 40,000: Darktide was revealed during the presentation and looks to have extremely high production values. A recon squad has been sent into a hive in order to squash some sort of unrest, but they quickly find the situation is worse than anticipated. It’s coming in 2021.

Previously revealed at an earlier event, Medium was showcased during the showcase. We got a sense of the mysterious events that seemed to take place before the game began, ending in a gunshot. The nightmare scenario can be lived by the titular Medium who seems to be looking for a way to change history.

Developed by the creators of SteamWorld, The Gunk was announced as an Xbox console launch exclusive. Unlike some of the developers’ previous games, this one is set in a fully 3D environment and the titular Gunk appears to be a collectible resource. The landscape can grow and change in an instant, but there are dangerous enemies that don’t want you there.

Launching exclusively on Xbox platforms, Stalker 2 is finally real. Set in the irradiated area of Chernobyl made infamous by the nuclear disaster, the long-awaited sequel features heavy science-fiction elements. Creatures are shown growing in underground labs and one brave explorer ventures into the unknown.

Destiny 2 going free 2 play was one of the best decisions ever made by Bungie. Now the game is more alive than ever and will get a new edition featuring 4K textures for the Xbox Series X. The new edition will include all DLCs and will be playable on the cloud as well as the consoles.

The new Interactive Drama style game had an interesting reveal. We do not know if the game itself will be a visual novel as shown in the trailer. But regardless, the game looks promising. It tells the story of a boy who is trying to make it right with a girl that had her life ruined because of a robbery committed by the boy’s family.

Obsidian is going big this year, yes they assured us that they don’t have anything bigger than Cyberpunk 2077. But the new Grounded, based on “Honey I shrunk the kids” movie, is their newest multiplayer title.

The Outer Worlds is getting a new DLC chapter. Peril on Gorgon adds more danger and mysterious corporate intrigue to Obsidian’s role-playing game, and it will be out on September 9.

Dontnod Entertainment gave us a look at their new narrative style game Tell Me Why. The game will obviously have a connection to the Life is Strange series as it features a brother and a sister (yeah the internet is going wild with the step-bro memes) who both have mystic powers that go beyond their understanding. And apparently they are on the run after being accused of causing the death of their mother.

Xbox world premieres are not yet finished

Xbox only showed games from 9 out of their 15 studios and they promised us that they still have much more that will be shown later this year. Matt Booty confirmed that the Xbox Series X will have more than 100 titles at launch. No other games shows dates are confirmed yet but I am excited to see more.