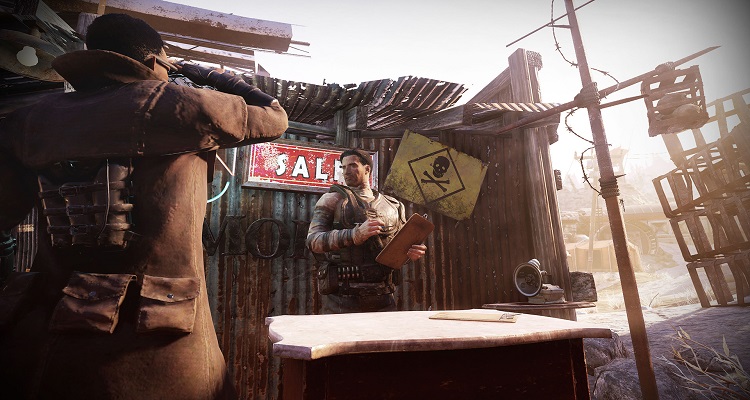 No One:
Bethesda: Here Are Some Goodies For my Abomination Of A Game

There’s no doubt that Fallout 76 is one of the most disasters released in the last decade. Since its release, the game had nothing but negative reviews because of multiple reasons, although it was promised that it would be “16 times the detail”, said by Todd Howard LOL.

Although no on asked for anything from this game. They only wanted for it to go to hell along with the liar creator, Bethesda unveiled a roadmap to address all the issues of the game. This was announced a year ago

Bethesda Has Seen Fit To Drop More Info On The Expansion Now.

In A Recent Blog Post, Bethesda shared with us the following:

“Thanks for joining us for another Inside the Vault! We’re gearing up to share a special Wastelanders announcement with you next week. In the meantime, we’ve also got a rundown on the faction reputation system for you, and you can read on to catch those details.”

“If you’ve been keeping up with Fallout 76 news, you probably know that we’ve been hard at work on our upcoming Wastelanders update. We’ve been regularly highlighting some of the new content coming to game, sharing new screenshots with you, and recently opened a private test server so that players outside our studio can join us in play testing (with more invites on the way soon!)

However, we would like to give you another peek at what’s to come in Wastelanders beyond a few new screenshots and words on a page. We’ve put together a new official trailer that we’re excited to unveil next Tuesday, February 4. Keep an eye on Fallout.com that day for full details, and we hope to see you then!”

“Last week, we introduced you to the Settlers and the Raiders, the two major factions who are on their way to Appalachia with our upcoming Wastelanders update. This time, we’re sharing some details about a new reputation system that will help you move from a total stranger to a close confidant with each faction and earn a few rewards along the way.

When you first meet the Settlers and Raiders, they will be hesitant to include you, a newcomer, in their affairs. The more you do to help a faction by offering information, taking down their enemies, and completing quests, the more you will prove you’re someone they can rely on and your reputation with that faction will increase. Eventually, you will rise through seven different reputation “ranks”, from Hostile or Cautious, to Neutral, Friendly, and Ally, among others.

Actually, I’m not interested in sharing the rest of the description. So feel free to check it in the official blog