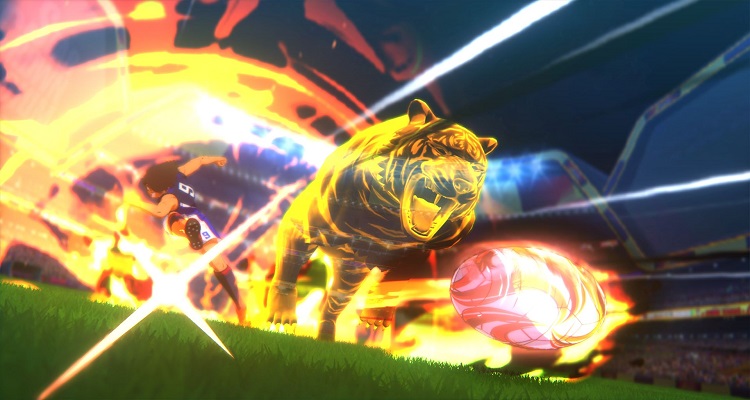 Bring The Childhood Memories Back

Bandai Namco officially announced that they are releasing a new Captain Tsubasa game called “Captain Tsubasa: Rise of New Champions”. The game is being developed by “Tamsoft” team.

“BANDAI NAMCO Entertainment Europe is proud to announce its new arcade football game based on Captain Tsubasa franchise – Captain Tsubasa: Rise of New Champions. The game will launch in 2020 for PlayStation4, Nintendo Switch and PC.

Western fans will finally be able to get their hands on a Captain Tsubasa video game on PlayStation®4, Nintendo Switch™, and PC. For the first time ever it brings a refreshing look to the football genre with the exhilarating action and over the top shots that made the license famous. Captain Tsubasa: Rise of New Champions features anime-like graphics and accessible gameplay. While offering multiple game modes to keep the football fan on the pitch and off the bench!

“Securing the Captain Tsubasa license to bring a football game to the western market is a dream come true.”. Says Hervé Hoerdt, Senior VP Marketing, Digital & Content at BANDAI NAMCO Entertainment Europe. “Captain Tsubasa: Rise of New Champions isn’t created just for the fans of the manga, but will be enjoyed by football fans all over the world!”

Also adding to the description of the game

“A new Captain Tsubasa game is here, 10 years after the release of the previous console game!

Captain Tsubasa is a manga masterpiece, globally beloved even now in 2020.

The new console game will be released as an arcade football game.
Everyone can enjoy exchanging super plays against rivals with up to date graphics!”

But What About Gameplay?

Part of the globally popular Captain Tsubasa series, this title has anime-like graphics that are familiar even overseas.

The detailed presentation of every single style of our popular characters will heat up battles of the new Captain Tsubasa game!

“This title adopts the arcade football genre that allows gamers to experience super plays in real time. One of the reasons Captain Tsubasa games are so popular.

This is an exhilarating action game that enables players to enjoy scoring goals while performing dream skills against opponents at high speed by mastering the simple controls.”

Finally we are so excited to try the DOOOOOOOORAGOOOON SHOOOOOOOOOTAAAA.