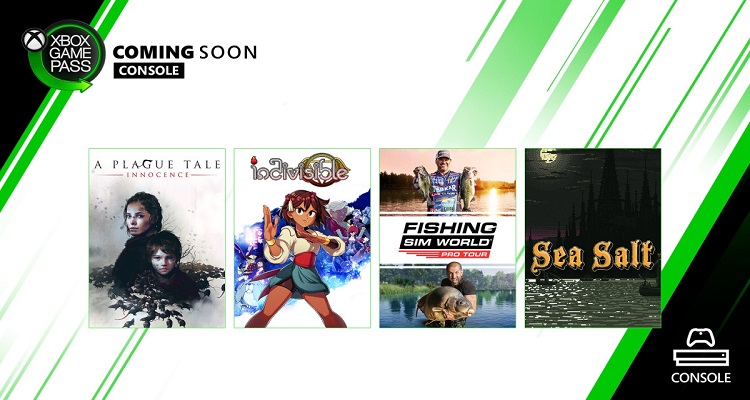 And They Are Heavy Titles

It’s no doubt that Xbox Game Pass is one of the best services out there for gaming consoles, not just they allow you to play and download tons and tons of great games, but also for a very low price.

The last addition to this service was Children of Morta. While there was a lot of confusion because there wasn’t an official announcement, it was still available to download if you were a subscriber.

Microsoft announced that even more titles are coming to Xbox Game Pass on Xbox One and PC. So let’s take a look.

“Follow the grim tale of young Amicia and her little brother Hugo, in a heartrending journey through the darkest hours of history. Hunted by Inquisition soldiers and surrounded by unstoppable swarms of rats, Amicia and Hugo will come to know and trust each other. As they struggle to survive against overwhelming odds, they will fight to find purpose in this brutal, unforgiving world.”

“Immerse yourself in a fantastical world with dozens of playable characters, a rich storytelling experience, and gameplay that’s easy to learn but difficult to master. Play as a fearless girl named Ajna whose life is thrown into chaos when her home is attacked and a mysterious power awakens within her.”

Indivisible will be available on Xbox Game Pass on Xbox One on January 23.

“Sea Salt is an action strategy hybrid, in which you are an old god summoning unfathomable horrors to blight the human lands. By summoning a tide of minions, your army will emerge from the sea to take vengeance on the religious figures who have dared to defy you.”

“Compete in an authentic career mode against professional anglers to become the best fisherman in the world. From bass, carp, and predator fishing, play your way in custom multiplayer competition and online tournaments.”

Fishing Sim World: Pro Tour will be available on Xbox Game Pass on Xbox One on January 30.

So what do you think of the new added games? Which ones will you play first?