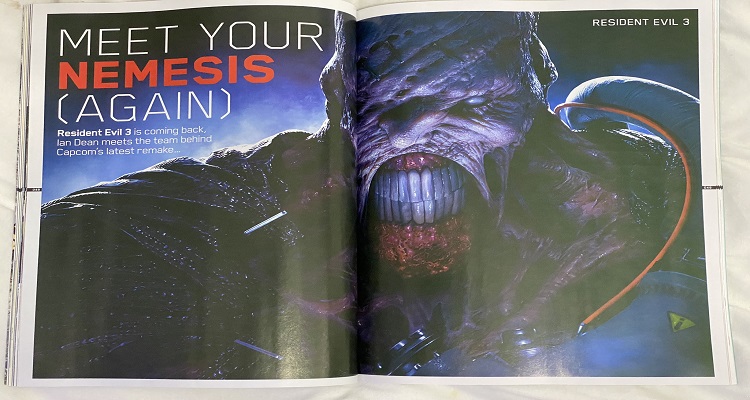 We have been hearing lots of interviews and information lately regarding Resident Evil 3 Remake. Last one we heard was about the game reaching its 90% development milestone and won’t suffer any delays (hopefully). We covered this information in our Bulletin yesterday which you can check here.

Let’s jump right into the latest news of this upcoming “STAAAAARS” gem.

1- Resident Evil 3 Remake’s Nemesis will be smarter than Mr. X

Well this isn’t considered news because we already know that. Nemesis is going to haunt the hell out of the players. In an interview with PlayStation Magazine, producer Peter Fabiano shed a little light on what’s in store for the remake. He also mentioned that Capcom has improved the artificial intelligence that was used in the Resident Evil 2 Remake to make Nemesis cleverer than Mr.X.

2- You shouldn’t expect an exploration of Raccoon City like in an Open World game. But there will be plenty of exploration in many areas of the city.

As mentioned by Resident Evil 3 Remake’s producer Peter Fabiano” It’s [still] not an open world game, you’ll find that you’ll be able to walk through areas and explore a bit more than in the original. Keep in mind that you never know what might lurk around the corner.”

That means players will have to watch their steps because Nemesis has new tricks up his sleeves. The old veteran players will remember that Nemesis would crash the party in scripted moments, and with each appearance, he would be flaunting a new weapon and new combat style for players to adapt (or die) to. But this time, in the remake, Nemesis will be set lose in the city, which makes him a danger and immediate threat that would appear in front of us at any sudden time.

Fabiano also mentioned “You never know when or where he might show up. Sound is very important, especially in horror games, and we are always working to ensure that sound design adds to that feeling of tension. We’re using similar sound techniques from Resident Evil 2, and even some of the same sound designers. Photogrammetry and motion capture techniques allowed actors to bring the characters and their expressions to life”.

3- Mercenaries mode will not return.

4- The mutant worms will be back.

5- Carlos will be playable.

6- There will not be the action choice mechanism as in the original, which could give different sequences of the game afterwards or an advantage over a danger.

Resident Evil 3 will release 3rd April on the PC, Xbox One and Playstation 4.