New Information Regarding The Last of Us Part II 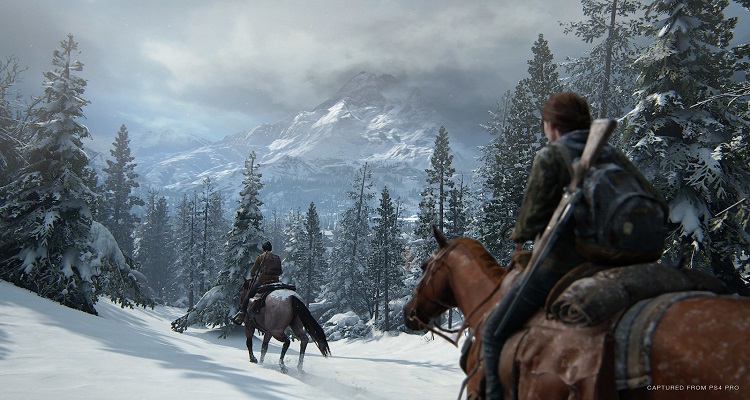 Arne Meyer, the director of communication in Naughty Dog, has shared with fans new information, in a recent playstation blog regarding the game. This made the fans very happy (not including me because I find this game overrated).

Arne said “There are a scant 108 days to go until The Last of Us Part II releases on May 29!. We are thrilled to say that we’ve entered the final stretch of production and are putting the finishing touches on The Last of Us Part II as you read this. The end of development puts us one very large step closer to launch. We know all of you have been so patient over the last few years. So it’s been thrilling to see our game taking on its final shape and knowing that means it will be in your hands soon. Today, we’re kicking off regular communications about The Last of Us Part II with a few awesome announcements!”

The Last of Us Part II Ellie Edition Returns

“You’ve been sending us letters, e-mails, and messages on social media asking if we could get more Ellie Editions in your hands. Since selling out last September, we’ve been working closely with the teams at PlayStation to make more The Last of Us Part II Ellie Editions. We’re delighted to let you know the Ellie Edition will be back and available for pre-order in limited quantities (available at select retailers across US and Canada only) starting Thursday, February 13, at 6:00am PST at Amazon, Best Buy, GameStop, Walmart.com, Target, and in Canada exclusively at EB Games for $229.99 USD / $299.99 CAD MSRP.”

“Not only did Ellie and Joel’s journey begin in Boston. But PAX East also has special meaning for us. It was where we gave you the first ever opportunity to go hands on with The Last of Us back in 2013. We thought it would only be fitting to return to the city that started it all to give fans the first-ever public hands-on with The Last of Us Part II. From February 27 until March 1, attendees will have an opportunity to play “Patrol,” featuring an early area of the game where Ellie and Dina must venture out of Jackson into the surrounding areas to clear out infected.

The demo will span an hour of gameplay and provide just a small glimpse into what awaits you in the full game. Attendees can visit the booth to play the demo, but space is limited! We recommend securing your spot via the Experience PlayStation mobile app available on Apple Store* and Google Play**. New appointments will be available each day of the show. For more information about the demo and to get updates about our presence at PAX East, keep an eye on Naughty Dog’s Twitter, Facebook, and Instagram pages.”

The previous information is just part of the full reveal. If you want to check the rest go to the blog mentioned in the beginning of the post.