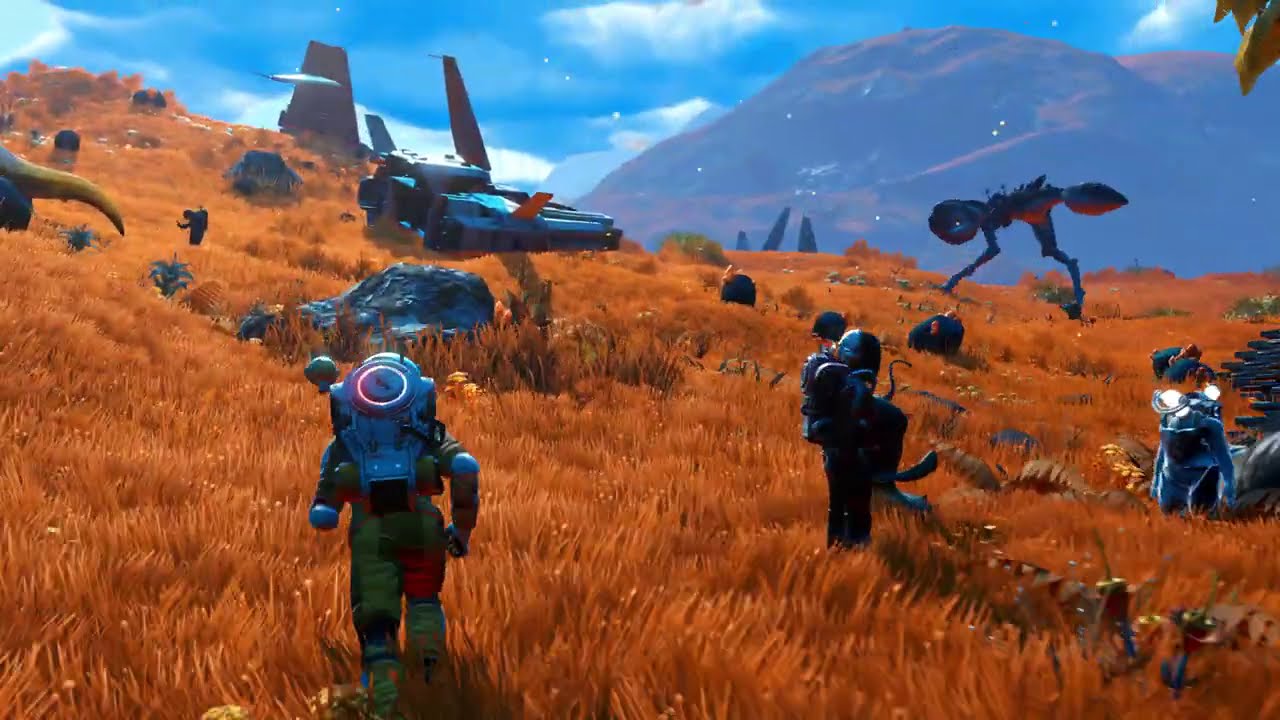 The Sentinel update for No Man’s Sky arrived this week, bringing with it yet another significant free content dump. It’s the latest in a long line of large, game-improving upgrades, with new story-driven missions and AI drone companions, among other things. It’s also the latest in a long line of huge, game-improving updates – and it appears Hello Games isn’t calling time on its space game any time soon.

“As many updates as we’ve done since launch and as many bucket list items we’ve checked off, our list of things we’re excited about never seems to get any shorter,” Hello Games founder and No Man’s Sky creator Sean Murray tells IGN. “The team are always coming up with new things that they want to do with the game: new content and features and areas for improvement.”

Murray expresses his amazement that the No Man’s Sky team’s energy levels are “as high now as they’ve ever been”, and that, while the studio doesn’t tend to “talk about what’s on that list publicly […] suffice to say we’re not done yet by a long shot.”

Exciting news for fans of the space exploration game, which has gone from strength to strength in the last few years, thanks to a seemingly endless stream of major updates that have added everything from giant mechs with jetpacks to VR and even Mass Effect’s Normandy SR1. It also sounds like we can expect more in the future along these wide-ranging lines, as Murray indicates that each update adds more specific tweaks as well as “new broad strokes”.

“I like to think that No Man’s Sky is such a large game that we have to paint in broad brush strokes, and then each update comes along and fills in some finer detail but also paints more new broad strokes,” he tells the site. “That’s certainly the case here. If you look at our patch notes [for the Sentinel update], you’ll see an absolute ton of refinements, but also huge new features, too.”

There’s no word on what Hello Games has in store for its flagship game next, or for how much longer No Man’s Sky will keep growing through these hefty updates, but if the team isn’t yet done with it “by a long shot”, then hopefully we’ll see plenty more to come in 2022 and beyond.