Now You Can Edit Saved EventLab Routes in Forza Horizon 5 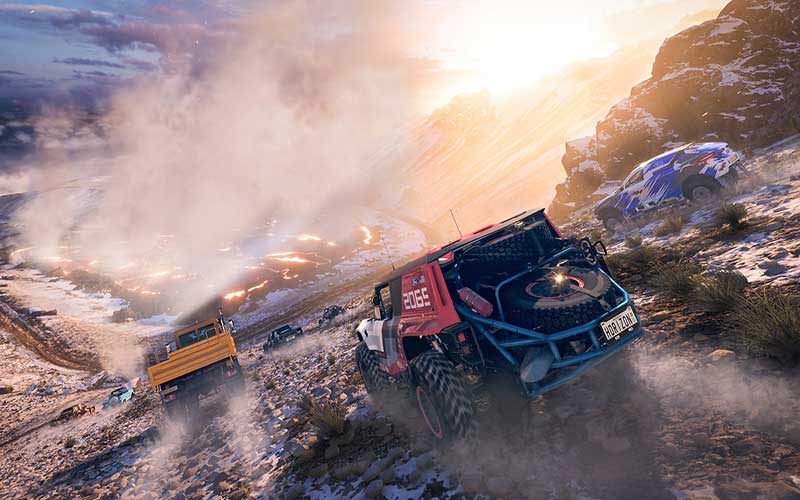 There’s a new patch out for the car-centric open-world game Forza Horizon 5, and one of the most welcome additions with this update is the ability to return to races you’ve created with the EventLab feature and edit them afterward. It’s a change that should make the EventLab a much more attractive proposition since it eliminates the need to start over from scratch if you realize you’ve placed something incorrectly.

Forza Horizon 5’s EventLab lets you set up as much or as little of a custom race as you like, and things can get pretty complex when you get into planning your own routes, rather than using a premade course. The latest patch makes previously saved tracks editable, and it adds quite a few more welcome tweaks to the tool as well.

For instance, you can search for EventLab events by keyword, and restrict your races to both “2020s” vehicles and Chinese cars. You’ll be able to add and edit checkpoints in Route Creator while you’re at a Street Race location now, and EventLab events can be kicked off with the Link feature. The patch notes also say you’ll see more EventLab creations surfaced at every activation point, so you should get a broader selection of user-designed courses from here on out.

The patch includes a few PC specific updates, too. While running on ultra quality settings, you should see better distance texture quality, and foliage should look slightly better as well. Chromatic aberration has been fixed so it doesn’t get too extreme on ultra-wide screens, and it now turns off if you disable screen effects.

PlayGround games says it’s also fixed the framerate limit option so that it “works as expected,” and the longer-than-expected load times PC users were experiencing when playing with unlocked framerates should be fixed now.

Another notable update in this patch is the removal of farmable wheelspins from car mastery trees. Models whose trees allowed for exploit loops have had their mastery points refunded, so you’ll have to go reassign those if you own one of the offending cars.