Path of Exile: Siege of the Atlas Expansion is out now 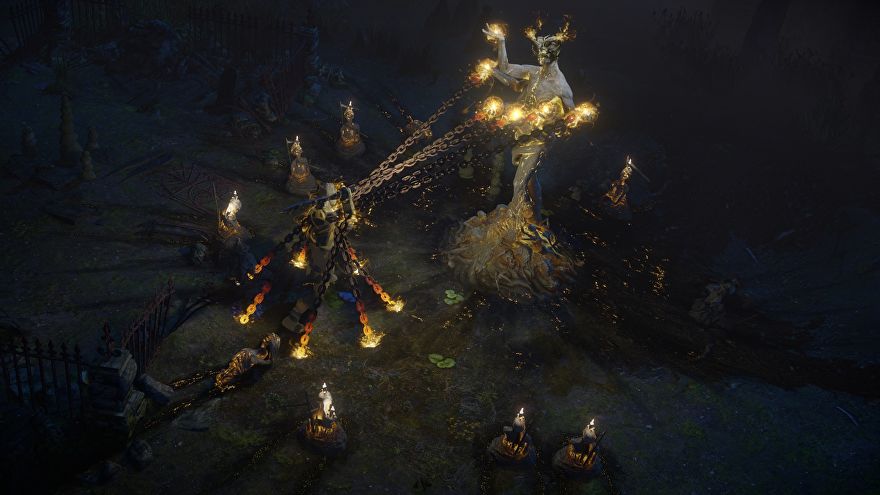 Siege Of The Atlas, the latest expansion for Path Of Exile, is now available – and it appears to be running nicely. It streamlines the Atlas endgame while simultaneously making it more customizable, as well as introducing additional eldritch bosses to slay.

It’s called the endgame, but really PoE’s Atlas Of Worlds is the game and the campaign that comes before it is just preamble. The Atlas is refreshed every three months (with characters reset at the same time), and this time the change lets you construct your own endgame by pulling together elements from previous expansions, which PoE calls leagues.

Siege Of The Atlas adds The Searing Exarch and the Eater Of Worlds, who sound like chef and dinner guest respectively. They’re eldritch horrors you’ll need to wallop to bits. The expansion also removes regions from the massive, passive skill tree, turning it into a single just-as-massive 600-skill tree to work through. The Siege Of The Atlas website has more details on all the changes and additions.

Last year, Path Of Exile’s Ultimatum expansion had a rough launch due to server queues, with players’ frustration exacerbated by their noses being pressed against the glass by streamers granted early access.

Siege Of The Atlas’s launch seems to have gone off without a hitch, and one of the top voted posts on the game’s Reddit page right now is commending Grinding Gear Games for its smoothness. GGG’s Chris Wilson responded to say that “it was mostly due to the hard work that our team put in polishing off this release over the last few weeks.”

Path Of Exile and its expansions are free-to-play and funded via cosmetics and inventory expansions. You can grab it from Steam.