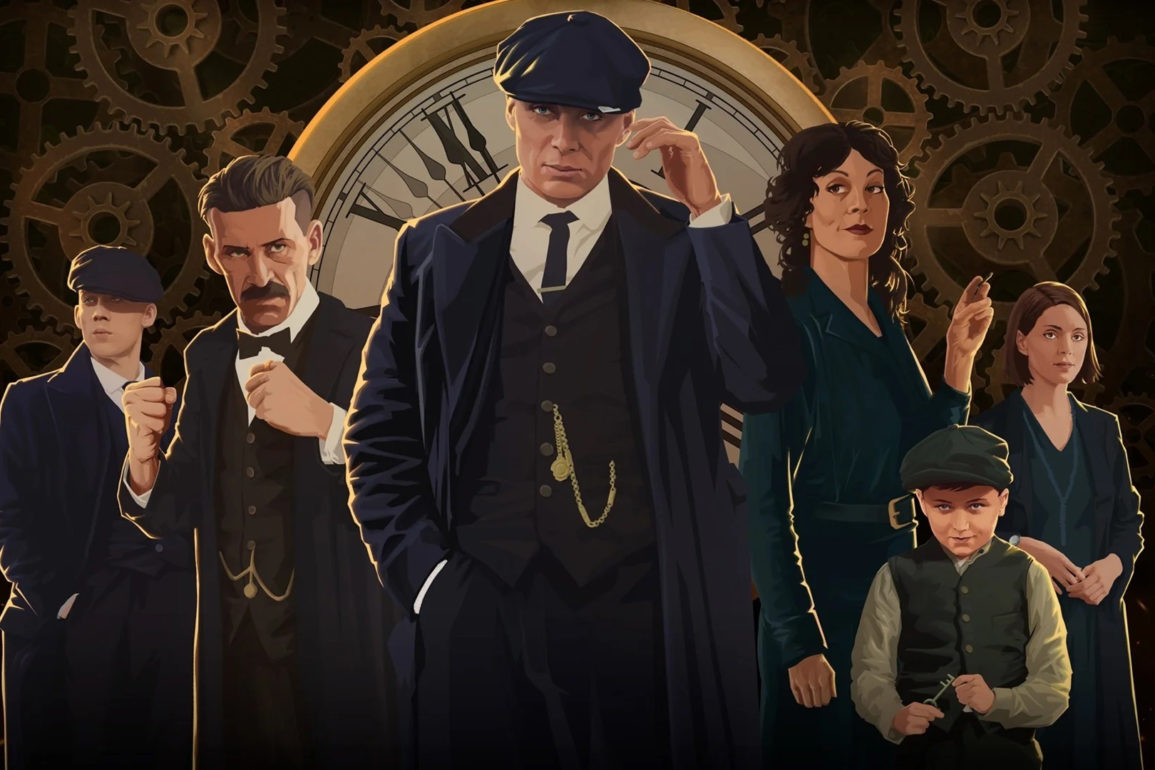 IGN exclusively announced the brand new game, Peaky Blinders: Mastermind, which is based on the popular television series Peaky Blinders. The game is a Top-Down view similar to the classic Commandos games. Where you take part in planning and moving the members of the Shelby gang to complete missions. Such as assassinating targets, fighting, prison breaking, and many more activities associated with the gang in the city of Birmingham.

Check out the official trailer of Peaky Blinders: Mastermind

Mastermind comes with a fairly unique twist – every level of the top-down game has you controlling six members of the show’s Shelby family simultaneously. That’s made possible by putting the entire level on an adjustable timeline, which can be rewound and replayed, allowing you to adjust the actions of each character to find solutions to obstacles, whether violent, stealthy or both.

Each member of the Shelby family comes with unique abilities – Tommy (threatening), Arthur (brawling and door kicking), Polly (bribing and lock picking), John (arson and brawling), Ada (distraction) and Finn (sneaking and pickpocketing). You’ll need to use each one, linking the many abilities in sequence, to get through the game’s challenges. It’s essentially an action-tactics game.”

When does the story take place?

Made in collaboration with show creator Steven Knight, Mastermind’s story acts as a prequel to the show’s first season, as the Shelby family discovers a plot to put their burgeoning criminal empire out of business. The game’s set-up is a nod to Tommy Shelby’s ability to think through complex scenarios in his head – you’re essentially creating, enacting, and retooling his plans before they happen for real. The game’s soundtrack has been created by Feverist, the art-rock band that scored the show’s first season.

Game director James Marsden explains the inspiration for the game’s core mechanic: “There’s a point in the show where Tommy Shelby explains he has no concern for the past, nor the future; all he cares about is a crucial moment he calls the soldier’s minute. We designed our game around that idea, allowing the player to plan actions backward and forward in time, choreographing an ensemble cast of characters to synchronize their actions during these crucial moments. The player gets to feel like the smart and sophisticated leader that Tommy is, so we think becoming the mastermind will resonate with fans of the show and gamers alike.”

What is the release date of Peaky Blinders: Mastermind?

The game is set to be released in summer 2020. The developers have not announced anything yet but from the looks of it the game is really polished and the visuals are amazing which indicates that only some final touches and bug fixes remain in the development process

Stay tuned to our blog to find out the release date once it is announced. Check out other games that will be released this summer.