Phasmophobia developers Hint at a Journal Change and “Extra Room” 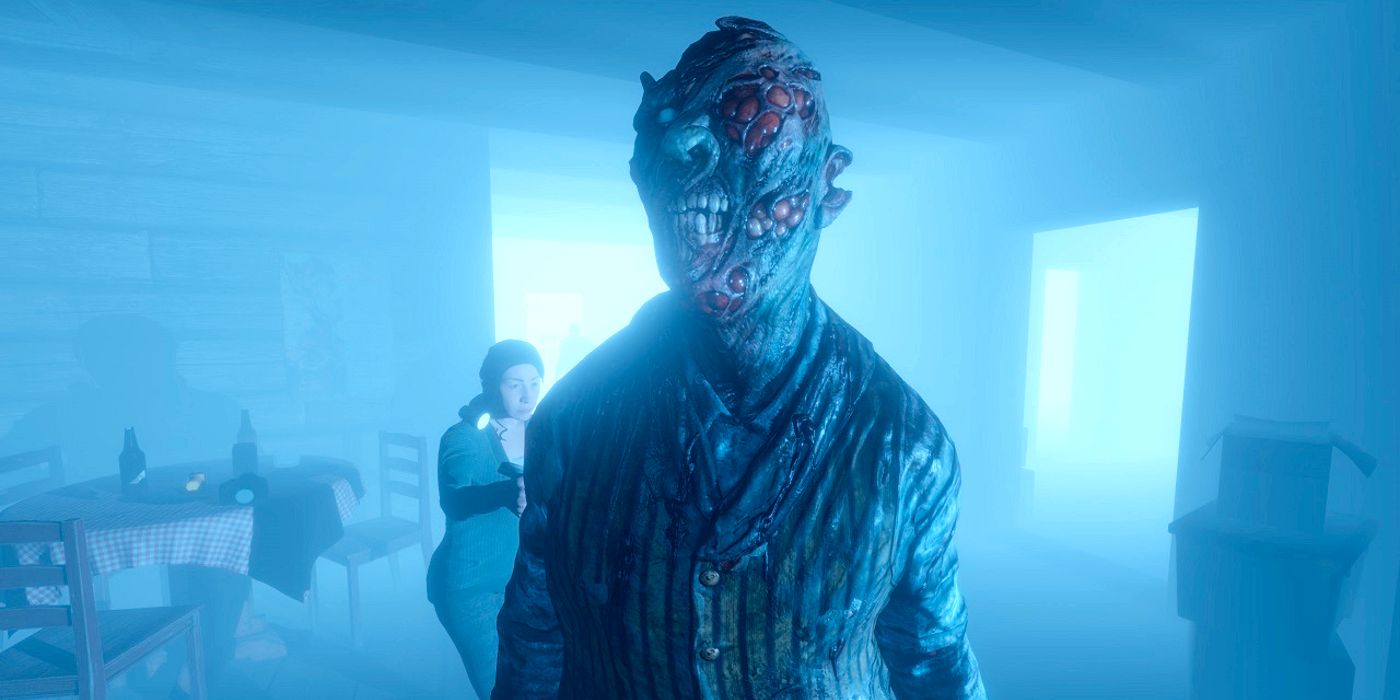 Kinetic Games, oh, Kinetic Games. Phasmophobia developers enjoy teasing what’s next in the ghost game, and we all enjoy guessing what each new feature is. The latest teaser comes from lead artist Corey J Dixon on the Phasmophobia Discord server’s development preview channel, and it teases some upcoming modifications to the game’s logbook, as well as the fact that the developers were able to “create some extra room” in it. Hmm.

“Soon you’ll be able to eliminate those pesky ghosts from the journal whenever you want!” Dixon notes in the channel, along with a very mysterious, “we’ve also managed to make some extra room…” with the eyes-peeping emoji for added tease effect. This is alongside a sneak peek of the journal’s evidence page, which shows what appears to be a slight re-jig to its design.

The game’s anniversary update last September added a journal overhaul that let you cross off evidence on the ghost evidence page, but it seems there may now be some potential further tweaks to this. The image (below) appears to condense the ghost types and the player’s guess of who that round’s ghoulish culprit is into one section, with cross-outs and circles denoting eliminated and suspected ghost types.The best dinosaur games on PC | PCGamesN

As per Dixon’s message, it seems an upcoming change will let you eliminate the ghosts you want to exclude from your investigation at any point, which should be really handy in quicker games where you’re trying to get in and out as fast as you can. It’s not clear how this will work gameplay-wise just yet, but hopefully we’ll get to find out soon.

As for the note about making some “extra room” in the journal, which seems to leave some space at the bottom of the ghost list, it’s not clear what the dev’s teasing at this point. However, we’ve seen journal-based teasers for new ghosts on the way in the past, so perhaps the devs are hinting at needing more room on the page for something in that vein, though this is just guesswork for now.

There’s nothing on the public Trello board’s roadmap that mentions new ghosts, specifically, though as we’ve seen in the past, not everything the devs have up their sleeves necessarily makes it onto the board. It’s all very mysterious and intriguing for now, but hopefully we should get a clearer idea of what Kinetic has in mind for the journal soon.