Playstation Plus Free Games for April 2020 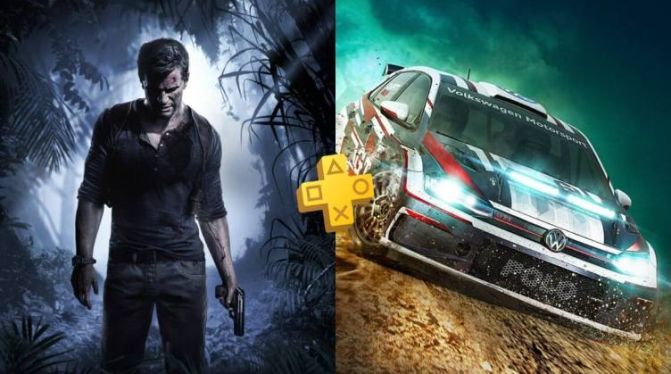 The quarantine era is officially happening around the world. and sony has revealed their PS Plus April games. Seems like Sony is giving away their exclusive titles each month as they depart from the PS4 and into the PS5 release. This month’s games are Uncharted: a thief’s end and Dirt Rally 2.0.

The new titles will be available for all PS Plus owners on the 7th of April 2020. Sony released the reveal video a while back but quickly made it private. They announced the games too soon I guess. But it is not really a big surprise to prepare a huge announcement for. The titles are very weak and sony is no longer capable of sustaining its free PS Plus games. Almost like they ran out of titles to give so they are going through some exclusives.

PS Plus April games are fine I guess?

Well, the titles are not bad, but, given the fact that many companies are giving away free software and making promotions for the coronavirus quarantine period, Sony seems a bit off. They are giving away a 4 years old exclusive and a silent release racing game from Codemasters, the studio behind Onrush.

Uncharted 4: A Thief’s End will not redefine the gaming landscape like its predecessors, but Drake’s latest adventure is undoubtedly his greatest yet. With this PlayStation 4 exclusive voyage, Naughty Dog has once again raised the bar for what’s possible in the cinematic action game space. And while, in its fourth installment, Nate’s globe-trotting trip will struggle to surprise those who’ve grown weary of the Californian studio’s set-piece laden stories, it’s still a significant cut above practically every other narrative-driven experience on the market.

That’s not immediately obvious, however. A Thief’s End takes a little while to get started, with the opening exchanges extended in order to lay the groundwork for Sam – the protagonist’s long-lost brother, who’s never been mentioned in previous editions. The developer stops short of retconning the story, but by squeezing the secret sibling into the existing property’s plot, you do have to suspend your disbelief; it does a very good job of ensuring that the main character’s silence makes sense, but as with anything, intense scrutiny will leave you questioning a few things. “Source: Pushsquare.com“

Dirt Rally 2.0 is focused on rallying and rallycross. Players compete in timed stage events on tarmac and off-road terrain in varying weather conditions. The game features stages in Argentina, Australia, New Zealand, Poland, Spain and the United States. Codemasters also announced plans to expand the game through the release of downloadable content, and released stages in Finland, Germany, Greece, Monte Carlo, Sweden and Wales. These stages are remastered versions of the stages included in the original Dirt Rally. There is also a rallycross mode with World RallyCross Supercars and eight circuits from the FIA World Rallycross Championship. Dirt Rally 2.0 lets players choose between a total of fifty cars, including the aforementioned World Rallycross Supercars, historic rally cars from the 1960s through the 1980s, Groups A, B and R rally cars, and modern rally cars from the 1990’s to the late 2010’s. This was later expanded to thirteen locations through downloadable content. Every car can have its setup adjusted before a race.

The game also features a new weather modeling system where changes in the weather affect the relative level of grip and require players to take a more nuanced approach to drive. The weather also affects visibility in stages. The surface of the stages is also subject to degradation; as more cars pass over a stage, more than 100 layers ensure that the road surface will start to shift and break up, affecting grip levels. The gameplay, therefore, demands maximum concentration, especially as some stages can take more than ten minutes to complete. There is no rewind function and damages not only have a visual but also mechanical effect, with it being possible to sustain “terminal damage”, which automatically ends whatever race the car is in as a DNF. “Source: Wikipedia.org“

What is up with Sony and Playstation?

We are all lost for words at this point but sony’s future does not seem bright at all. Their subscription service is falling apart and their console announcement was a disaster. Even Epic Games gave away World War Z, an online and offline game with a decent campaign mode, for free. Even without subscriptions. I hope Sony can take better care of their consoles because it is literally dying.