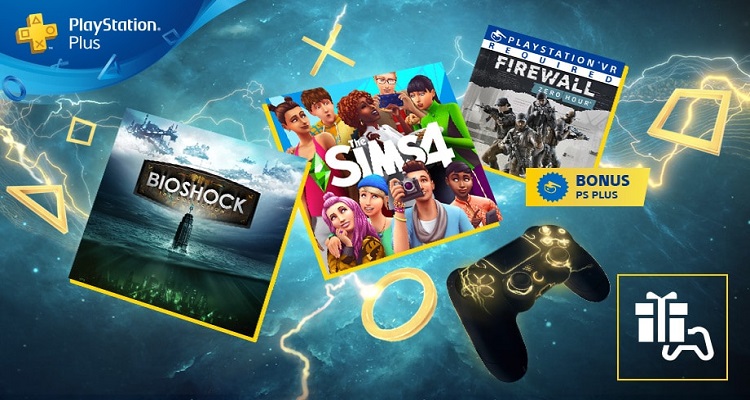 I don’t know what is wrong with Sony’s latest lineups for PS Plus games this year. Previous month they gave us nearly 2 PS3 Titles. Goat Simulator which was originally released on the PS3 and ported to the PS4, and Uncharted The Nathan Drake Collection which is also a remaster for the 3 parts released on the PS3 which were: Uncharted Drake’s Fortune, Uncharted 2: Among Thieves and Uncharted 3: Drake’s Deception. And this month is not entirely different than the previous one, and why is that? Let’s get more into these titles.

Ok I know that this series is ADORED by most people in the world including me, but let’s get something straight here, the 3 parts included in the collection were previously released on the PS3 and now remastered in the collection, so what new game did Sony offer us?

I got to admit, this one is new. Never released before on the PS3, The Sims 4 is the latest in Electronic Arts’ life simulation series, which offers a wide variety of expansion packs and add-ons. Taken from EA official site

“A variety of Sims are yours to personalize, each with distinct appearances, dynamic personalities, and inspiring aspirations. Use powerful customization features to bring your imagination to life. Create yourself, your favorite celebrities, your fantasy, or your friends! Change your Sims’ clothing to reflect your mood, develop stories that deepen your world, and give their lives purpose with traits and aspirations.”

“Effortlessly build and design ideal homes for your Sims using Build Mode. Construct the home of your – and their – dreams by planning its layout, choosing furnishings, and altering the landscape and terrain. You can even add a pool, basement, and garden, or rebuild with new ideas and designs!”

It is a game made exclusively for PSVR, where you and three other players can tackle tactically demanding shooter situations via online multiplayer. It supports the PSVR Aim controller for increased precision, but can be played with standard Move controllers too. The game’s new season starts on Feb. 4, the same day it goes live on PlayStation Plus.

I hope next month’s lineup would be better somehow, or at least give us more PS4 Games Sony !!